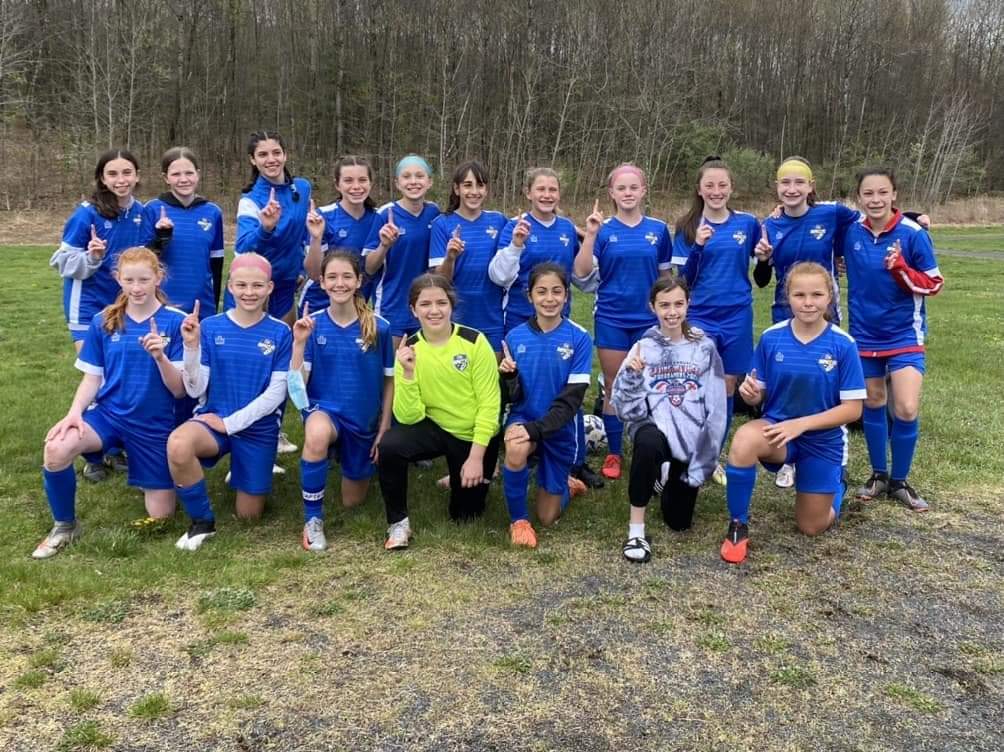 MONROE, CT — U13 Olé Impact FC’s soccer team, which has an 18-1-1 record, won first place in the Hartwell Tourney and is currently ranked sixth in the state and first in its EDP Division.

The girls not only won 18 games this season, they dominated their opponents, scoring 74 goals and giving up only 17.

Flashback to 2016, a special group of eight-year-old girls embarked on their soccer journey not knowing that their paths would all cross several years later to form one of the best soccer teams in the state.

They all started playing for AYSO at an early age and eventually followed their passion for the game, which led them to the Monroe Soccer Club, the Monroe travel soccer program.

Under the coaching and direction of Craig McLeod, the girls were taught the “right way to play soccer” and ultimately climbed to two state cup games where they learned about defeat and how that would fuel their motivation to grow.

As their skills grew, so did their friendships. The only thing as strong as their desire to win was their bonds for one another. As they continued to develop and showcase their abilities, they took the next step towards competition and became a premier level team at 11 years old.

Over the next two years, Coach Rodrigo Nunes would take the program that Craig helped form and build upon their foundation. In addition to new coaching, the roster would be bolstered by several newcomers who would make immediate impacts on the team.

Under Coach Rod’s leadership, these girls learned how to play a beautiful brand of soccer filled with communication, movement and impeccable passing. As parents and spectators, we are amazed at how well coached this team is and believe strongly that their trajectory is limitless.

We are truly blessed to have Coach Rodrigo who brings such enthusiasm and expertise to the game which then translates to the girls’ play on the field.  This team consistently demonstrates best in class sportsmanship and always exercises discipline. This is a direct tribute to their respect for their coach and leader.

After dominating throughout the 2020 season, the decision was made to move up to the EDP Division 1 North where we continue our climb to the top. The challenges ahead will continue to teach these girls how to overcome adversity and use any obstacles as fuel to motivate them towards achieving their goals.

This team has learned resiliency and what it means to work for something they love. Their goal is to compete and win at the highest level of soccer and there is nothing that is going to stop them.