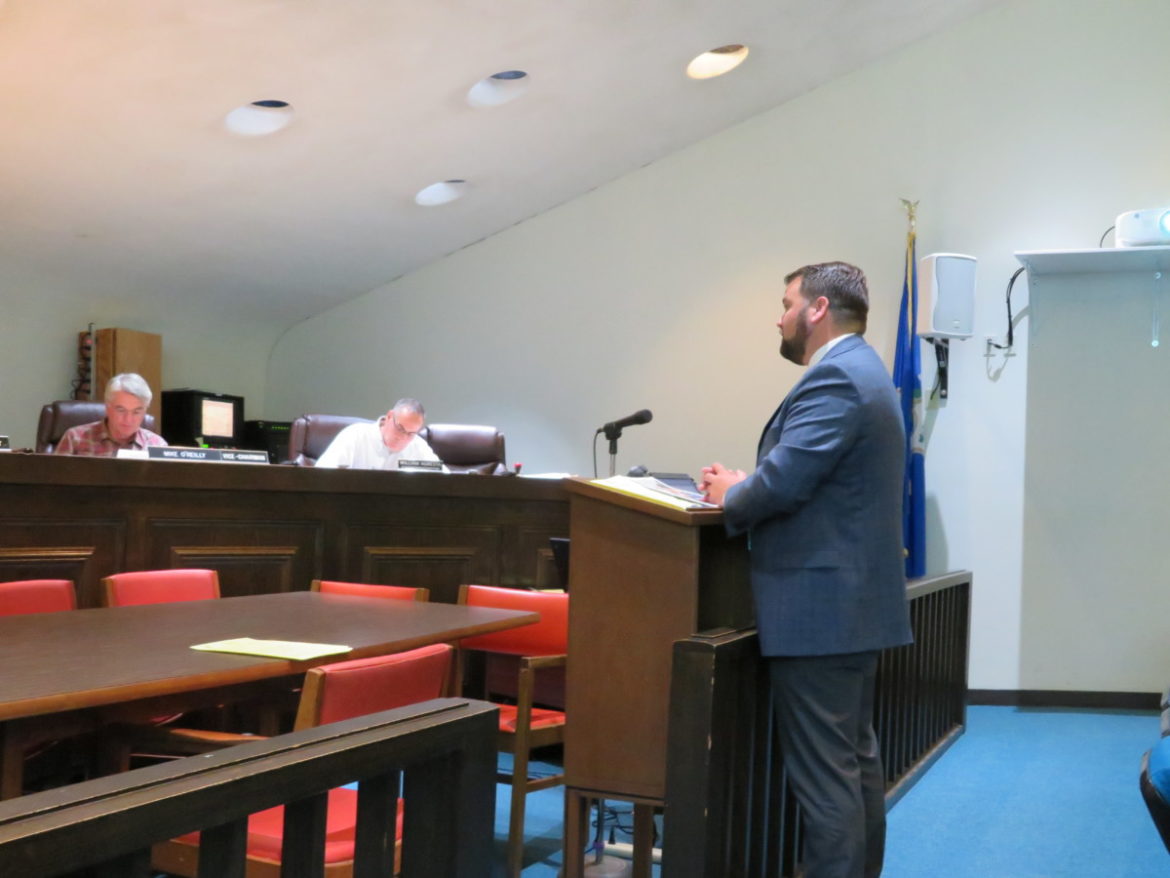 Matthew LaPrino, executive director of the Central Connecticut Coast YMCA, talks about its after school program at the Planning & Zoning Commission meeting Thursday.

Lakewood-Trumbull YMCA’s after school program has been helping children build self-esteem, character, values and leadership skills in safe environments at Stepney and Fawn Hollow elementary schools for well over 25 years. Now it plans to expand the program to include Monroe Elementary School.

On Thursday night, the Planning & Zoning Commission unanimously approved a special exception permit needed for the YMCA to apply for state certification to house its program at the school.

“Children are currently bussed from Monroe Elementary School to Stepney and Fawn Hollow for the after school program,” Matthew LaPrino, executive director of the Central Connecticut Coast YMCA, told the commission.

He said parents’ interest in housing the after school program at Monroe Elementary School drove the application to expand the program in town. LaPrino said at least 20 families expressed interest.

He said families pay for the program and financial assistance is provided for those who qualify. The Monroe Board of Education does not charge the YMCA for using space at its schools.

The Monroe Elementary School program would be primarily held in the cafeteria, but would also take place in the gym and on the playground when those spaces are available.

“There won’t be a space we’re using that the state won’t know about,” LaPrino said.

He said the state would do inspections of the program, which also requires Monroe Health Department approval.

The program at Monroe Elementary would run from 2:50 to 6 p.m. and snacks would be served. LaPrino said the food would be nutrition based, following the YMCA’s “healthy eating and physical activity model.”

LaPrino said the YMCA also has before school programs at Fawn Hollow and Stepney, but Monroe Elementary starts too early to offer it there.

At the recommendation of Land Use Administrator William Agresta, the commission’s approval carried one condition. A maximum of 60 children may be enrolled in the program, unless the state requirement is lower.