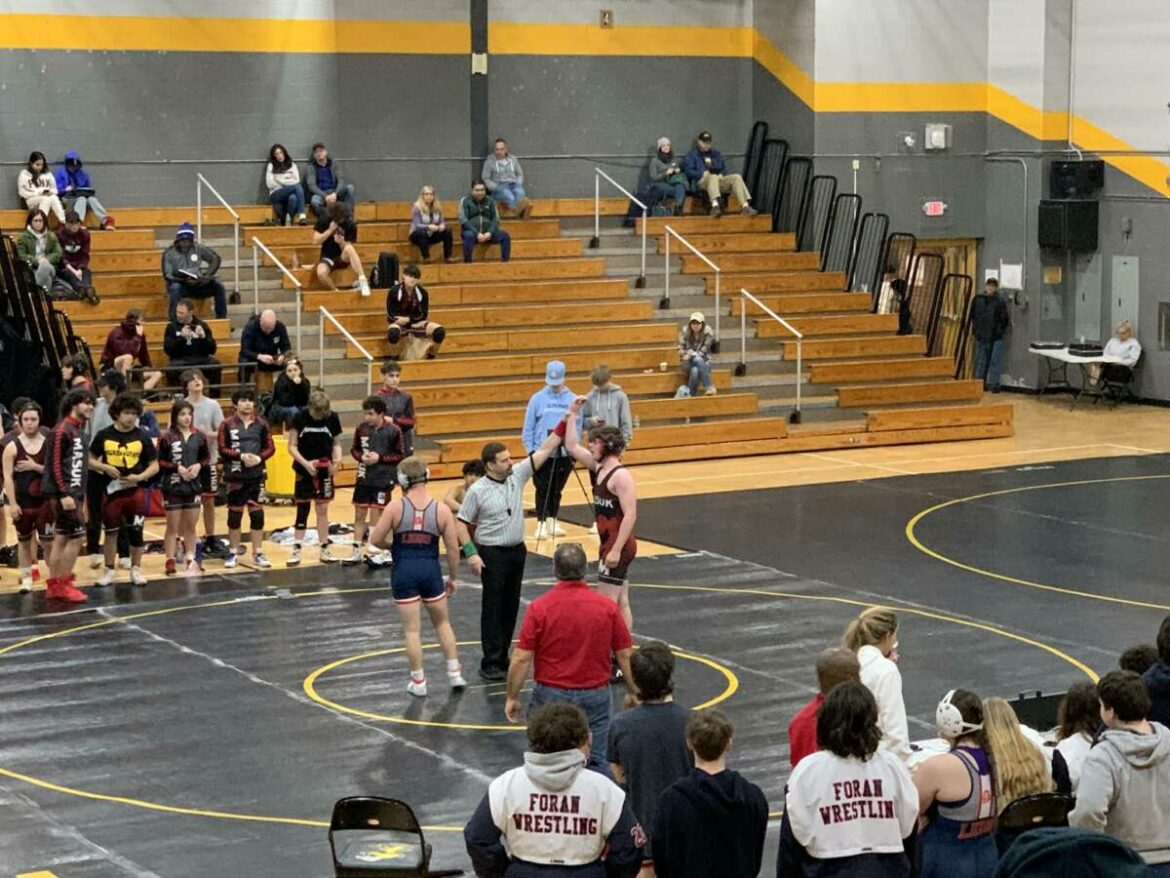 MILFORD, CT — Masuk High was among a handful of teams that came together on the Jonathan Law mats to wrestle on Jan. 7, and the Panthers had some individual and team success. Masuk defeated both Law and Foran high.