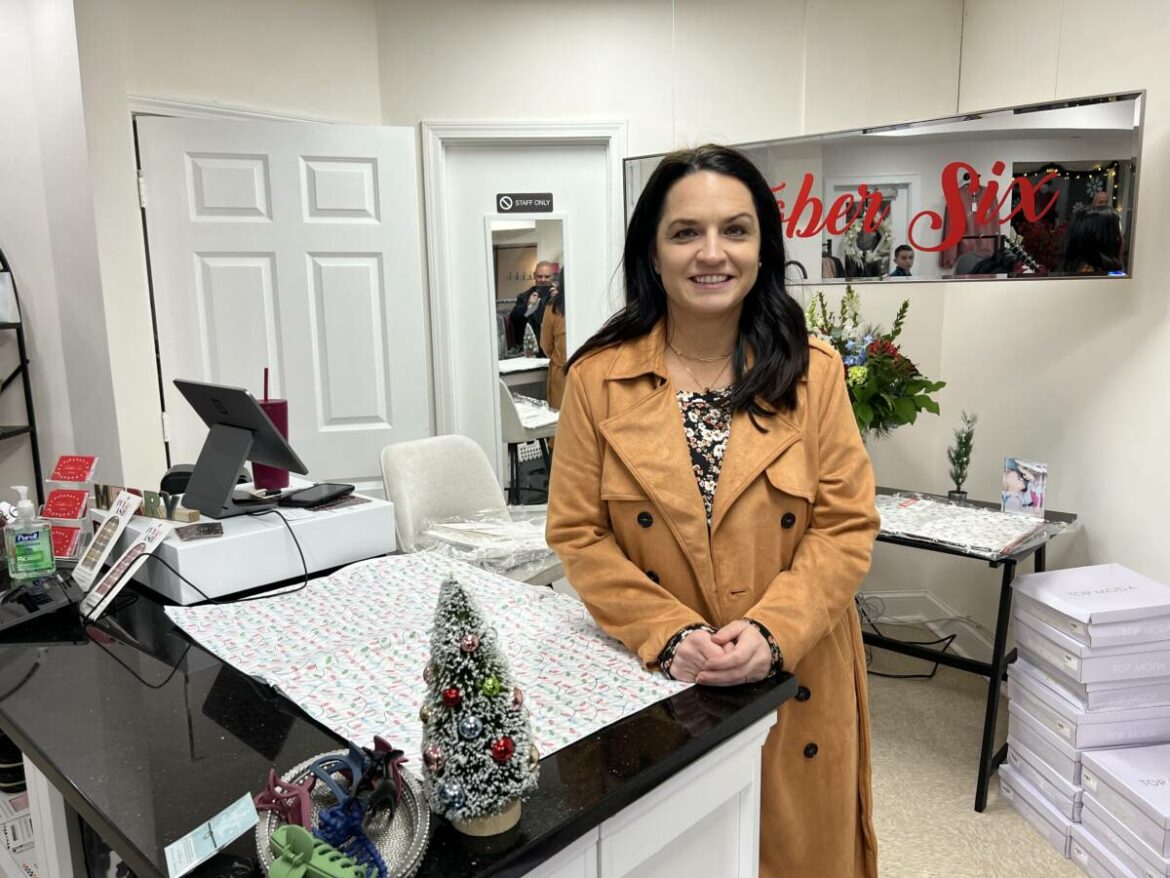 Chelsey Carbone hopes to provide a more personal experience for customers of October Six, her boutique at 446 Main St. in Monroe.

MONROE, CT — Chelsey Carbone remembers when her mother dropped her and her younger sister, Ryan, off at the Milford Mall while growing up. The sisters loved shopping together and Carbone even met her future husband during one excursion.

The two sisters dreamed of opening a business of their own one day, but sadly, Ryan Smith lost her life to COVID-19 last year. She was 33-years-old.

Soon after, Carbone took the plunge, starting her own online clothing boutique, naming it October Six to honor her late sister’s birthday. 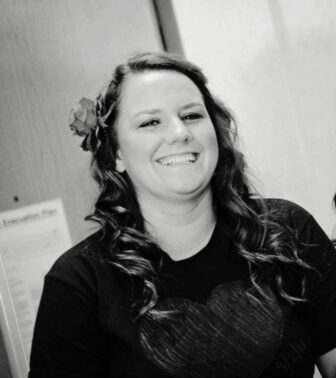 This year, Carbone moved into a brick and mortar location at 446 Main St. in Monroe, behind Uncle Al’s Ice Cream Parlor. October Six has clothing, shoes, jewelry, handbags and gifts for women and girls.

“You lose that experience online, of hands on, in person service and the personal experience of shopping together,” Carbone said.

However, October Six still takes online orders through its website.

The store opened on Oct. 18 and the Monroe Chamber of Commerce organized a grand opening celebration held there Monday evening.

Chelsey Carbone’s husband, Rob Carbone, and their nine-year-old son, Bobby, were also there, along with Chelsey’s brother, Guy Smith, parents, Guy Sr. and Debbie, both sets of inlaws, and her nieces and nephews. 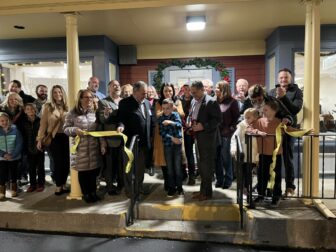 The Monroe Chamber of Commerce planned a grand opening celebration for October Six, a boutique at 446 Main St. It included a ribbon cutting ceremony.

Kellogg helped Carbone to cut the ribbon with an oversized pair of scissors during the ribbon-cutting ceremony.

“Congratulations on behalf of the town,” he said. “We’re very happy to have you here and we wish you many years of success.”

Giovanni said he spoke to several people who had visited October Six, who gave rave reviews for the new boutique.

“Everybody is telling me the products are very unique and they’re very happy they have the ability to see these nice wares they are not familiar with, from the jewelry and the knickknacks to the clothing,” he said.

‘I love this place’ 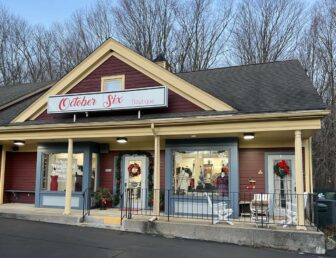 Years ago, Carbone went to the Milford Mall with her sister, Ryan, and Ryan’s boyfriend at the time. The girls wanted to do some shopping on their own, so they brought Ryan’s boyfriend to the Sunglass Hut, where his friend, Rob Carbone worked.

Ryan asked Rob to keep her boyfriend busy, and it was the first time Chelsey met her future husband.

She said her husband has been extremely supportive of her first business venture. Prior to founding October Six, Carbone was a court reporter.

“I started my own business eight years ago and I wanted her to start something and have that feeling of fulfillment,” said Rob, who started No Sweat Detail, a car detailing business. 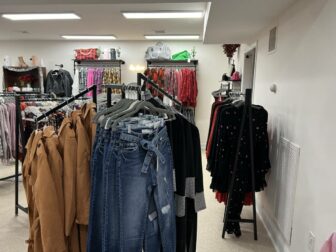 “When Chelsey had this idea, I tried to be as excited as I could, but I thought it was crazy,” Rob said of October Six. “But I was excited at the same time.”

The online business was a success, so Carbone decided to open a brick and mortar store. She said she considered a couple of locations before choosing 446 Main St. in Monroe.

“We knew we wanted this location,” said Carbone, whose family lives in Shelton. “We love Monroe. It’s close to where we live.”

Since October Six opened, Carbone said news of her boutique quickly spread through word of mouth.

“This is a place for women of any age,” she said. “I feel a mom can come in with her daughter at any age, and women can shop with their friends.”

Rob said he believes Ryan would have loved her sister’s boutique.

“I love this store,” Rob said. “I’m thrilled about it. Ryan would be looking at everything, bouncing around, ‘I love this!’ It was fun going to the store with Ryan.”

One thought on “Women make shopping memories at October Six”