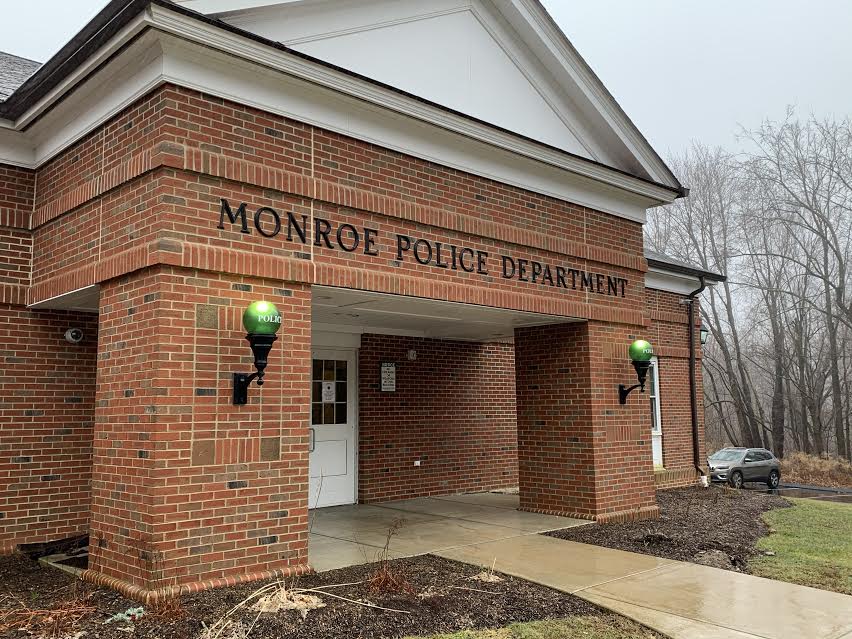 MONROE, CT — Police are awaiting autopsy results to determine the death of a Jones Hill Road woman, who was found in her swimming pool Saturday night.

Limited information could be shared, because it was a medical call. Police said the woman, who was in her 70s, was swimming with neighbors earlier in the day.

When her son had not heard from her later, he came by and found her body in the pool around 8:26 p.m. There were no signs of foul play, according to police.

Someone spray painted “[expletive] the police” and “RIP George Floyd” on a white vinyl stockade fence outside a home on Spinning Wheel Road Saturday morning.

A passerby saw the graffiti around 5:53 a.m. and flagged down an officer. Police said the paint was still wet, so the message was washed away with a garden hose.

Police woke up the family, who had no idea who did it, according to the report. The family did not wish to file a complaint.

Big Y World Class Market’s loss prevention office reviewed surveillance camera footage and discovered there was a theft of $450 worth of lobster tails on June 4. The store reported the incident to police on Monday.

On June 4, an African-American woman walked to the back of the store and stuffed frozen lobster tails into a reusable shopping bag and concealed it with a bag of chips, before walking out the door, according to police.