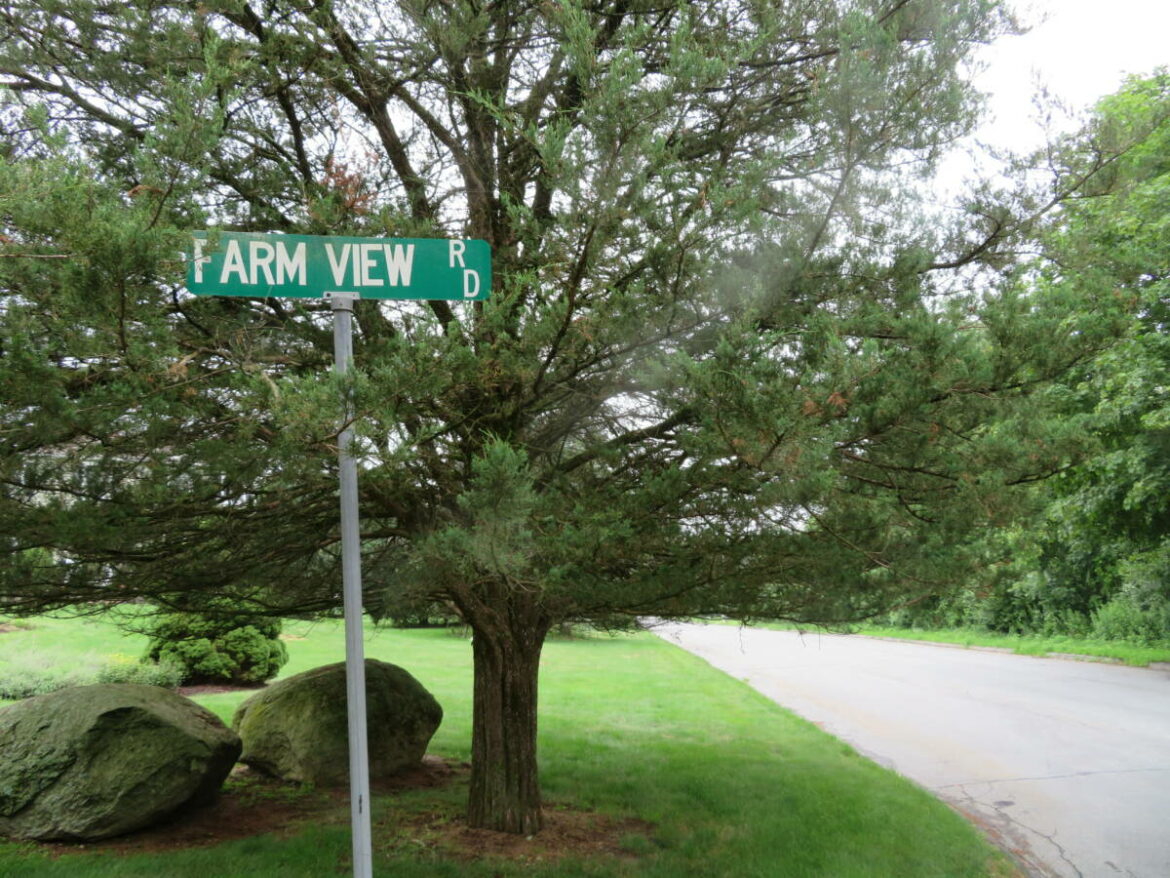 Farm View Road is being considered for an access road for construction vehicles to get to a work site to build two new all-purpose fields at Wolfe Park.

MONROE, CT — Construction vehicles will need an access road to reach a worksite for a project to add two new ball fields at Wolfe Park. The town hired a firm to do a study to assess the options, revise the fields plan to reduce costs, and produce construction documents, so the project can go out to bid.

The two main access road options being considered are from Farm View Road, at Great Hollow Road, and from the park’s main parking lot, passed the basketball courts and pavilion.

During a Town Council meeting Monday, a Farm View Road resident expressed concerns over her road being considered. However, First Selectman Ken Kellogg and Councilman Terry Rooney emphasized that nothing has been decided yet.

“I want to be crystal clear that in no scenario are we contemplating a permanent public access to the park through that pathway,” Kellogg said of whatever path is chosen. “This would strictly be a limited construction type of access. It would not even be a paved roadway. It would probably be some type of temporary roadway. It may be left for emergency vehicle access.”

The first selectman said the project to build two new multipurpose fields at Wolfe Park was approved long ago with funding set aside. But when it was put out to bid a few years ago, the responses from contractors were far in excess of what was anticipated — “anywhere from 60 to 300 percent over.”

Rather than accepting a bid, Kellogg said town officials decided to reevaluate the project to see if they could bring some costs down. For instance, he said they found the fields were larger than what the community had asked for, so money could saved by “right-sizing it.”

He also said the original plan called for removing stonewalls for construction of the fields, then putting the walls back, adding more costs.

TPA Design Group, a New Haven planning, engineering and landscape architecture firm, did the original design. On Monday, the Town Council voted unanimously to hire TPA to revise the project, so it can be rebid.

TPA was also asked to prepare an analysis of the relative costs, challenges and impacts of potential access roads for construction of the project.

The contract includes $17,000 worth of billable hours. In the event of any other costs for fees, overtime or additional work requested by the town, TPA will talk to the town first.

During the public comment portion of Monday’s Council meeting, Laura Gindek said she and several other Farm View Road residents are concerned over their road being considered as the entrance for construction vehicles, and “are really upset about it.”

“I want to know why we weren’t notified before these studies were done, so if we had valid objections you could avoid wasting your time,” she said. “I’m disappointed it got this far without anyone asking us, who are gonna be impacted on that street.”

Gindek said Farm View is a small, quiet neighborhood with children, who stand outside waiting for the school bus. “I’ve called the police many times, because people already speed down our road as a cut through,” she said.

Gindek said she did not hear why her street was a good option, adding the least expensive option is not always the best one.

“I think we all agree that cost alone is not the only factor, but it is one that is important,” Kellogg said later.

Councilman Terry Rooney said the project is only in its “infancy stage”. “There is no final plan,” he said. “There are only suggestions, nothing concrete.”

“We’re very concerned at how this will affect the neighborhood,” Rooney continued, “and I would be very upset to think that anybody would think that we wouldn’t take the concern of the neighborhood into consideration when doing that. The study will help us get the answers.”

He said it is believed the impact of the trucks coming through would not be much more than if a house was built in the neighborhood.

Kellogg said the public will have opportunities to speak throughout the process as TPA’s analysis and eventual proposal comes before town regulatory boards, including the Planning and Zoning Commission.

The first selectman also said there will be a public meeting before a final contract is awarded for any successful bid.

Not all paths are viable

“Are we looking at all six access points?” Martin asked.

Holsworth said not all of the options are viable. For example, one cuts across a junior soccer field. If a construction vehicle where to hit one of the three drainage pipes underneath it, the pipes would have to be dug up and the field redone, according to Holsworth.

Another potential access way cuts in from the Monroe Senior Center. Holsworth said there is a septic tank that cannot be driven over. If the path is built more to the right, he said there is wetlands.

A “very narrow strip of land” the town owned since the 1800’s was also considered, according to Holsworth, but he said it is behind houses on Farm View and Great Hollow roads — too disruptive to residents’ backyards.

Kellogg said water service and electrical conduits would be extended from Park View Road, which would not be used as a pathway for construction.

Martin said she understands Holsworth’s explanations over why some pathways cannot be considered, but said she believes it is important to note that the Parks and Recreation Commission voted unanimously to recommend access point number two, by the Wolfe Park basketball courts.

Kellogg said that is not what was reported to him. He said he believes the commission wanted to move forward on the contract, so the town could continue to evaluate option two.

Martin said she does not believe that is correct and Kellogg said his office will look into that. Martin also asked that TPA present its findings to the Parks and Recreation Commission. Kellogg said that will happen.