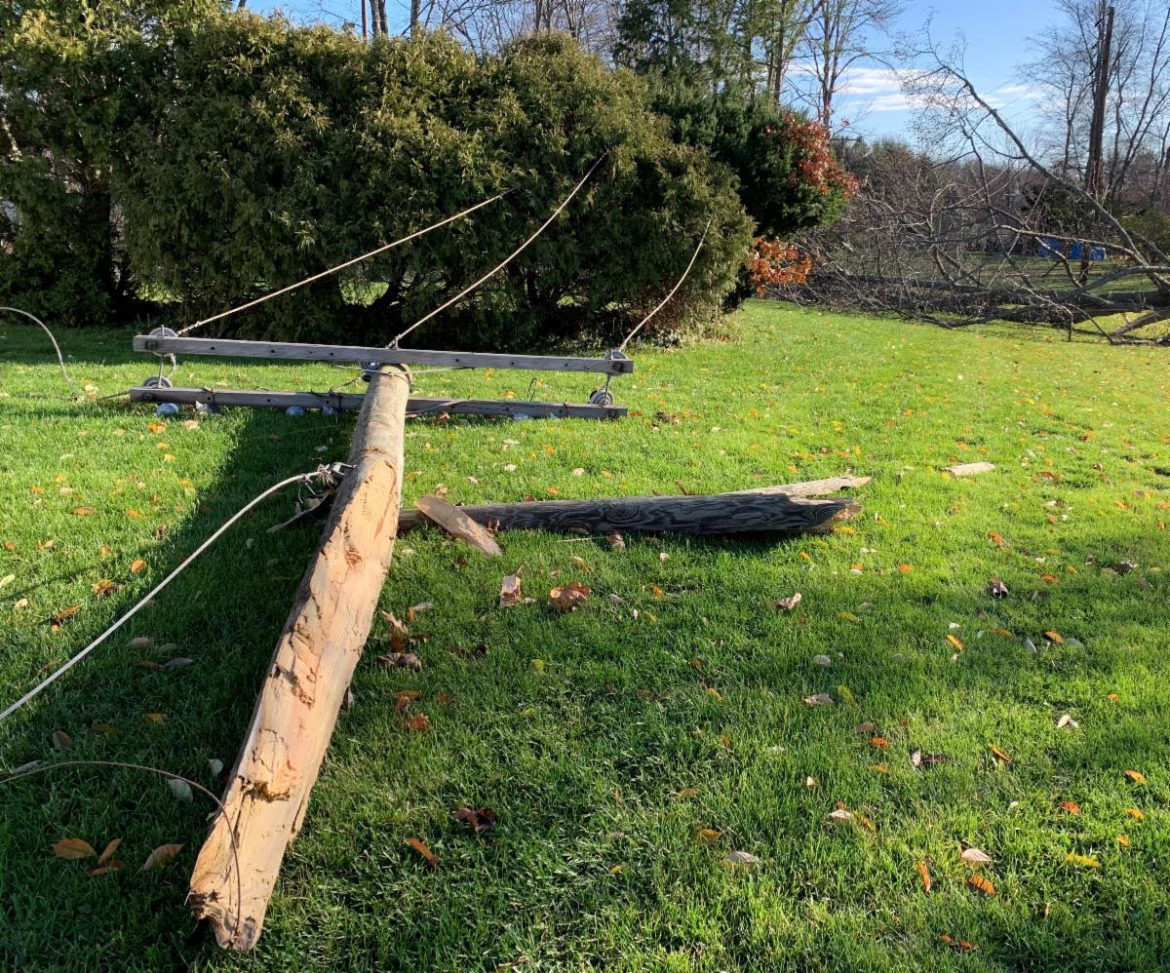 As of 10:30 Monday morning, 1,054 of Eversource’s 7,982 Monroe customers, or 13.2 percent, were still without power. First Selectman Ken Kellogg said the power company told him the majority of the power would be restored by noon.

The first selectman said public works crews were quick to respond to the storm. “They were out last night, clearing everything they could,” Kellogg said of the town’s smaller streets.

Kellogg said around 500 of the power outages occurred overnight, with the rest at 6 a.m. Monday morning. At least three Eversource crews are currently working in town and Police Capt. Keith White, who also serves as the town’s emergency management director, said more crews are on the way.

Though there could still be pockets of outages after the major restoration is complete, Kellogg said he is cautiously optimistic most residents will have their power back by mid-afternoon.

Kellogg said most, if not all, businesses should have power on routes 25 and 111, where traffic lights are in working order and the state roads are passable.

Hundreds of Eversource line and tree crews are working urgently to restore power following the intense wind and rainstorm Sunday night that left thousands of Connecticut customers without power, according to a press release from Eversource.

“Eversource crews are working to clear blocked roads, assess damage and restore power to customers impacted by the storm,” Eversource says. “As of 9 a.m., crews have restored power to approximately 20,000 customers since the storm began. Approximately 17,400 Eversource customers in Connecticut remain without power as a result of the storm.”

“The combination of heavy rain saturating the ground and high winds that hit the state caused trees already weakened by the prolonged drought to come down, taking power lines with them and leaving thousands of customers without power especially in the western part of the state,” said Eversource President of Regional Electric Operations Craig Hallstrom. “Our crews are working feverishly in communities affected by this storm to restore power as quickly and safely as possible.”

“We realize how difficult it is to be without power, especially with many customers still working and learning from home during this unprecedented time, and we will work non-stop until every customer has their power restored,” he added.

Eversource said intermittent issues Sunday night, related to Eversource’s outage reporting system, have been resolved and customers are encouraged to report any outage online at www.eversource.com, or by calling 800-286-2000. Customers who signed up for the company’s two-way texting feature can send a text to report an outage and receive outage updates as they happen.

The company also reminds customers to always stay clear of downed wires, report them immediately to 9-1-1 and to be cautious while continuing with their own storm clean up – be careful moving or cutting tree limbs and look for any wires that may be entangled in debris. Additionally, customers who are without power and plan to use a generator should be sure the generator is located well away from their home or business and that the transfer switch is working properly.