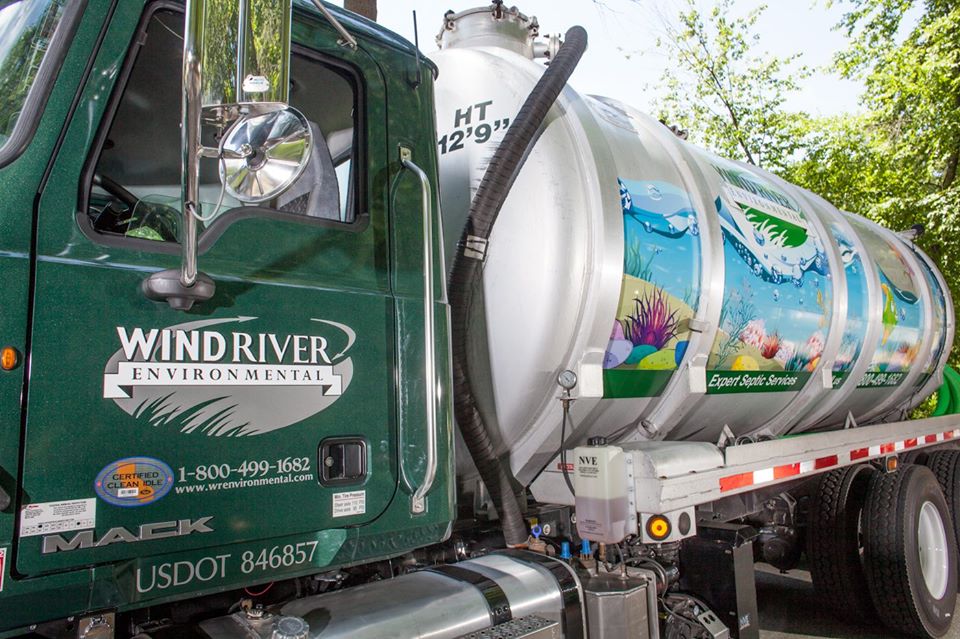 This photo of a Wind River Environmental truck was taken off the company Facebook page.

Wind River Environmental is seeking town and state approvals to store sewage pumped from residential and commercial septic systems in three 21,000 gallon tanks on its property at 154 Enterprise Drive.

Rather than company trucks driving directly to a wastewater treatment facility after pumping out a customer’s system, the large storage tanks would allow Wind River to improve efficiency by making far fewer trips using a larger truck once the three tanks are full.

William Waite III, director of branch operations for Wind River, told the Planning & Zoning Commission at its meeting Thursday that the tanks have been on the property since December of last year, but have not been used.

Town Planner Rick Schultz said the company wants the Planning & Zoning Commission to authorize use of the tanks, so Wind River can move forward with its application to obtain a transfer permit from the Connecticut Department of Energy & Environmental Protection.

“They’re not in a high traffic area,” Kevin Solli of Solli Engineering LLC, a Monroe firm hired by the applicant, said of the large storage tanks. “This is nested in. You wouldn’t see these tanks if you drove by.”

Waite said Wind River Environmental’s facility on Enterprise Drive has a high level of security. Its employees have key fob access to get through the gates and the building has cameras and motion sensors, according to Waite.

Of the thickness of the storage tanks, he said, “they’re really bullet proof.”

According to its website, Wind River Environmental is headquartered in Marlborough, Mass. It “services and maintains a broad array of non-hazardous liquid waste systems, including grease traps, septic tanks and related waste systems” for residential, business and municipal customers.