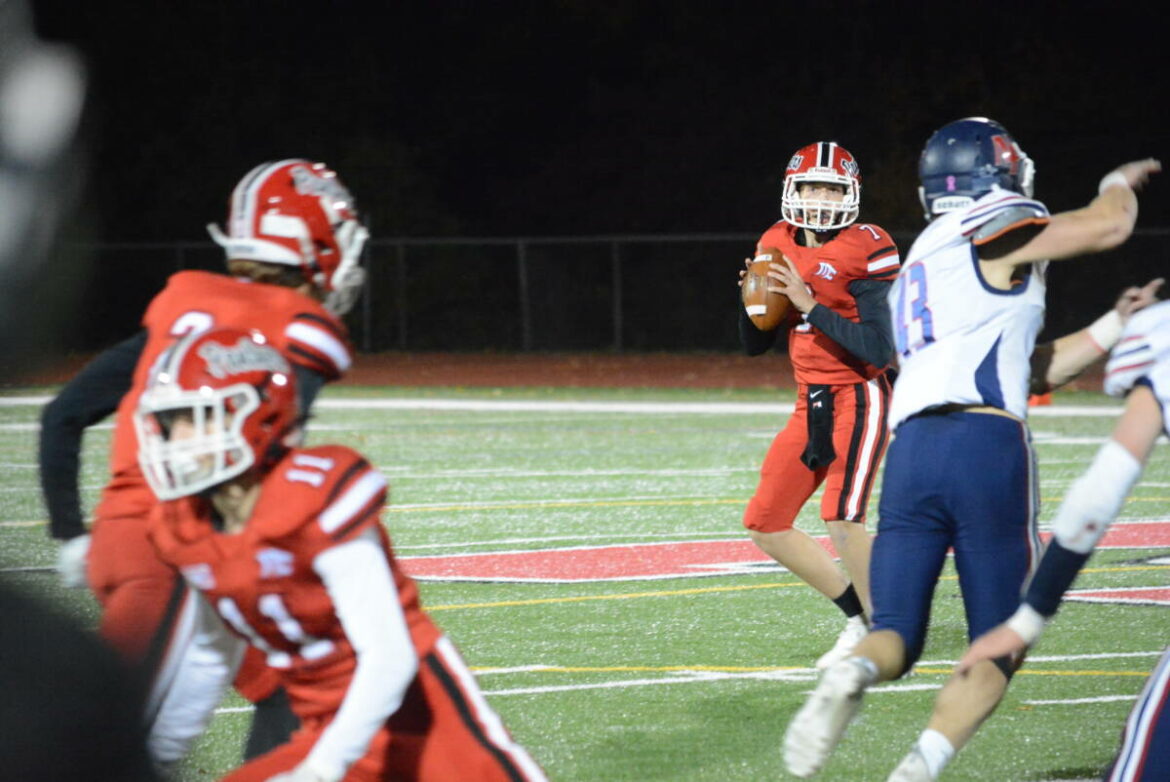 MONROE — Never say never. Masuk High’s football team dug out of a 28-0 hole, capping off an incredible comeback in the waning seconds, to shock previously-unbeaten New Fairfield 29-28 at home Friday.

Quarterback Dylan Jackson connected with Nick Saccu on a 35-yard touchdown pass with 23 seconds remaining. Rather than kick the extra point to tie the score, the Panthers went for two. Jake Dellapiano had the two-point conversion for the late lead. 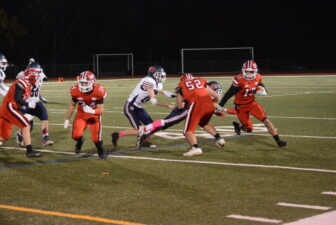 Masuk Coach Steve Christy said the team practiced a new two-point conversion play this week with intentions of going to it if the opportunity presented itself. The Panthers’ gamble and practice paid off.

The final drive was as improbable as the comeback. Backed against the shadows of their own end zone, the Panthers drove 96 yards with less than two minutes remaining to complete the comeback. They converted a pair of fourth-down conversions on the final drive, including a fourth and 20 from their own four, Christy said. Jackson hooked up with Ryan Saccu on that first fourth down conversion.

“It was amazing. They didn’t give up — they just believed. Belief has power,” Christy said. 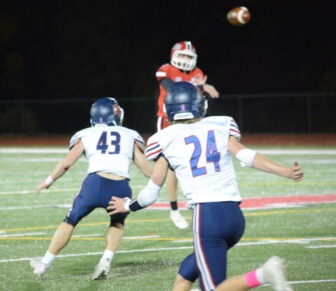 Dellapiano had a pair of receiving touchdowns and Jason Champagne had a 60-yard TD on a screen play. Justin Briganti had big receptions to help the Masuk offense overcome its early struggles.

Masuk improved to 5-2 and the Rebels fell to 6-1. With the win, the Panthers moved up to eighth in the Class L seedings as they compete for a state playoff spot.

“It’s huge — it keeps us alive. We needed it,” Christy said of the win.