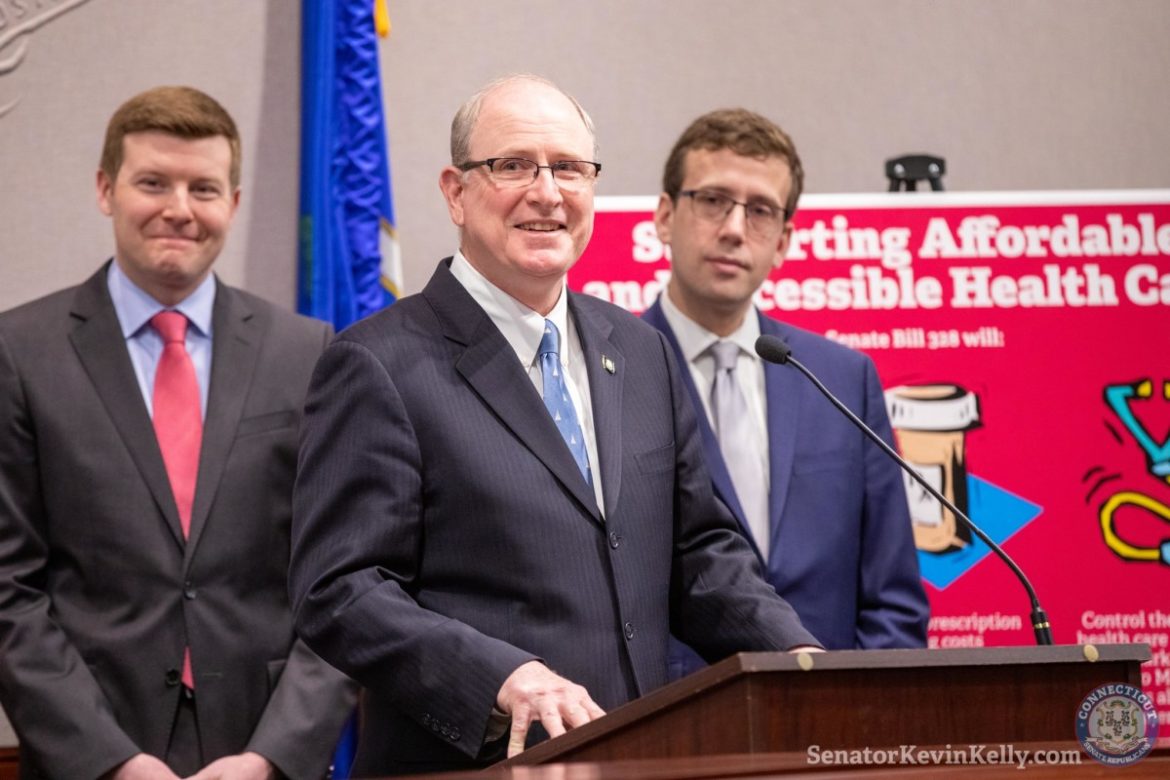 Sen. Kevin Kelly, R-21st, center, represents parts of Monroe, Seymour and Stratford and all of Shelton.

HARTFORD, CT — State Sen. Kevin Kelly, a Republican who represents Monroe and several other towns in the 21st district, released a statement in response to the State Senate’s passage of House Bill 6004, An Act Concerning Police Accountability. In a vote taken Wednesday morning, Kelly voted against the bill.

In his statement Kelly said:

The intent of this bill was as much about police accountability as it was about social justice. We are all working to better our state, to determine how to make it safer for all people, and how to deliver on America’s promises for freedom and justice for all people. However, I believe the final language of the bill did not go far enough to achieve the goals it set out to reach.

We need legislation that makes it easier to hold bad actors accountable when they do something unacceptable and damage the public’s trust in all officers. We must make it easier for police departments to fire bad officers and recruit people who want to serve and protect.

But this bill falls short and doesn’t achieve those goals we all share. Instead, this bill will have a chilling effect on recruitment efforts at the worst time possible. The results will damage public safety, add more burdens onto our towns and cities, and hurt Connecticut’s poorest communities the most.

What makes our country so special is that we have a government of the people, by the people, and for the people. It is meant to be a government that is constantly evolving, changing and growing based on what people want our nation to be. But central to that existence is the need for a marketplace of ideas where all people have a voice and all people are safe and secure. Without public safety, the rest of government and society fails.

Those who drafted this bill had the best intentions and I strongly support many elements of the legislation and had hoped we could have continued conversations to create an even stronger, more effective bill. But in totality, the final bill was so rushed that it did not achieve the major goals we all set out to reach.

One thought on “Why Sen. Kelly voted against a senate bill concerning police accountability”