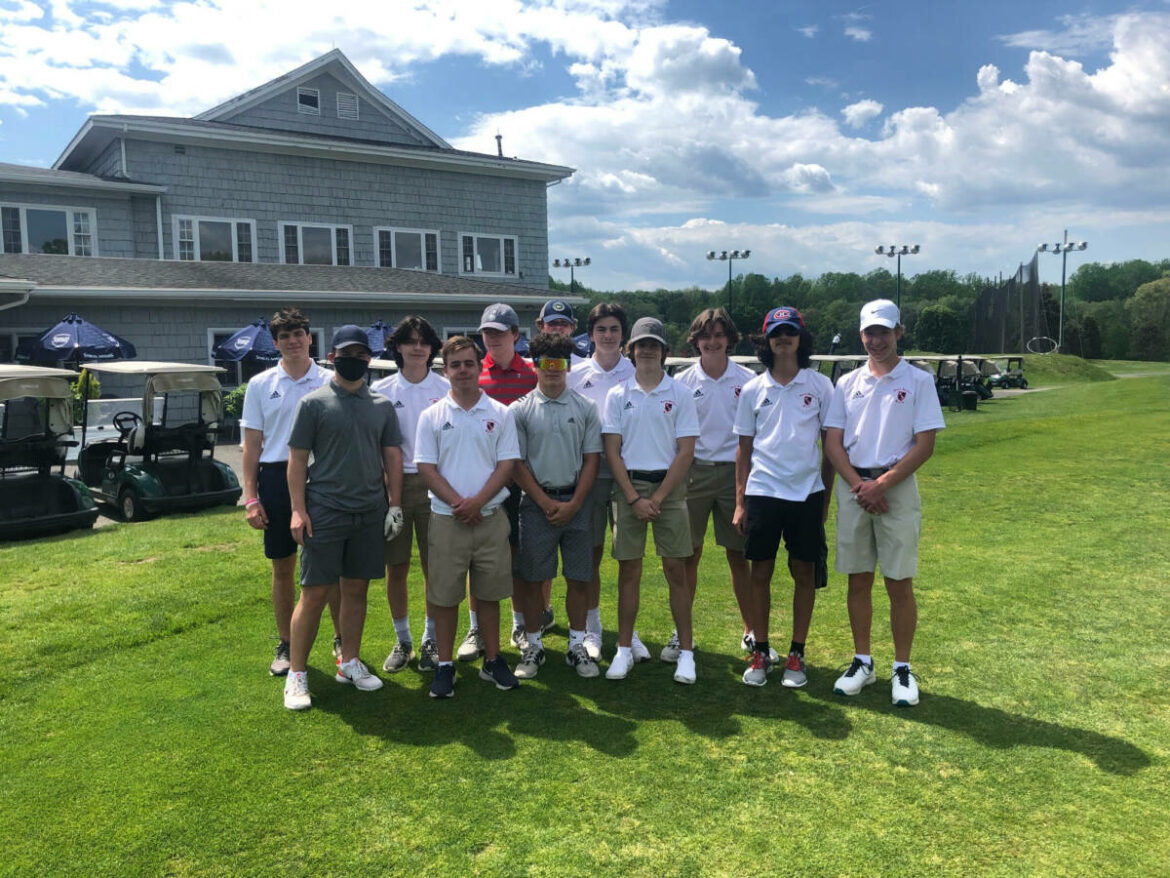 The Masuk High School boys golf team plays all of its home games at Whitney Farms Golf Course in Monroe.

MONROE, CT — Whitney Farms Golf Course on Shelton Road (Route 110) hosts all of the home games for Masuk High School’s boys and girls golf teams, among the support it shows for Monroe’s athletes.

“We couldn’t have had a successful season without their tremendous support,” said Robert Pagel, coach of the Masuk’s boys varsity golf team. “The owner, Mr. Bargas, and Billy Street, the golf pro, have actually hired four of my players to work at the course and gave them lessons and positive encouragement throughout the season.”

Pagel said Whitney Farms Golf Course’s support for the sport goes beyond helping the home teams. To that end, the course is hosting an SWC 2-Man Best Ball Jamboree, May 27, when close to 30 high school golfers from around the league will compete, according to Pagel.

“Whitney Farms Golf Course has gone above and beyond to help high school golfers,” he said.

The Panthers are in the midst of a successful season, having improved their record to 13-2 in league play with a win over Bunnell High School at Whitney Farms Thursday afternoon.

Bunnell only had two players Thursday. Alex Kurowski had a 56 and Manny Planas had a 59. Bunnell had two placeholder scores of 100.

John McIntyre, of Masuk, was the medalist with a 36, completing the course on par.

Other individual scores for the Panthers were Alex Giugno 40, Connor Braun 42, Justin Carriero 42, and Colin Abbott 47.