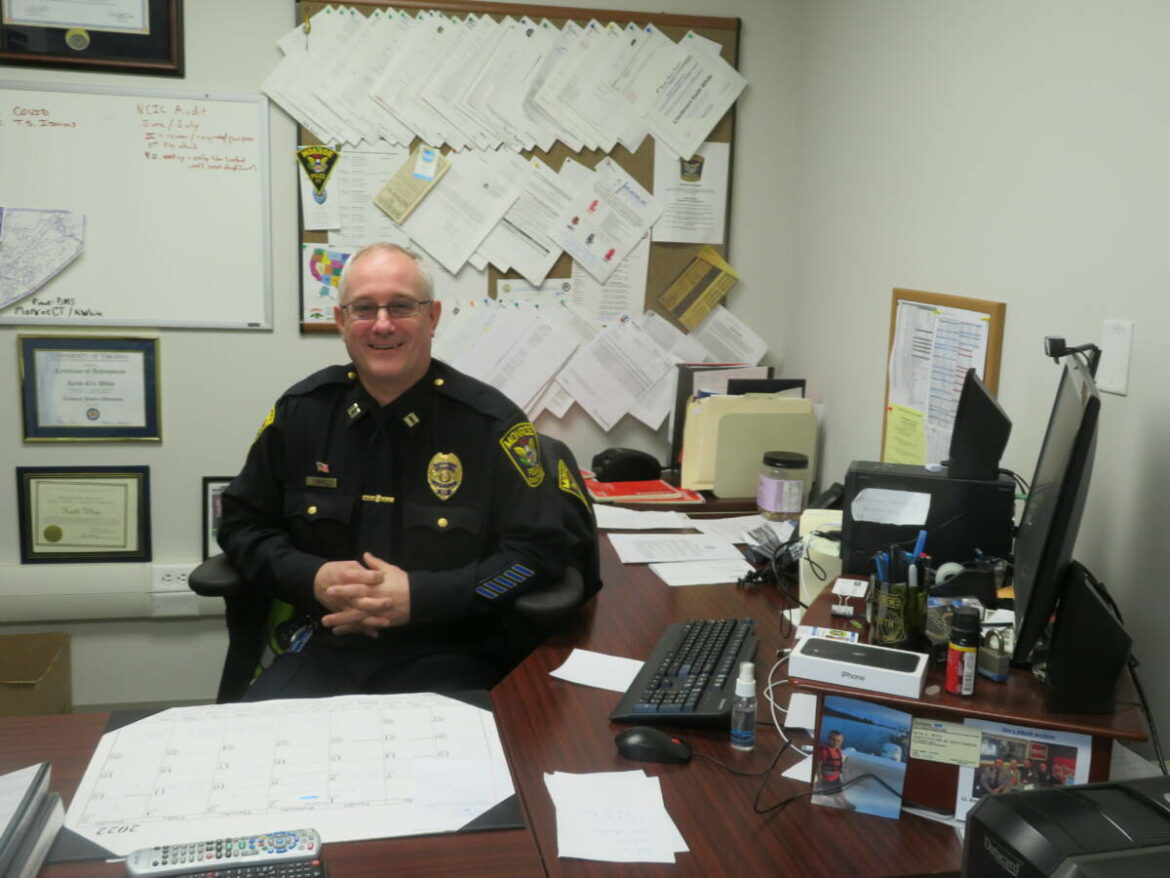 Monroe Police Capt. Keith White will be sworn in as the town's next police chief on Friday, Feb. 25.

MONROE, CT — First Selectman Ken Kellogg and Board of Police Commissioners Chairman Michael Vitello announced that Capt. Keith White will be sworn in as Monroe’s next police chief in the Council Chambers of Monroe Town Hall on Friday, Feb. 25, at 4 p.m. The public is invited to attend.

A 27-year veteran of the Monroe Police Department, White was selected for the position by the commission, following a unanimous recommendation of a personnel search committee that included members of the Commission, First Selectman Kellogg, Human Resources Director Craig Hirsch, and Monroe resident and Stamford Chief of Police Timothy Shaw.

The town recently came to an agreement on a three year contract with White with a starting base salary of $127,500.