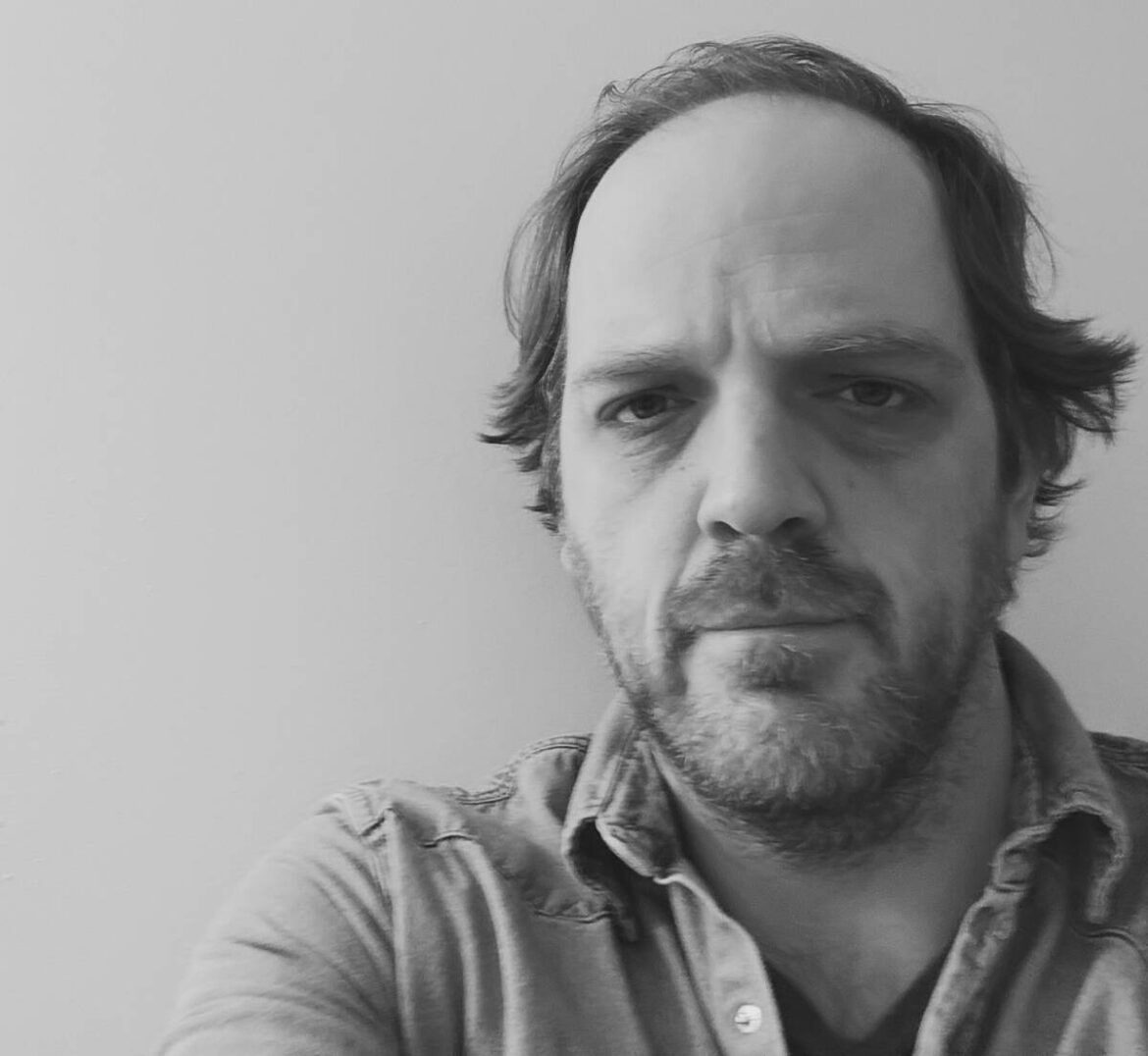 Erik C. Hanson, who grew up in Monroe, recently started writing fiction in the horror genre. His second book, "Wicked Blood" is coming out Friday.

Erik C. Hanson, an educator and playwright, dealt with a setback by changing direction and finding his niche. The COVID-19 pandemic canceled the productions of a few of his short plays, so Hanson tried his hand at writing fiction in the horror genre. His first book, “All Things Deadly” was published in August and his new novel, “Wicked Blood”, is coming out this Friday.

Hanson, 43, who grew up in Monroe and graduated from Masuk in 1996, was first encouraged to write horror by his professors and peers while pursuing his MFA in dramatic writing at New York University in 2011.

“I wrote all these family dramas. I think people got sick of them,” Hanson said with a grin during a recent interview at Common Grounds coffee shop in Shelton.

Hanson and his wife, Shannon, live in Woodbury with their one-year-old daughter. The couple loves taking trips to Salem, Mass., so much so that they got married on the rooftop of Hotel Salem. 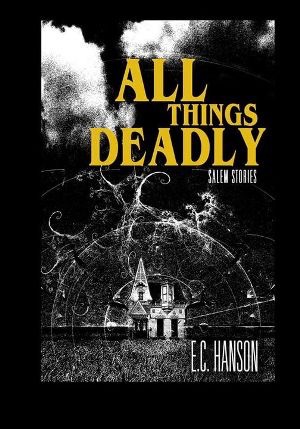 Hanson’s first book, “All Things Deadly”, published by D&T Publishing, is a collection of around 18 stories, all based in Salem. The main story, which is in seven parts, follows the adventures of  a former paranormal investigator, Adam Frost, and his daughter.

“Wicked Blood”, published by Demain Publishing, is one story. It’s about three teenagers who must fend for themselves in a farmhouse after the unexpected deaths of their parents.

The daughter, Marina Florin, finds herself fighting for her life when her two brothers start to display weird habits and their penchant for violence spins out of control. It all takes place in the backdrop of the COVID-19 pandemic, when a quarantine makes it more difficult for school administrators to find out what’s going on.

“It’s a new age slasher with heart and developed characters and readers can see how and why they unravel,” Hanson said of his book. “Most of the story takes place at a farmhouse or a general store.”

The story unfolds during a short period in October. Before they died, the Florins chose to have their children learn remotely, and the school principal tries to check up on them.

“The saddest thing is when kids are forced to be the adults,” Hanson said.

Hanson, who is a reading interventionist for Shepaug Valley School in Washington, said he knows about the challenges schools had keeping tabs on students whose parents chose to have them learn remotely during the pandemic.

“I write about what I can observe,” he said.

An inspiration for “Wicked Blood” comes from a rumor in Hanson’s own family about three children left alone in a house after losing their parents in a violent incident. Hanson uses the scenario from the family legend and fleshes it out in his new novel.

“There is not article for me to prove it,” Hanson said. “I’ll lean toward it probably didn’t happen.” 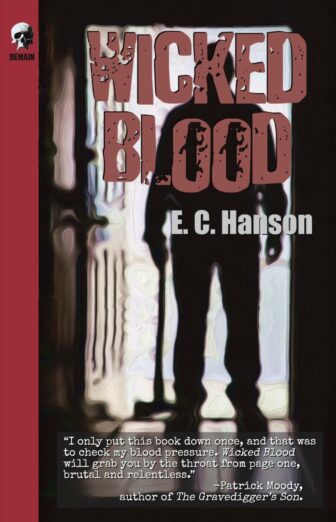 Though he writes horror stories, Hanson said he “abhors” violence. His main interest is in what motivates the characters to do what they do. For example, in “Wicked Blood” Marina immediately wants to call the police for help, but is intimidated by her brothers.

As an adjunct professor teaching an academic writing class at Sacred Heart University, Hanson has his students examine horror films.

“Some are just gore tests, but others examine faith, gender roles, politics and sexuality in a healthy way,” Hanson said.

He showed one class “The Texas Chainsaw Massacre.” Students could not simply write whether or not they liked the film. Hanson said they had to be fair and present an argument, such as the dangers of a bad upbringing.

One of the highlights of Hanson’s writing career was when he was awarded the Outstanding Writing for the Screen certificate while pursuing his Master’s degree at NYU.

Hanson said 24 people in the program received an email inviting them to a breakfast on the seventh floor. “I was like, ‘sweet, free bagels,'” he said with a smile.

Hanson was honored with the certificate during the event.

“It was a pleasant surprise,” he said. “Everyone there is so talented. Everybody is so good. It makes you work harder – and not to win awards. I was rattled the first few weeks of the program, but I loved every second of it.”

Hanson went on to write eight plays that were published in different anthologies and more than 35 of his short plays were produced.

One foot in front of the other

Hanson said he has a passion for writing and cares more about the product than fame or fortune. He recalled making the transition from playwright to fiction book author.

“My wife was pregnant and she was going to bed early,” he said. “I had a lot of time. You give me a lot of time and I’ll write.”

Hanson also sought advice from published authors. He suggests that aspiring writers find contact information for authors they admire and reach out to them with a kind letter or email – asking for specific advice, rather than telling them you want to be famous.

“I asked for publishing advice: ‘I want to go about this in a professional manner. Do you have any advice?'” Hanson recalled. “I did that to about 10 established authors I respect.”

One of the authors who responded to Hanson with multiple emails back-and-forth was Jonathan Maberry, who has 40 best sellers and a show, “V-Wars” on Netflix, according to Hanson.

It took about four months before Hanson received a response from an author. But through his patience he obtained a cover letter template and advice on what to say and not to say. He also learned how important format is.

“You can have a masterpiece and get rejected for having the wrong format,” Hanson explained.

One of Hanson’s challenges in switching from plays to fiction writing is having more prose than dialogue, he said.

When writing a book, Hanson said it is important to have a structure and to know where you’re going. “It’s not as daunting as you think,” he said. “It’s just one foot after the other. The best advice I got as a writer is, ‘don’t be afraid to write the ugly draft.'”

After getting the whole story down, Hanson said writers can always make necessary changes through the editing process.

When seeking others’ opinions during the writing process, Hanson recommends guiding the feedback so you don’t become overwhelmed with conflicting advice. For example, ask specific questions like, “does this beginning hook you?”

Hanson is embracing his new role as a fiction author.

“It’s surreal. I’m enjoying the challenge and learning as I go,” he said. “I’m trying to figure it out. I took an interest in something. I like doing it and the form is new to me. I’m enjoying the ride. I didn’t see this happening.”