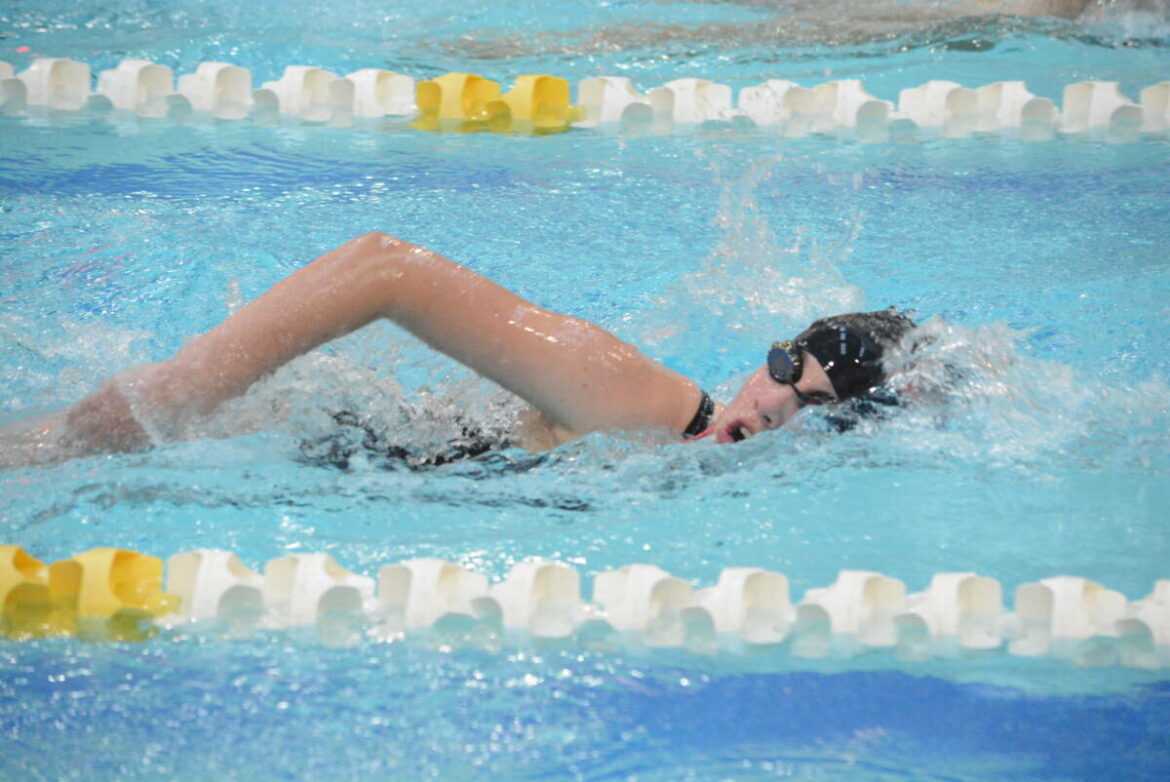 STRATFORD, CT — Masuk High’s girls’ swimming and diving team was competitive in a 94-74 loss to host Bunnell of Stratford on Sept. 13. Eva Helmke and Abby Kirberger both had first place finishes for the Panthers.

There was no diving competition at this meet.

The Panthers took second in the 200 medley relay (Helmke, Melody Sicherman, Yara Shaik, Christina Bajorinas) with a time of 2:16.75.

“Eva Helmke went all out and won her race with nobody in sight. She had a good four second lead on her opponent who finished second,” Masuk Coach Emily DeMace said.

“This was the race of the night,” DeMace said. “Abby Kirberger started out strong but her opponent in lane four pulled ahead. Abby stayed steady and started to pick it up around her 250/300 mark. In the last 100 of her race, she started pulling ahead of her opponent. Abby kicked it into overdrive and won her race. She gave it everything she had and really raced those 20 laps.”

The results for the 100 breaststroke and the 400 freestyle relay were inconclusive following the meet.

DeMace said that despite the loss it felt like a win for her Panthers.

“We saw so many fast swims, best times, and smiles and cheering to go around. It’s only the second meet and we can’t wait to see how the girls swim next,” the coach said.

DeMace and company will find out on Friday, Sept. 17, when St. Joseph of Trumbull visits Masuk at 4 p.m.