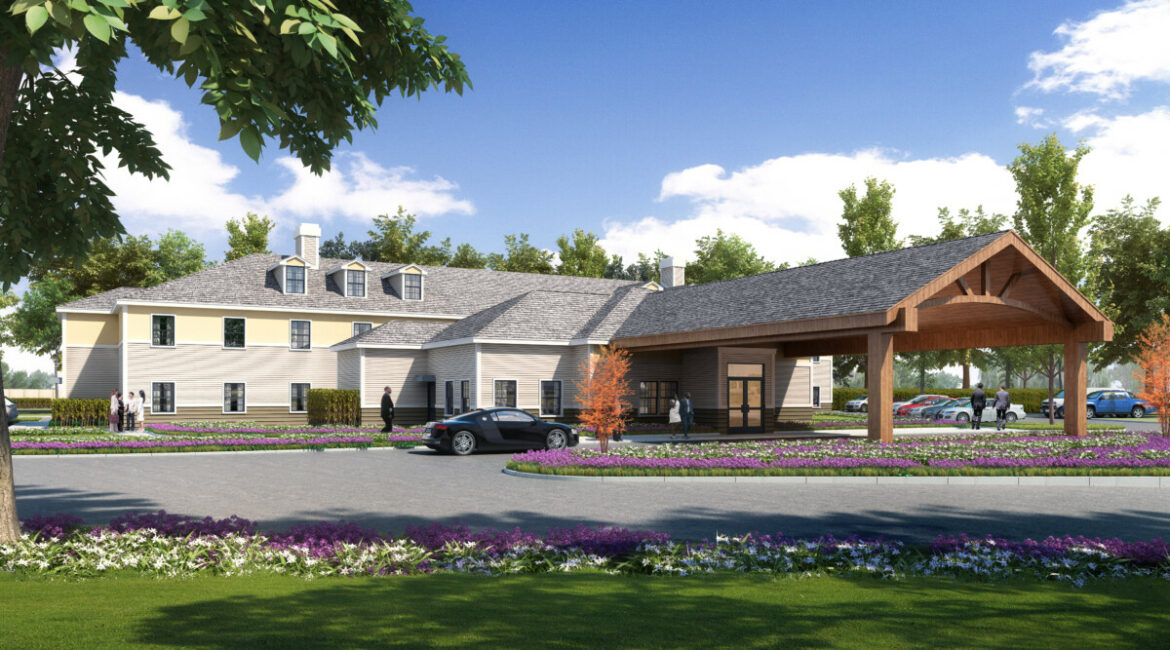 This is the final rendering of Stepney Suites Hotel, which was approved, but not built at 387 Main St. in Monroe.

MONROE, CT — A proposal to build Stepney Suites Hotel at 387 Main St. received unanimous approval from the Planning and Zoning Commission on March 23, 2017. But the two story facility was never built, leaving some residents to wonder what happened.

Town Planner Rick Schultz said the hotel plan was withdrawn several years ago, because of unfavorable market conditions. The last of the extension periods for the approval expired on March 18, 2018.

Mahesh N. Bangalore, an agent for BNM Builders & Developers LLC, the owner of the property, explained what happened.

“We got approved for a 26-room, boutique kind of hotel with a small restaurant,” he said in a telephone interview Friday. “I tried to get a flag franchise name on it, but the players out there all thought it was too small to lend their name. So I tried to do a mom and pop hotel without the name recognition.”

Bangalore said drivers would not have been able to see the hotel from the highway and, due to the topography of the site, the building would not be visible from Main Street, so it was “a tough sell.”

Before applying to the Planning and Zoning Commission to build a hotel in December of 2016, Bangalore approached the town with a proposal to build apartments.

“That was my intention from day one,” he said, adding zoning laws would not allow it at the time.

Bangalore said Monroe has nothing for people who want to stay in town for short periods of time for work, so he decided to move forward with an extended stay hotel instead. He has a background in real estate and interest in other hotels in the state.

If he could have gotten a franchise name, Bangalore said Stepney Suites would have benefited from the exposure and the ability for people around the nation to make online reservations through the websites.

BNM Builders & Developers had done the preliminary work on the vacant site, bringing in water, conduits and cables.

Though the hotel idea fell through, Bangalore still plans to develop the property, which is close to five acres.

“I’m working on a couple of projects in other towns,” he said. “We will probably do something. If the town is a little more open to a rental residential concept, I would be open to that.”

The Monroe Sun used old Planning and Zoning Commission meeting minutes to piece together the history of the Stepney Suites hotel proposal.

According to the application, each of the suites would include a small kitchen, a bedroom and living space with a full size refrigerator, a two burner stove, and utensils for cooking and eating. No laundry facilities were to be provided and stays could be no longer than 30 days.

“The Commission and Staff voiced concern that the suites look to be designed more as an apartment building rather than an extended stay hotel, creating problems with stays exceeding thirty days,” meeting minutes from Jan. 19, 2017 stated. “The need for the full kitchens was questioned.”

Attorney Prerna Rao, of Omnia Law in Trumbull, who was hired by the applicant, told the commission if a stay exceeded 30 days, it would be enforceable through lawyer/tenant laws. But she said her client would prefer stays of no longer than a week.

The rate structure was going to be between $100 and $150 per night with no modification for the length of stay, according to the meeting minutes.

The commission’s approval modified the kitchenettes to include a single unit sink, a mini-refrigerator, a microwave and a two-burner cooktop unit.