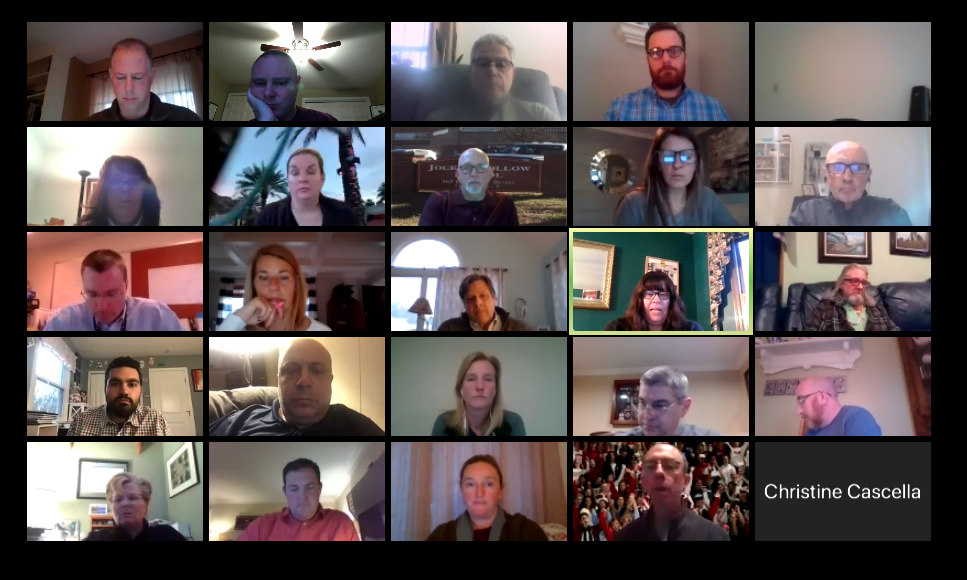 MONROE, CT — Acting Superintendent of Schools Joseph Kobza updated Board of Education members on the budget process Monday, as they wait to see what the Board of Finance will do with the plan to fund Monroe’s public schools.

Though the $91.5 million town budget proposal includes $59.5 million for education, First Selectman Ken Kellogg has asked for a budget with no tax increase, because many people are struggling financially from the COVID-19 pandemic.

Prior to that, Superintendent of Schools Jack Zamary’s original request was for a budget with a 5.7 percent spending increase, before a $500,000 Board of Education cut and another $500,000 cut from Kellogg reduced it to 4.01 percent.

Jerry Stevens, a school board member, asked Kobza how much more the school district will have to cut to get to a zero increase.

However, Finance Director Ronald Bunovsky said the number the school board will have to cut depends on what the revenue projection will be.

To come up with a budget without a tax increase, Kobza said the Board of Finance is considering using all but $2 million of the town’s undesignated fund balance, estimating the spending to be around $8 million, to offset expenses.

Nick Kapoor, a school board member, said, “the only thing that concerns me is, what if the coronavirus rears its ugly head in the fall and five months into the year we have to do this again — and the undesignated fund balance isn’t there to help us? It’s a scary prospect for me.”

Kapoor said he gets texts from concerned parents all the time, asking him what will be cut next.

“I know this is a crisis, but we’re talking about a whole 12 months,” he said. “I’m concerned about cutting the fund so low. But if we don’t do that, we’ll have to make more cuts.”

“We can’t predict the future,” he said. “It’s a rainy day fund and the Board of Finance believes it’s pouring.”

Bunovsky said the Board of Finance is trying to come up with a responsible budget without knowing what the tax collection rate will be. He said the setting of the mill rate is usually based on a 99 percent collection rate.

Chairwoman Donna Lane explained that the reason the town would need to use so much of the fund balance is because, in addition to proposed spending increases, there will be lost revenue from a lower tax collection rate and a drop off in money from other things, such as issuing building permits and registrations for parks and recreation programs.

Board of Finance Chairman Michael Manjos has also recommends asking unions for teachers, police officers and town employees to forgo raises for a year. Kobza said a next step is calculating what those salary increases would be.

David Ferris, a school board member, asked if anyone considered looking into borrowing from the district’s pension accounts.

Kobza said the school district may save around $300,000 on transportation, because busses are not needed for distance learning.

Since moving to distance learning, Kobza said there have not been any huge expenses, adding the most the district spends on anything is $1,800 a week for the school lunch program.

The more meals a district offers the more Sodexo gives in reimbursements. Kobza said Monroe public schools added breakfast to its lunch program. “It’s a win-win for us,” he said.