MONROE, CT — A West Haven man was arrested on a warrant Thursday charging him in the assault of an 80-year-old Monroe woman in his care. 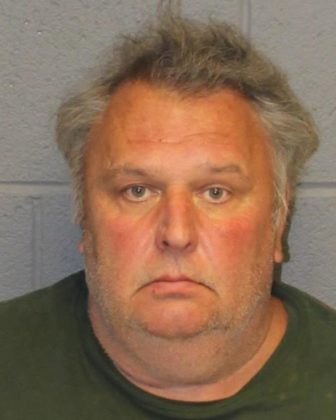 Leonard Glendinning, 59, was charged with second-degree assault of an elderly person and disorderly conduct. He was held on $60,000 bond and arraigned at Bridgeport Superior Court today.

On Wednesday, police officers responded to a complaint at a house on Georges Lane. The victim told them she was assaulted by a family member, identified as Glendinning, who had been acting as her caretaker while another family member was out of town, according to a press release issued by police.

The victim told officers she believed Glendinning was upset, because he had been at her home taking care of her for a longer period of time than he expected to.

Glendinning was acting in a violent manner and pushed the victim to the
ground and struck her with a broomstick twice, before she used her urgent response necklace to get help, causing him to flee, police said.

Police attempted to find Glendinning in the hours following the assault, but could not determine his location, according to the report.

An arrest warrant was obtained and Monroe officers took Glendinning into custody Thursday with the assistance of the West Haven Police Department.