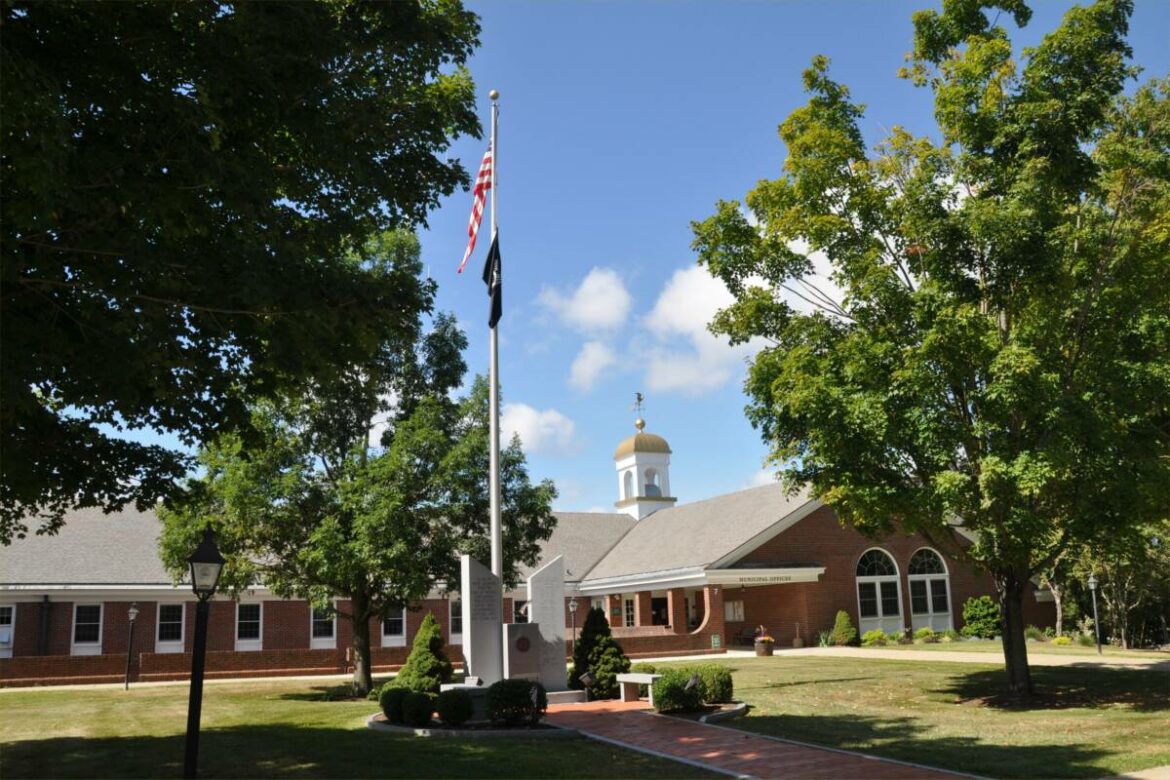 MONROE, CT — Stepney Fire Chief Dave Lewis is asking residents to support a $500,000 bond issue for self contained breathing apparatus for his fire company and the Stevenson Volunteer Fire Department at a Town Meeting to be held on June 28.

“All of our existing SCBA expire in September and we could use the public’s help to approve the purchase,” Lewis said.

Among the $6.9 million bonding for town and Board of Education projects, the big ticket item is $4.1 million for the Monroe Volunteer Emergency Medical Service’s building project at its headquarters at Jockey Hollow Firehouse.

EMS Chief Don Smith appeared at Town Council and Board of Finance meetings last week. He told public officials the renovation and addition project would meet the EMS’s needs now and into the future, and urged them to approve the bonding.

The Town Council unanimously approved the bonding resolutions at its meeting on Monday night and set the Town Meeting date for 7 p.m. on Monday, June 28, in the Council Chambers of Town Hall.

On Thursday, Board of Finance members authorized the $6.9 million worth of bonding for the EMS building project, public works equipment, maintenance of the town’s roads, fire safety equipment for Stepney and Stevenson firefighters, and various improvements for Monroe’s public schools.

All of the votes were unanimous, though some finance board members said they want the school district to use some surplus budget funds for its capital items, especially for technology, which typically is obsolete before the bonding is paid off.

The first selectman said the town’s five year rolling average for its outstanding obligation debt bonds has been declining. “Even after all of the proposed resolutions this evening, our obligations will still be lower than they’ve ever been in the rolling five year average,” Kellogg said.

The town also has $3.6 million in bonding issues that did not move forward last fiscal year for an emergency radio system for the town and Board of Education, DPW vehicle replacements, roadwork and fire safety equipment for Stevenson firefighters.

The Board of Finance voted on each bonding resolution separately, starting with $4.1 million in bonding for the Monroe Volunteer Emergency Medical Service’s building project at 54 Jockey Hollow Road.

The total cost of the project is over $4.5 million, but the town will also use a $500,000 Small Town Economic Assistant Program grant.

“The facility committee really did a phenomenal job with the best efforts to contain costs with this project. They’ve done their due diligence,” Kellogg said, adding they bid out each subcontract separately and saved an estimated $500,000.

The first selectman noted how nearly $1 million would go to Monroe contractors for the project.

“This project has been out here so long and we really want to get it done,” Kellogg said.

The Board of Finance passed the bonding unanimously.

A bonding resolution for the Monroe Department of Public Works totals $520,000 for trucks and equipment.

The package includes a $250,000 dump truck and a $265,000 excavator under the DPW’s vehicle replacement program. Kellogg said public works tries to replace two vehicles per year and had focused on dump trucks for the past several years.

“This year, we’re looking to do one dump truck and, for the second vehicle, doing a rubber tire excavator,” he said.

Kellogg said the excavator would increase capacity and versatility verses the limitations of a backhoe, allowing public works to make more efficient drainage repairs, giving the town the ability to do more road paving work, and reducing traffic congestion, because a lane of traffic can be kept open when it operates.

There would also be $5,000 in bond issuance costs.

The Board of Finance passed it unanimously.

A $1 million bonding issue would be used for phase 8 of Monroe’s road construction and reconstruction plan.

Kellogg said it would be combined with last year’s bonding for a total of $2 million in capital funding for road improvements, allowing the town to continue to improve its road Pavement Condition Index.

This bonding resolution also has $200,000 for the milling and repaving of the front ramp at Stepney Fire Station with the installation of storm drains and piping to stop water from backing up into station during heavy rain.

The Board of Finance passed the $1,220,000 bonding resolution unanimously.

Among the bonding resolutions is $500,000 for self-contained breathing apparatus and associated equipment and supplies that would allow the Stepney and Stevenson volunteer fire companies to meet National Fire Protection Association standards.

The amount used for Stepney would be $354,000, with $142,000 for Stevenson firefighters. Kellogg said some money was previously spent on self-contained breathing apparatus for the Monroe and Stevenson fire companies, so more of the funding this time around would be for Stepney.

The resolution includes bond issuance costs of $4,000. The Board of Finance approved it unanimously.

A $560,000 bonding resolution is for school improvements, including $110,000 to repair Masuk High School’s elevator controls to meet ADA compliance, $250,000 for underground storage tanks at Masuk and Jockey Hollow Middle School and $190,000 for STEM computer labs and laptop replacements.

Finance Director Ronald Bunovsky Jr. recently made a conservative projection that the Board of Education would finish the current fiscal year with a seven figure surplus.

Rebecca O’Donnell, a finance board member, expressed concern over moving forward to borrow money with interest, when it is possible the school district could use surplus funds to cover some of its expenses.

Chairman Michael Manjos agreed and said it would be unlikely that the technology would last through the bonding.

But Superintendent of Schools Joseph Kobza said the district would have to use some of the surplus to meet obligations of an agreement with teachers and other bargaining units, allowing them to work over the summer to recoup money they had given up for furlough days, in an effort to help the town during a difficult budget year.

Bunovsky said that comes to about $500,000 and would leave a projected $500,000 or more. However, he also noted the fiscal year has not ended yet and special education is still running things out. He said he will have a firmer grasp on the surplus by mid-July.

Outside of the storage tanks project, Bunovsky said, “a couple of those other projects, we may try to use some of the surplus.”

He said Masuk’s elevator and getting computers for teachers are time sensitive projects. Masuk’s elevator is down and has to be up and running by the start of next school year, Bunovsky said.

O’Donnell said she wanted to wait until the finance board has all of the financial information before voting on the bonding resolution. But Bunovsky said once a bond authorization is in place, the town does not need to issue the bonds and could instead choose to use other funding.

Bunovsky said it is important for the bonding to move forward for projects that have grant money.

“We can push this through with the caveat that, if there is a surplus, we can take money out of there, instead of bonding for it,” Manjos said.

The Board of Finance passed the bond resolution unanimously.