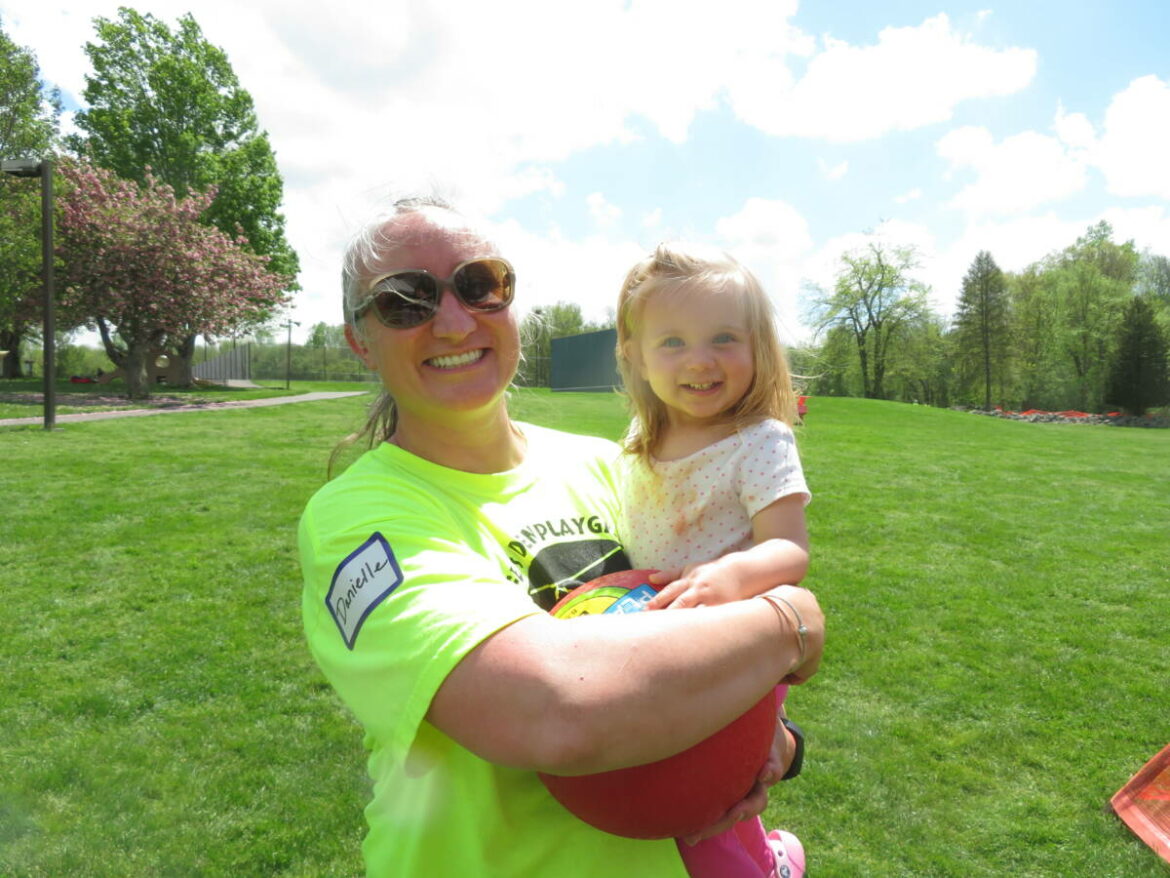 MONROE, CT — Children made colorful chalk drawings under a tent, mobbed Denny, the wolfe mascot, and took nature walks along the scenic trail at Wolfe Park Sunday afternoon. One blonde haired, blue-eyed girl named Coco, who is almost two-years-old, played with a red kickball on a grassy hill under the watchful eye of her mother, Danielle Geden.

Geden was among the 10 volunteers working at the child care tent during the sixth and final day of the community build for The Wolfe’s Den, which will replace the old wooden Kids Kreations playground. 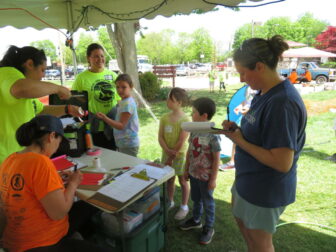 The women have been providing fun activities throughout the week, while allowing kids’ parents to help build the new playground.

“We have been busy,” said Melanie Kohler, who was in charge of the operation. “Everyone in town heard the call for volunteers. We are busy and it’s awesome. We’re seeing a lot of new faces.”

Geden said kids at the child care tent come and go, but at one point they had around 45 children at once. Kohler said about 150 children were supervised throughout the week. “We had a lot of repeats,” she said.

By the time Sunday was over, Kohler said 104 kids went through their tent that day.

Christine Paradis filled out paperwork at the registration table for her two children, Lydia, 8, and Noah, 6. “This is my first day,” she said of volunteering for the community build. “My husband Mark came Friday.” 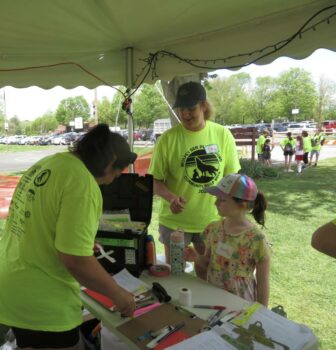 “It’s absolutely amazing to have an opportunity to help the community and have my kids involved as well,” Paradis said of knowing her children would be occupied and cared for while she worked.

The volunteers assigned numbers to the children, jotting it down on red wristbands that they and their parents wore. There was also a contact person onsite for emergency references.

“We haven’t had to use that yet,”  said a relieved Kohler.

The children’s guardians also got reminders of their pickup times.

Arts and crafts were among the activities this week, including signs children made for the Wolfe Park entrance from Cutlers Farm Road asking drivers, “do you want to build a playground?” 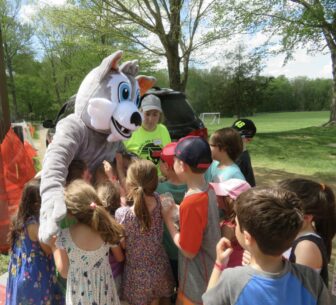 Children surround Denny, the wolfe mascot, during day six of the community build of The Wolfe’s Den playground at Wolfe Park Sunday.

The tent had a chalk board, Hula hoops, sports equipment and games. Children played tag and gaga ball, walked the nature trail and took field trips to the little playground on the hill.

A large group of children heading to the nature trail received a surprise Sunday when Denny, the wolfe mascot played by Monroe Playground Foundation Vice Chairman Michael Ganino, greeted them for high fives and hugs.

Kids want to come back

“Parents have told us their kids woke up saying, ‘let’s go to child care today. Let’s go to the playground,'” Kohler said.

Dan Keene, chairman of the Monroe Playground Foundation, the nonprofit spearheading the project, said children’s enthusiasm to come back benefited the community build, as their parents put in more volunteer work for the new playground.

On Sunday, Tara Berwick showed up at the tent for her second build day, dropping off her daughter, Abby, 6.

“I was here yesterday,” Berwick said. “She was here for about three hours. She was sad t0 leave, because they were gonna play some other games. She asked if we could come back again today, because she loves it so much. It makes it easy to volunteer.” 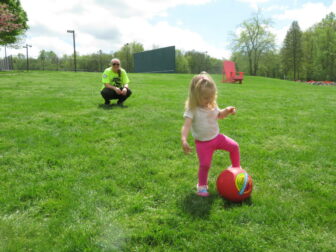 Initially, Berwick said she worried about leaving her daughter at the child care tent too long, because Abby didn’t know anyone.

But when it was time to go home, Abby enthusiastically told her mother all about her day.

“They played on the playground,” Berwick said. “They did arts and crafts. They picked flowers and made it into a cardboard vase — and they had very good snacks she says.” 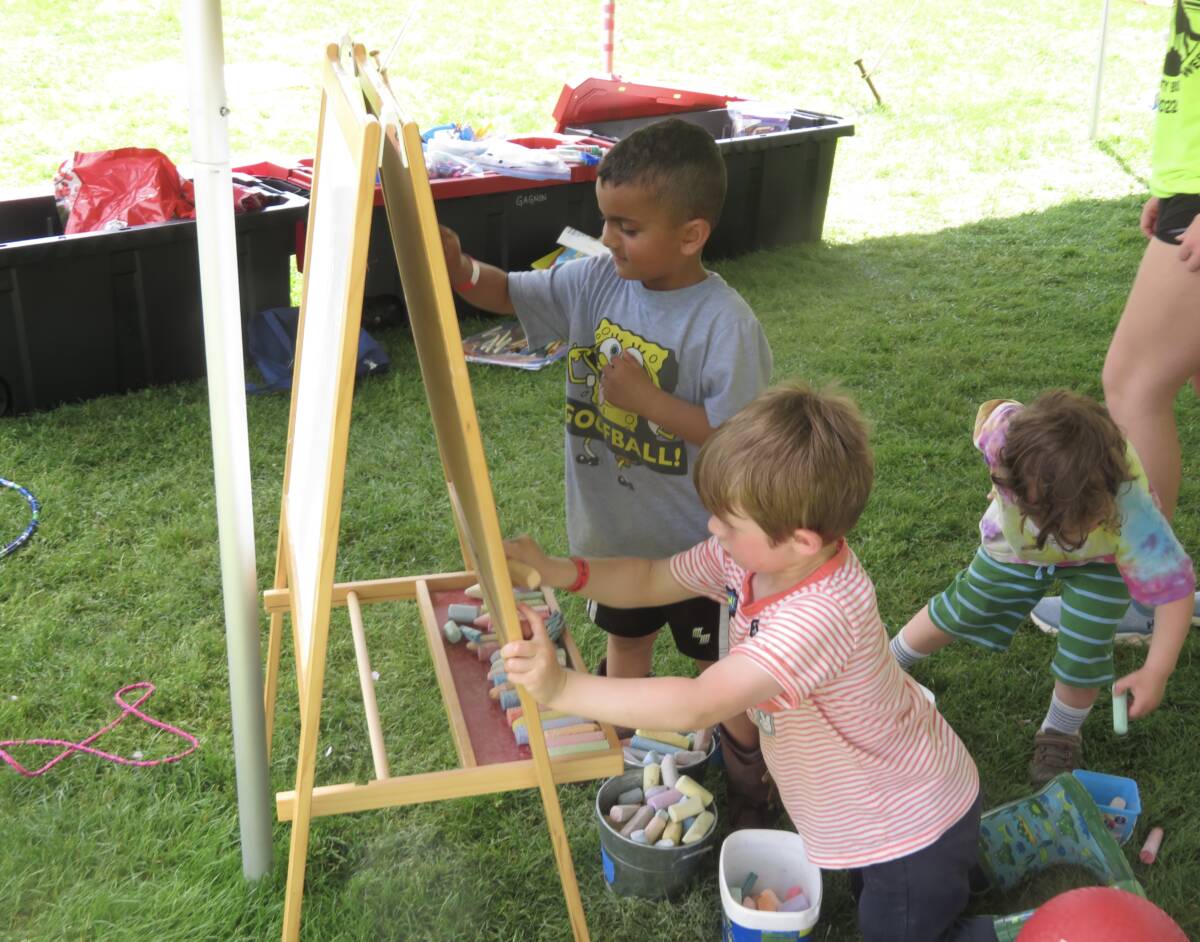 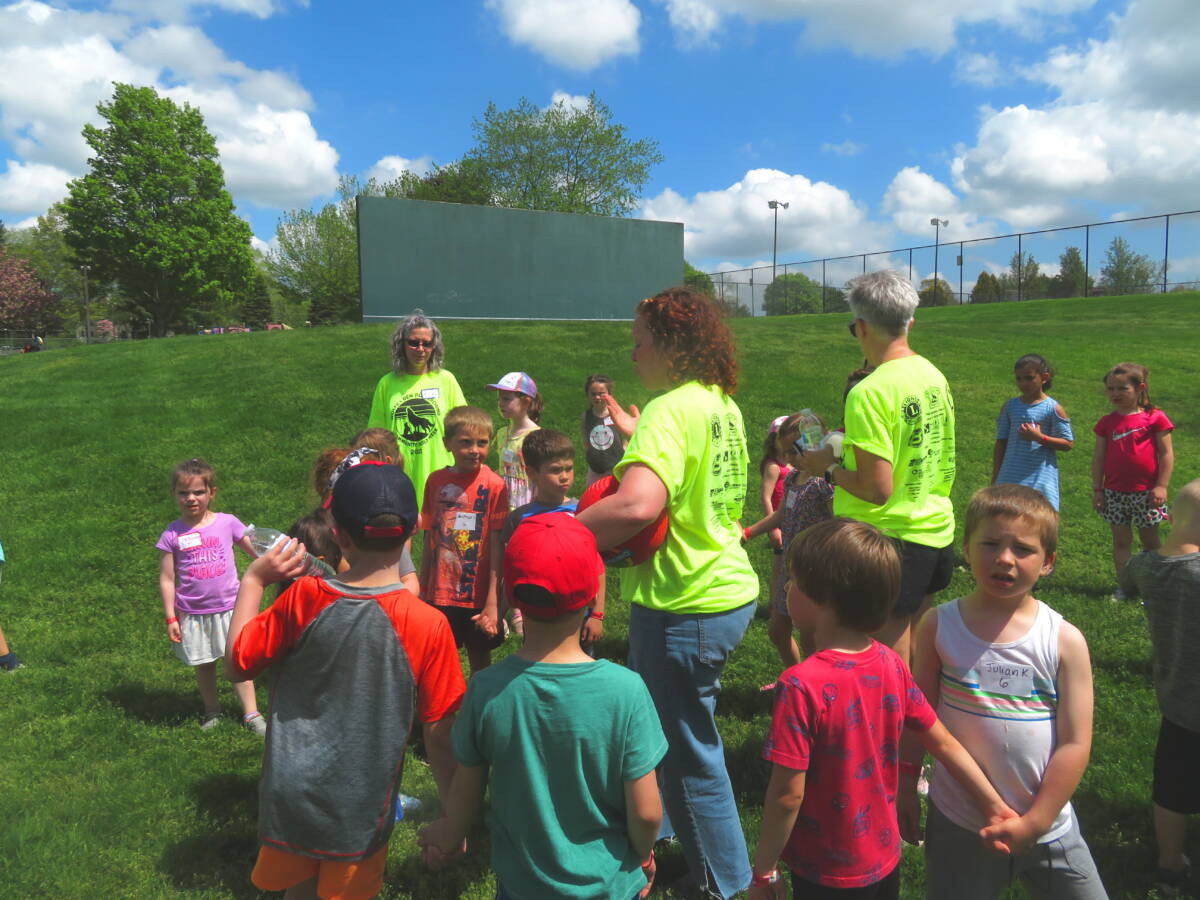 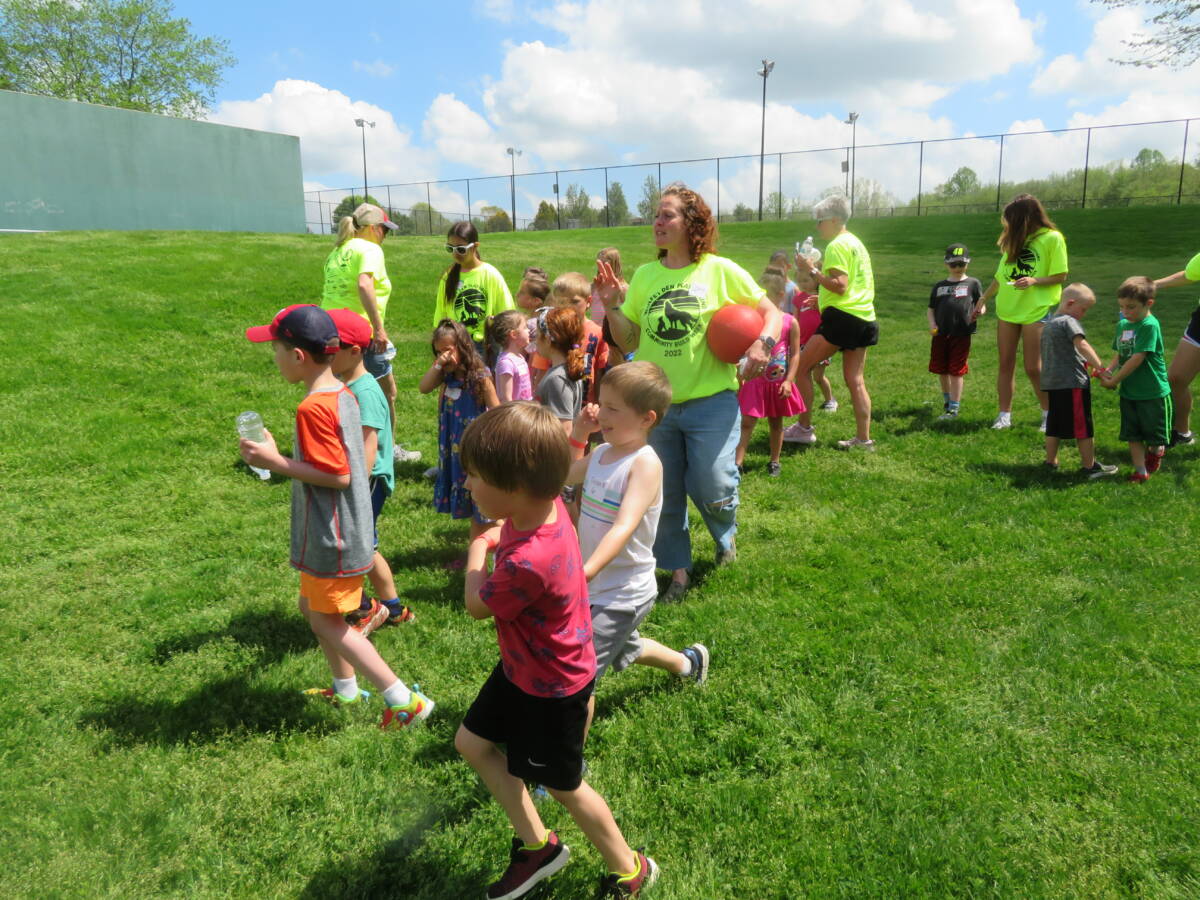 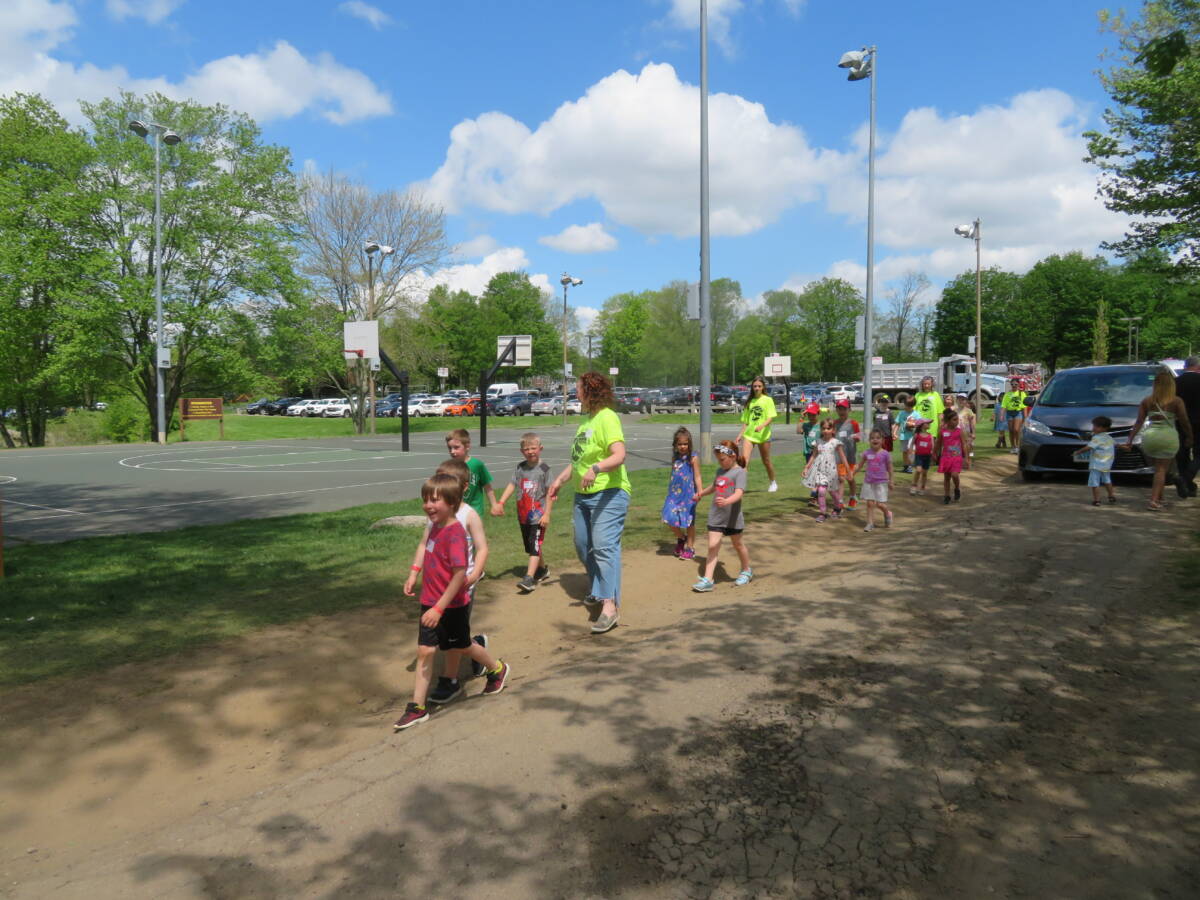 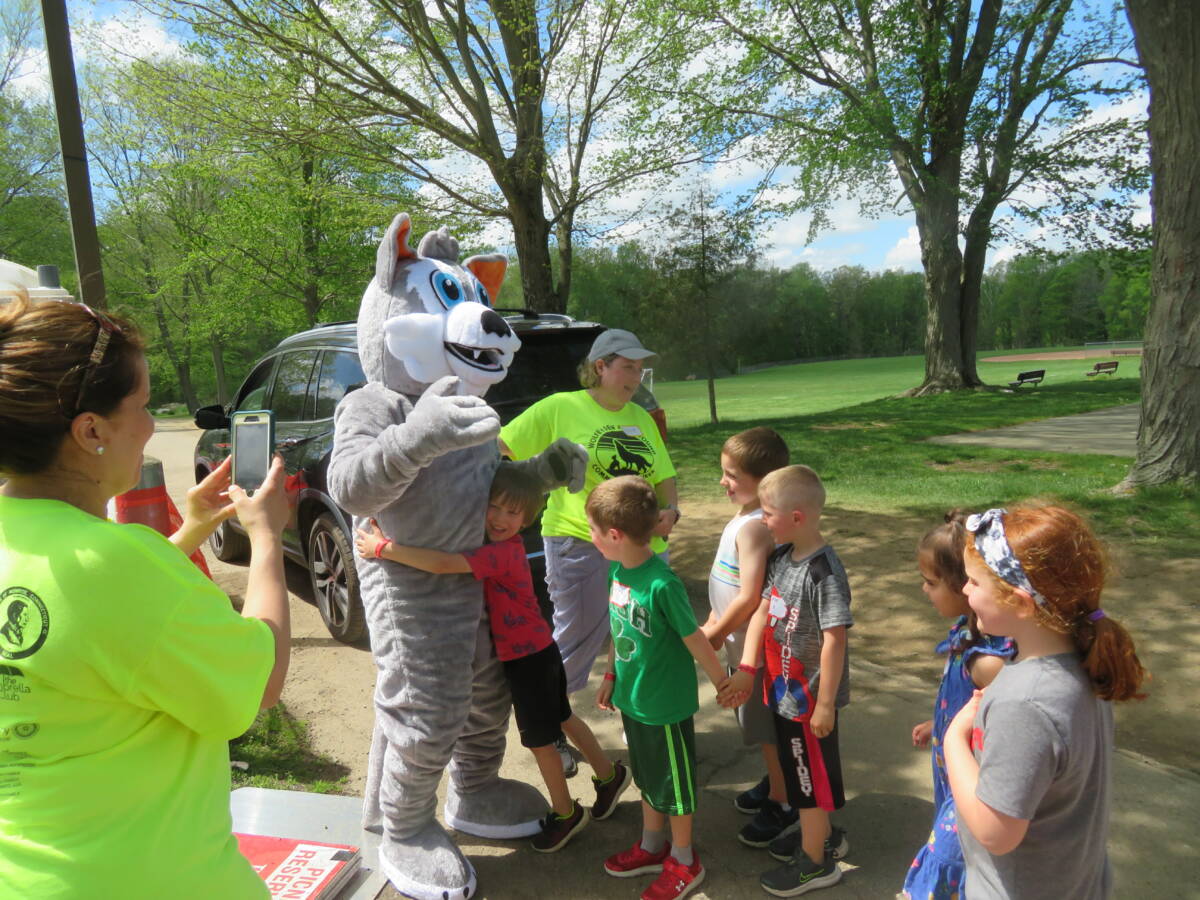 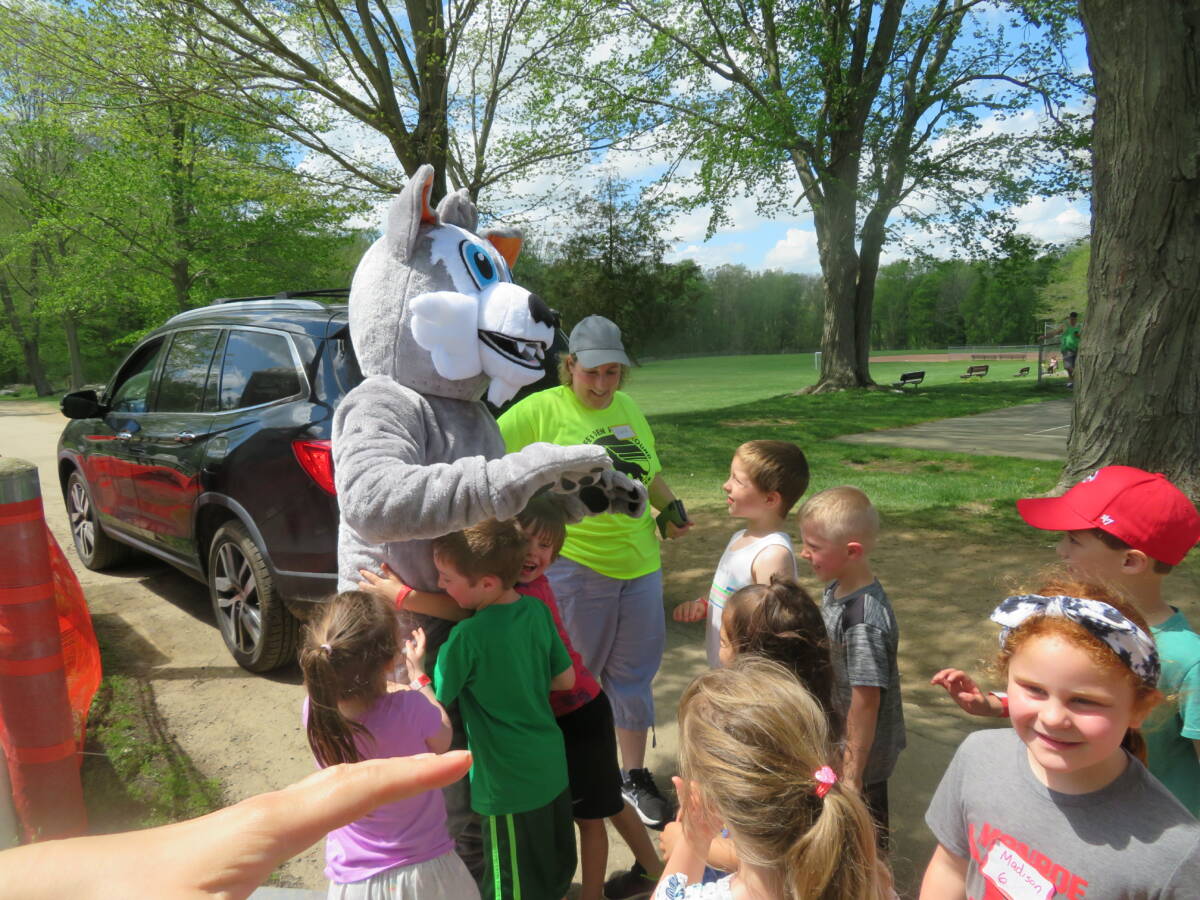 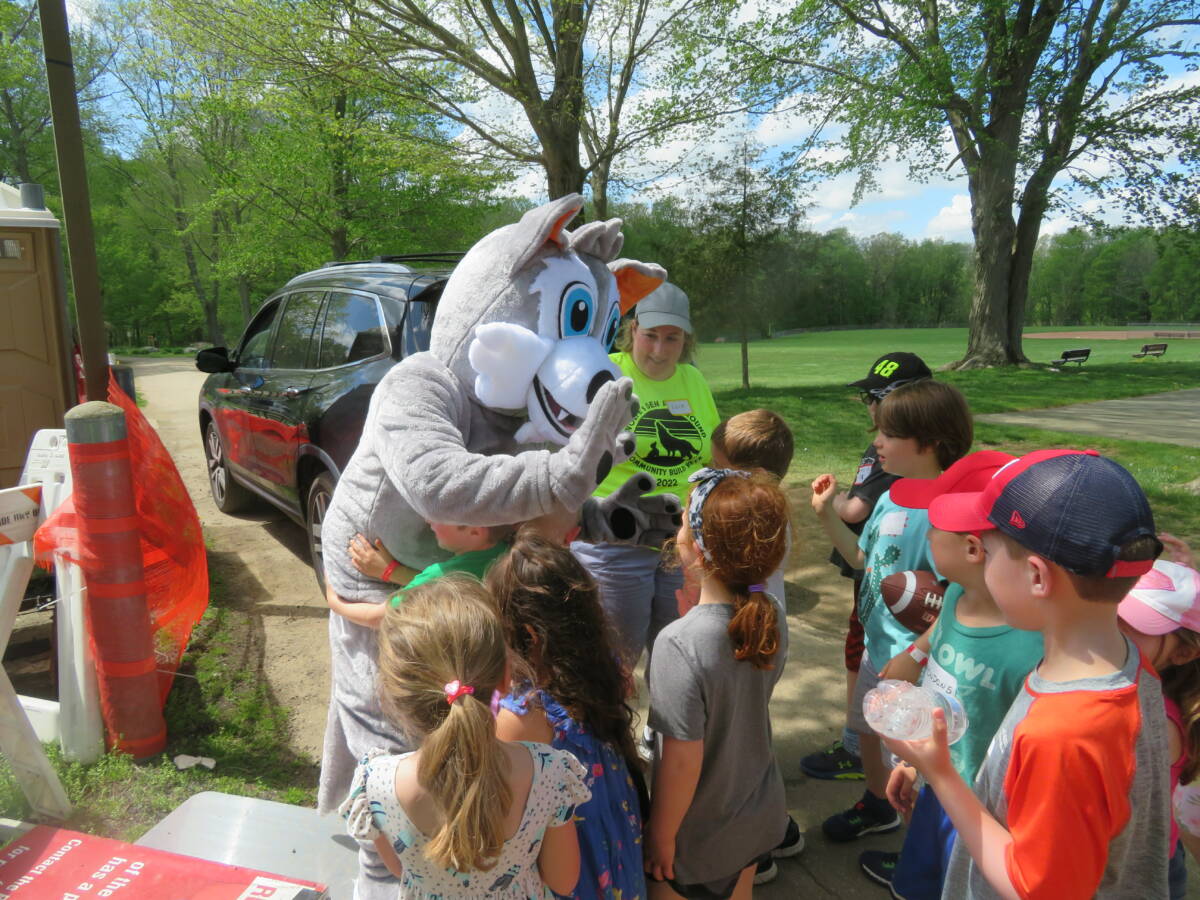 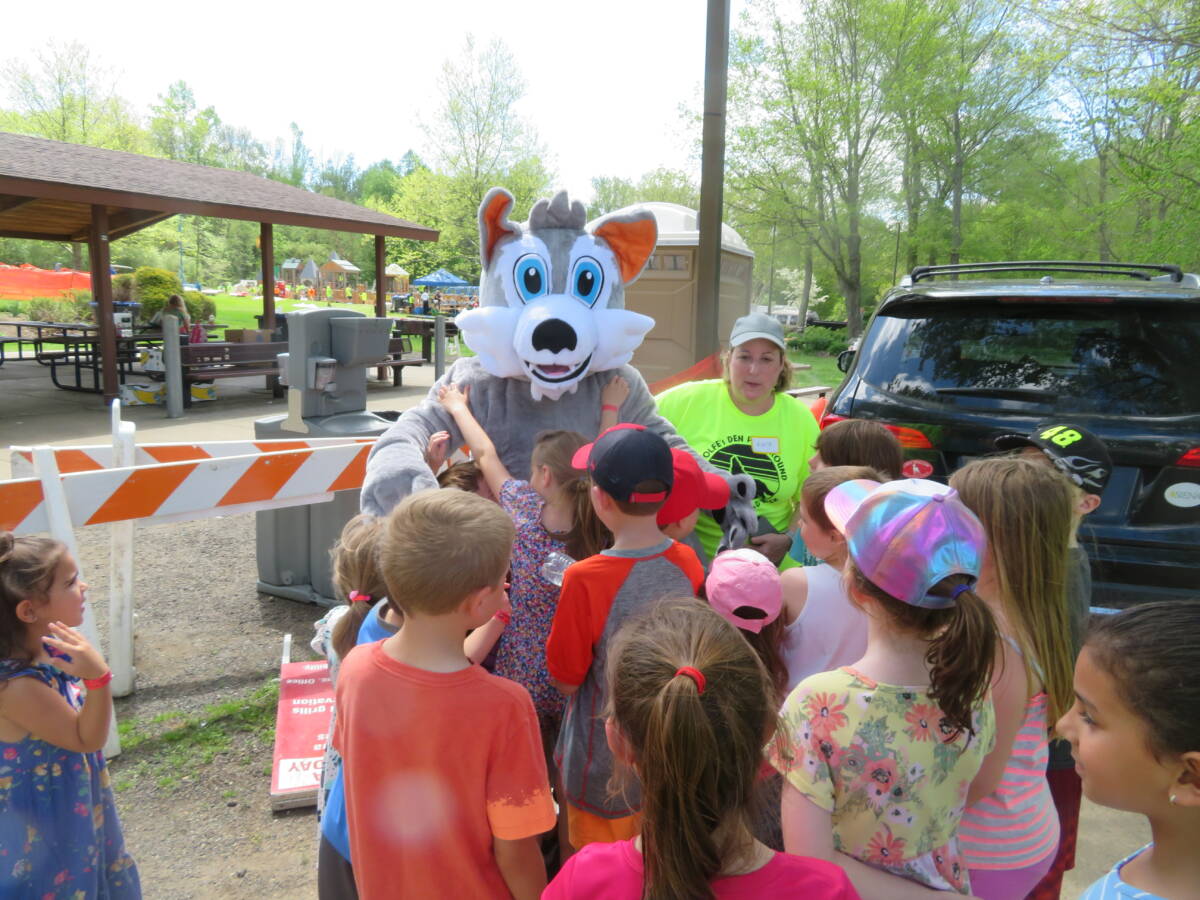 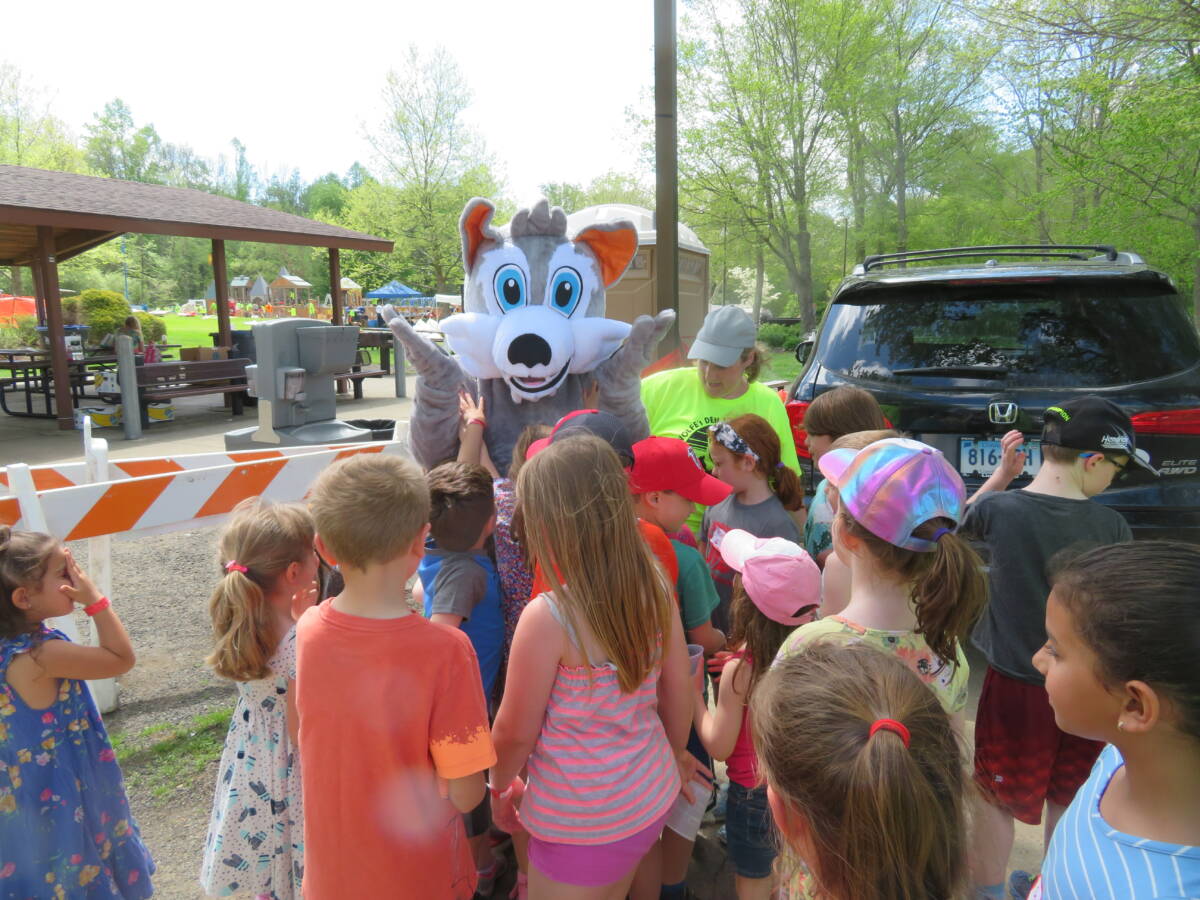 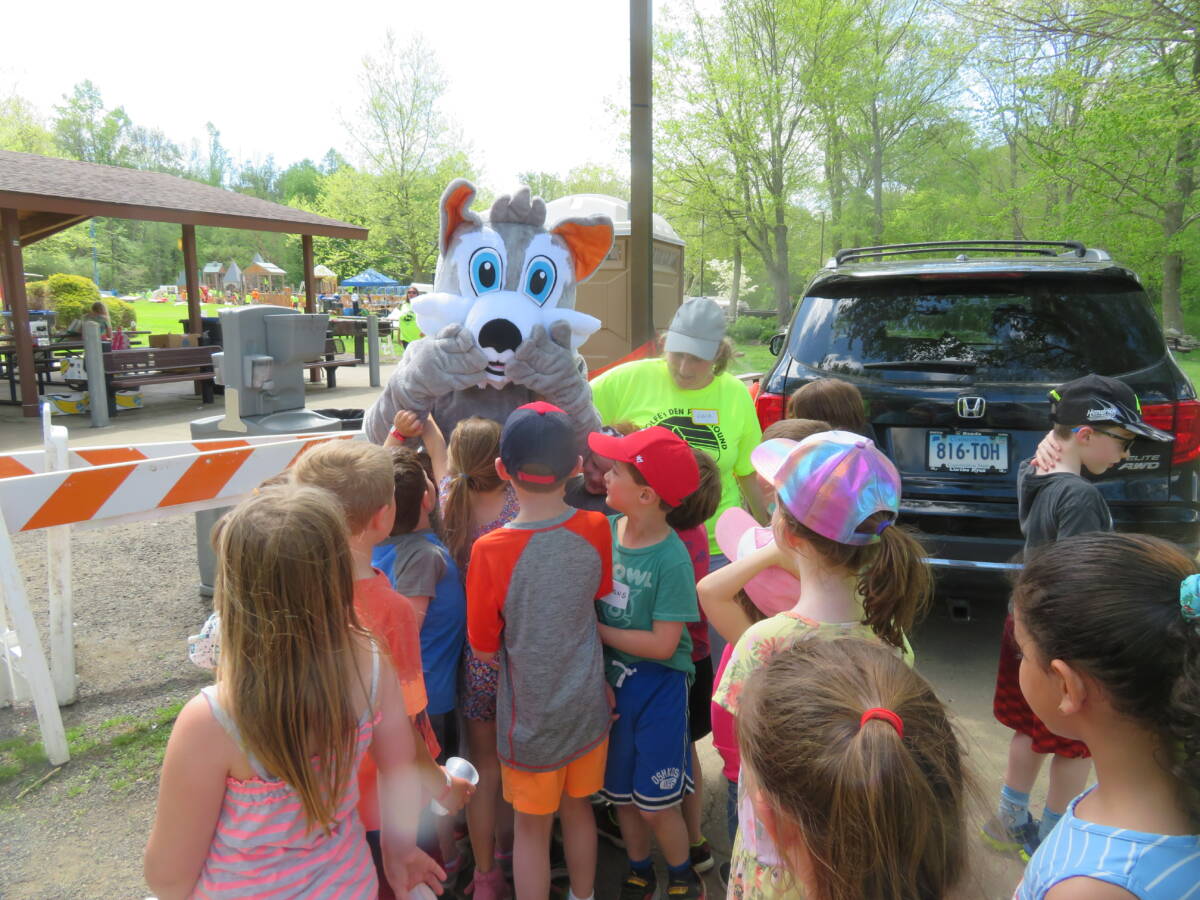 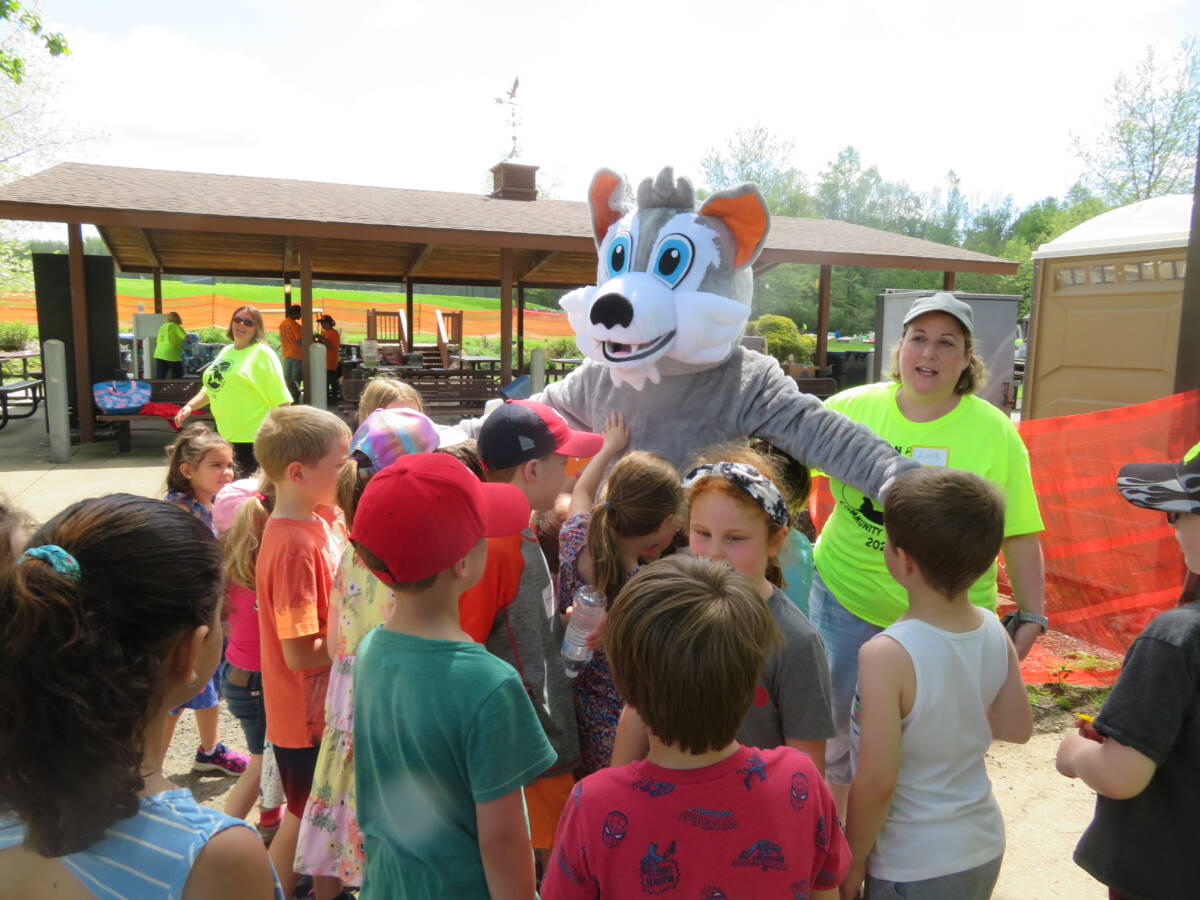 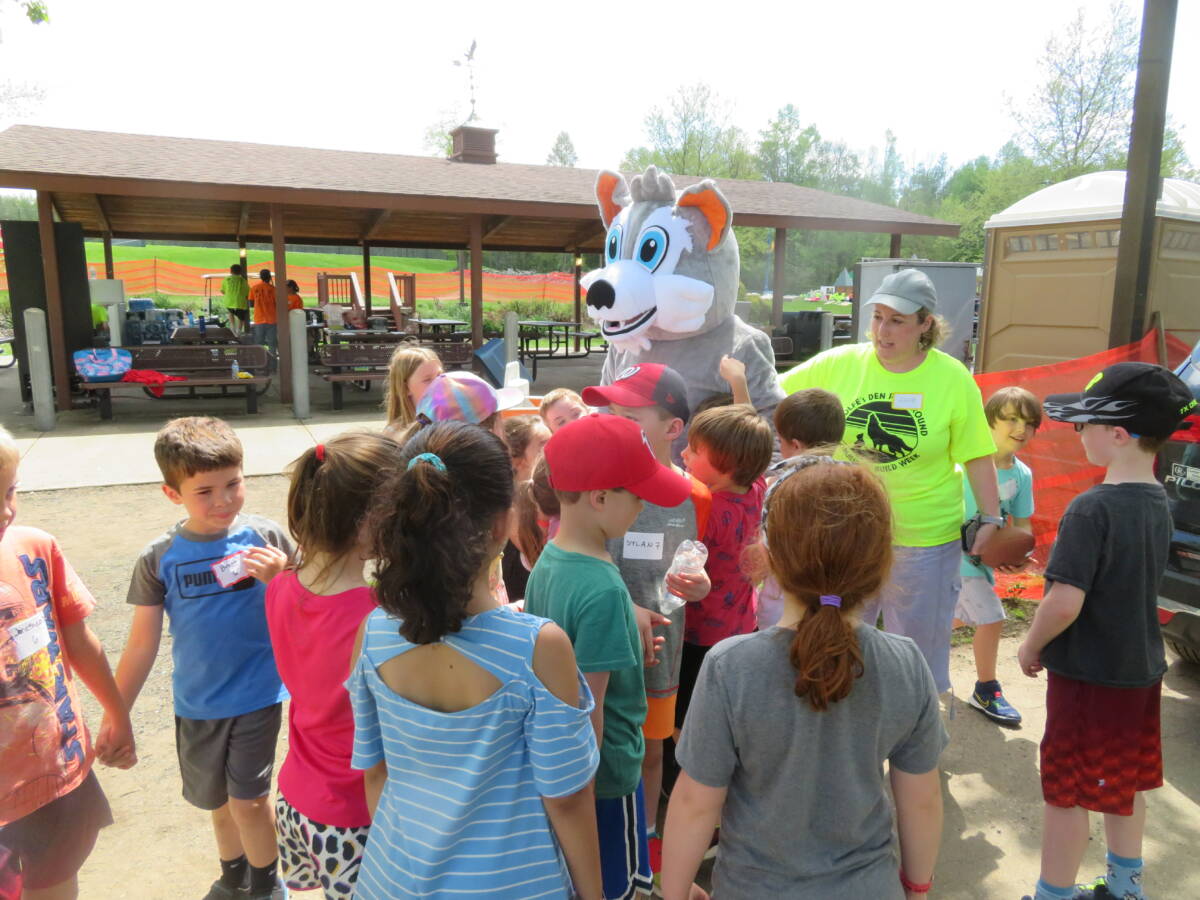 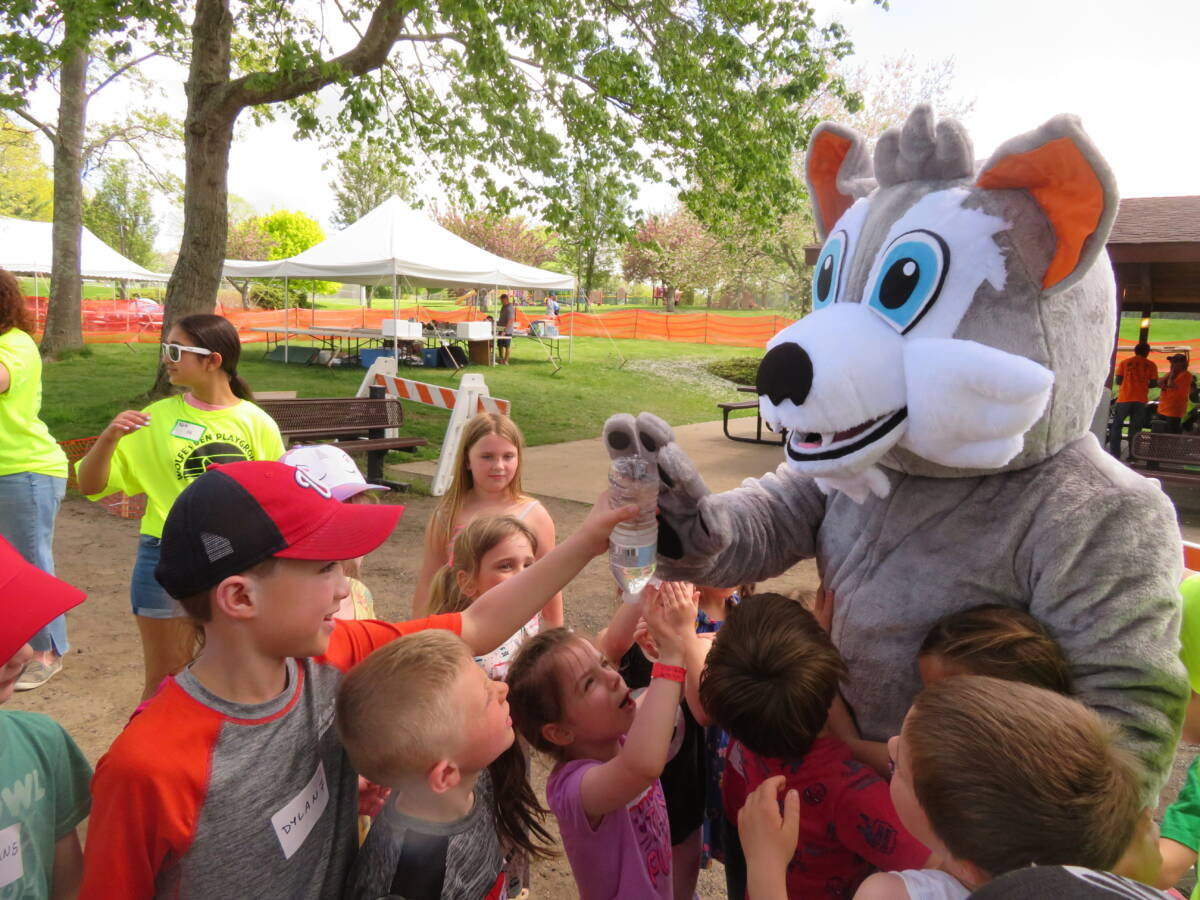 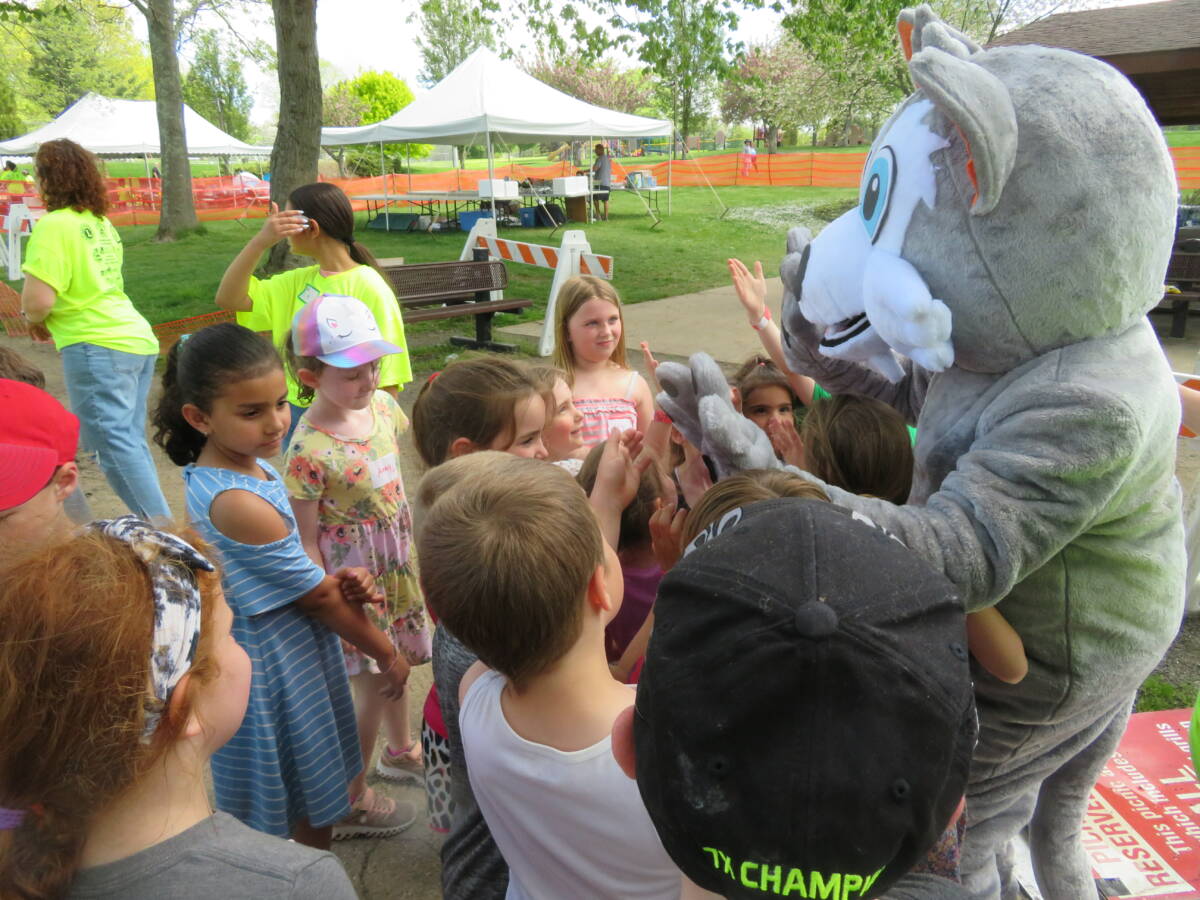 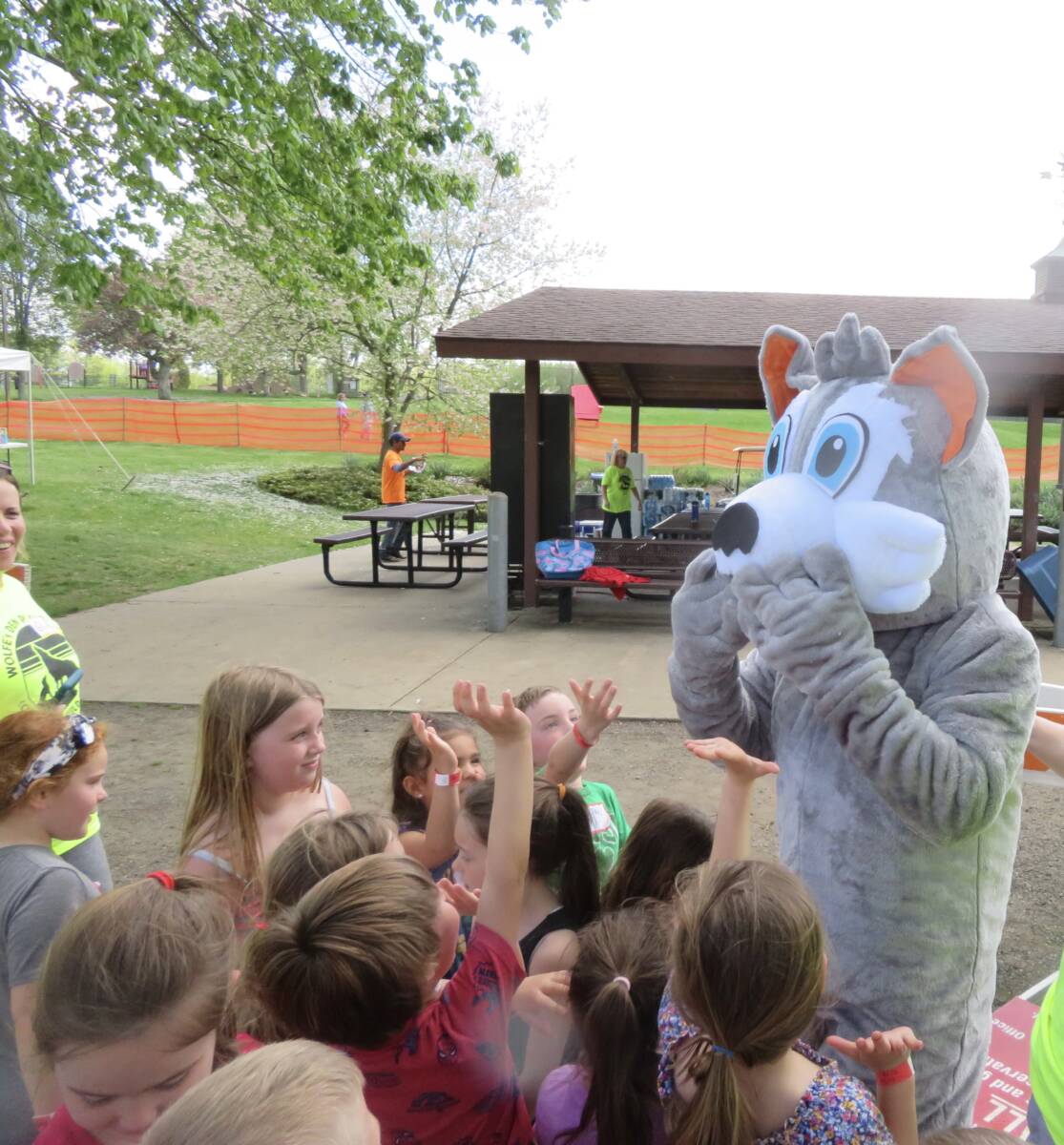 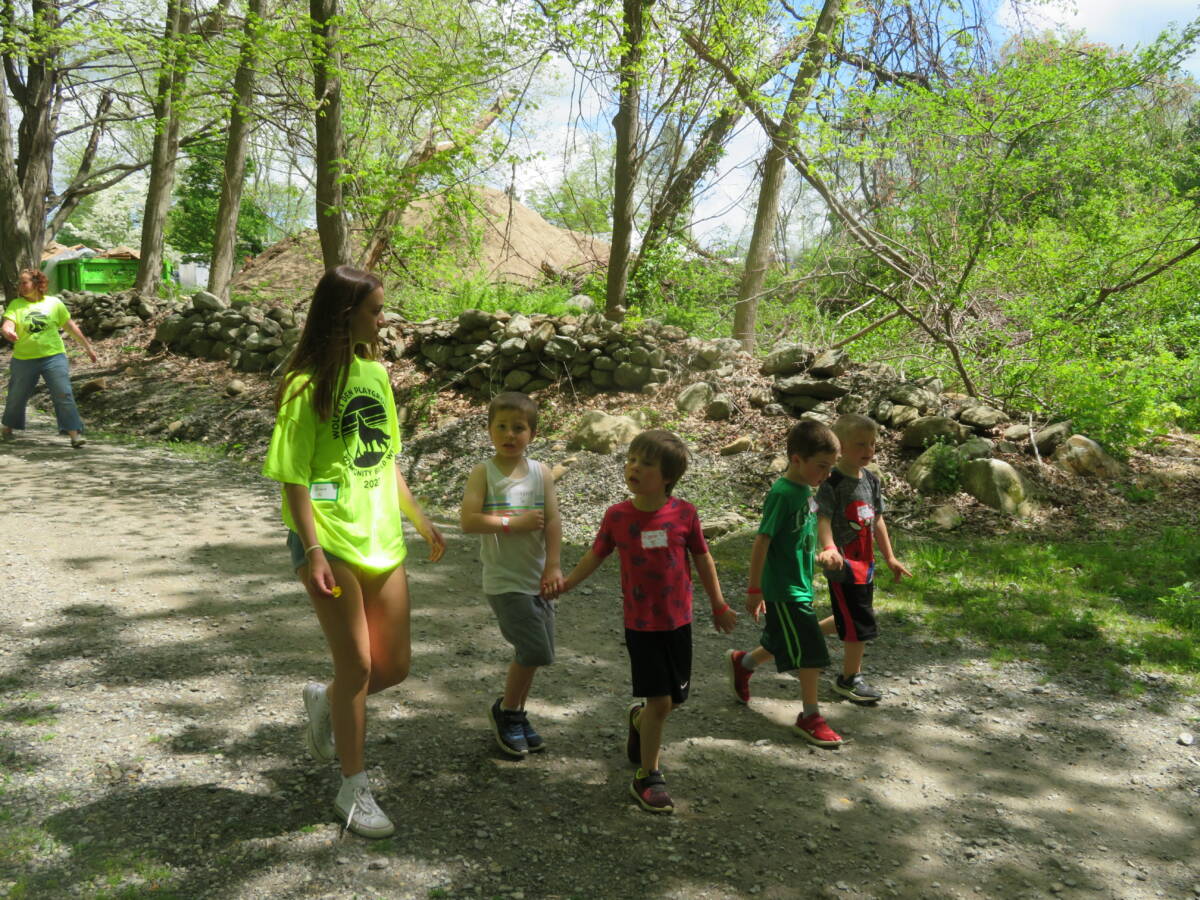 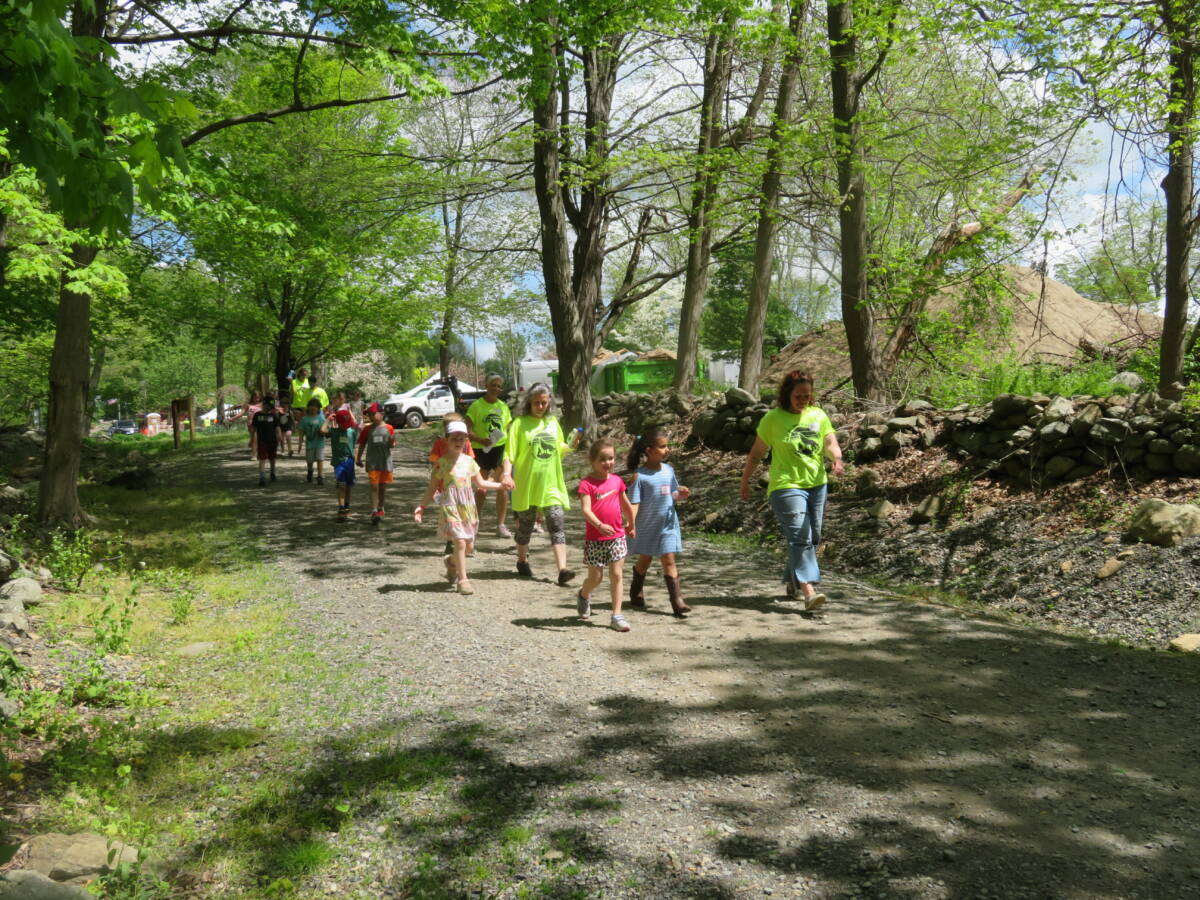 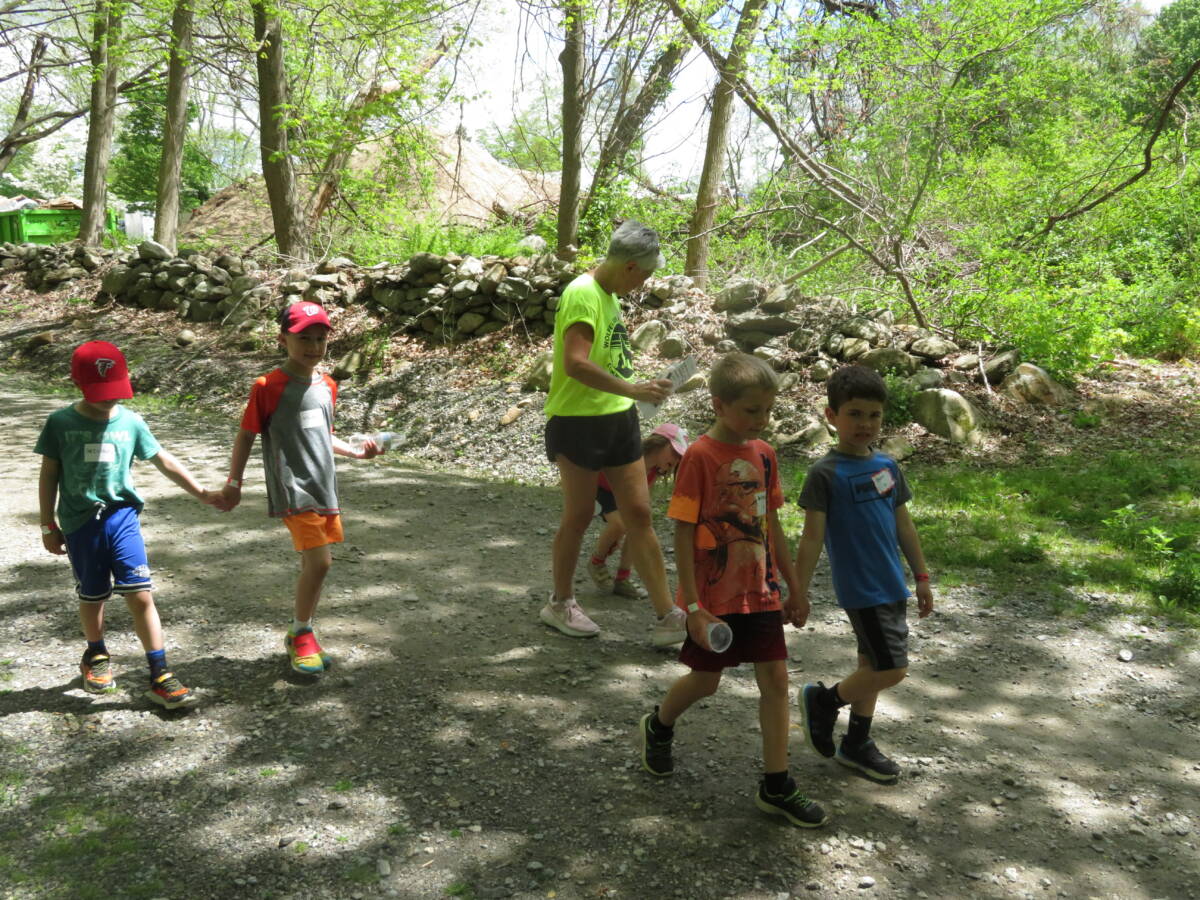 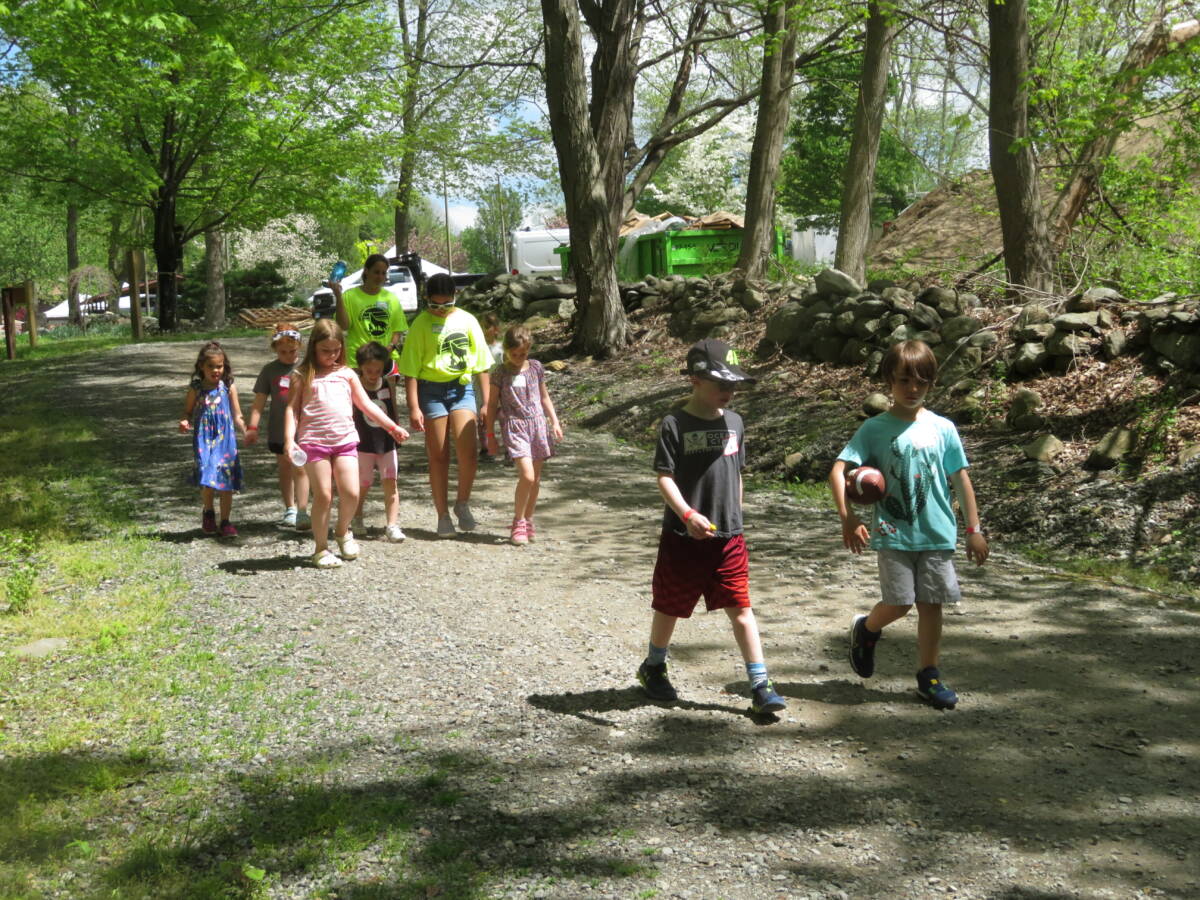 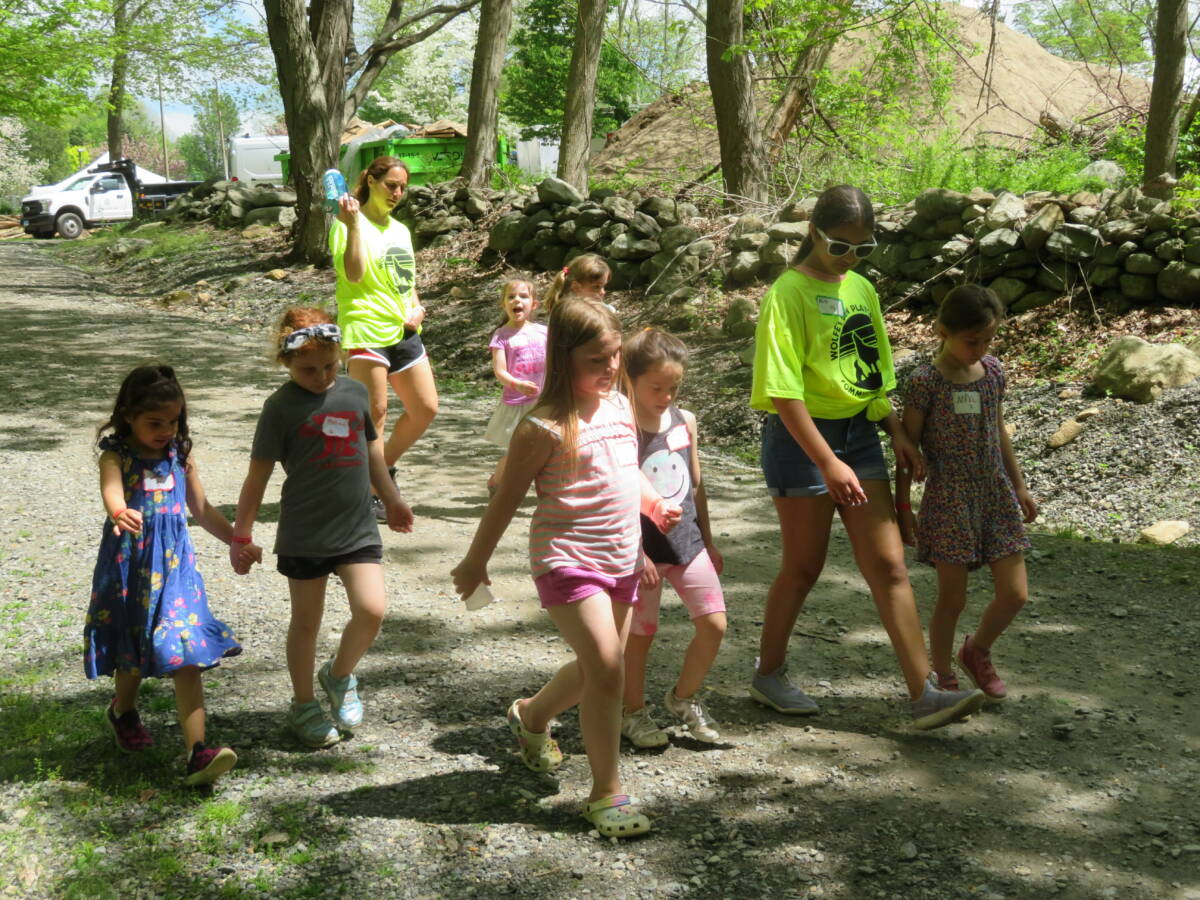 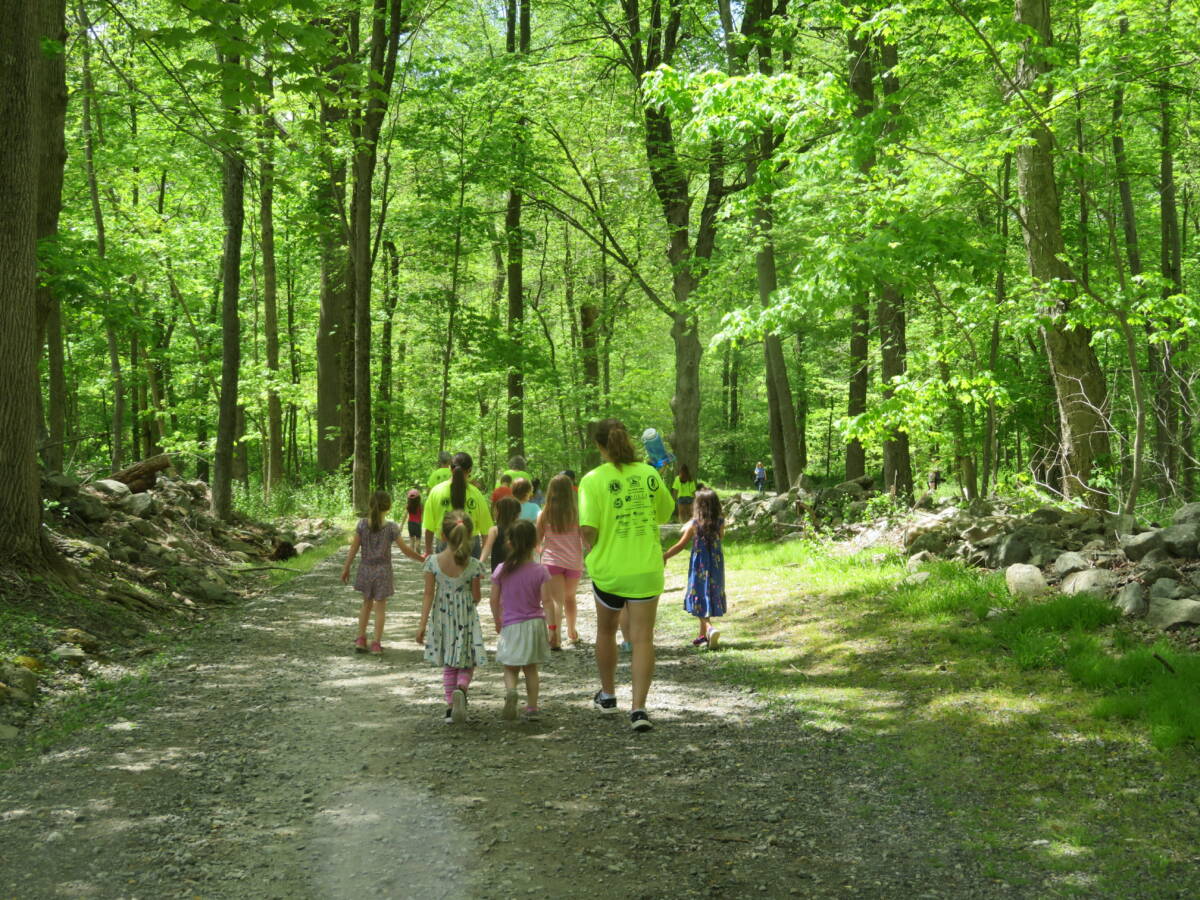