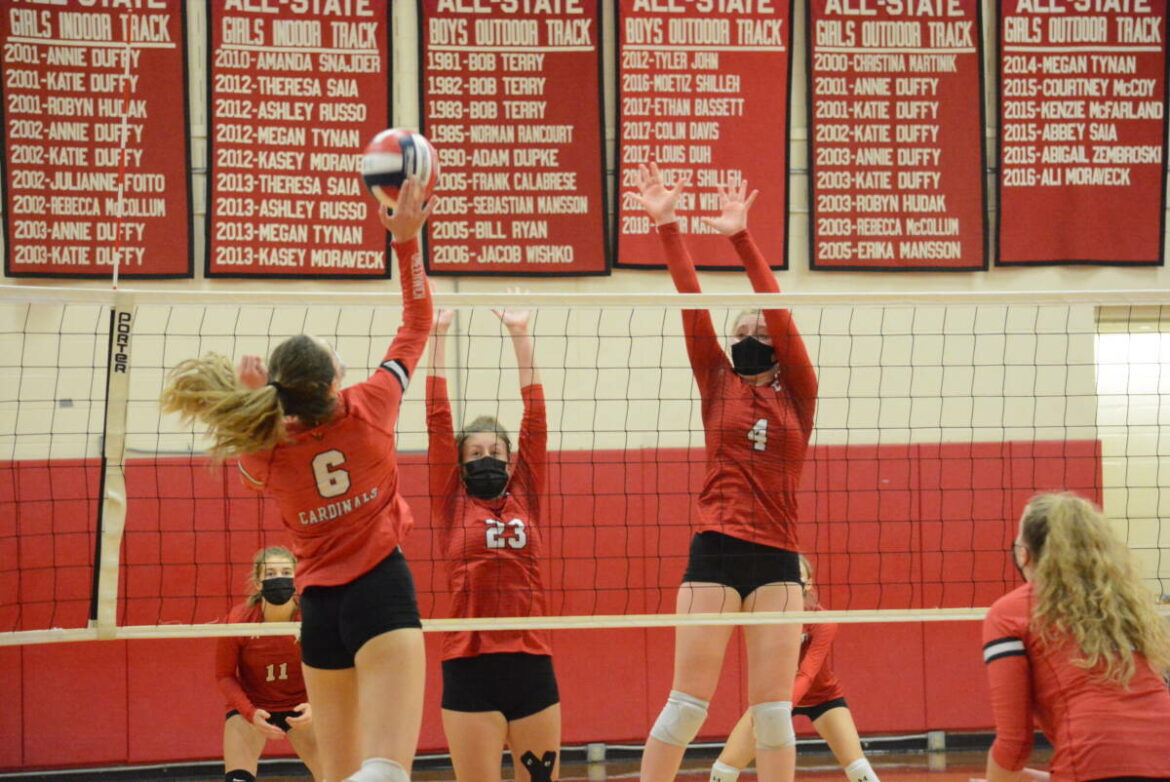 Hannah Fagan (11) looks on as Rose Kealey (23) and Kailey Kusick (4) defend against Greenwich.

MONROE, CT — Masuk High’s girls’ volleyball team is in the midst of a tough four-match stretch against FCIAC foes to begin the season. The Panthers dropped three-set matches to Greenwich on Sept. 9, Trumbull on Sept. 13, and New Canaan on Sept. 14.

Samantha Sullivan had aces, two kills, one block, and one dig; Kusick and an ace, eight kills, and six digs; and Henry logged 16 digs.

“First away game and the team brought the energy of playoffs. They were ready for this match. Unfortunately, we crumbled under pressure, but it was a learning experience we needed. Trumbull played a great match,” Masuk Coach Carol Ortiz said.

Masuk was very competitive against New Canaan, falling by 25-21 scores in each game.

Kusick had an ace, 18 kills, and four digs; and Henry compiled 24 digs and an ace.

“The team is improving a lot in a very short amount of time. Once we start putting all the pieces together consistently the scoreboard will show different results. In the meantime, we are learning from our mistakes and waiting for that breakthrough game,” Ortiz said.

After a match with St. Joseph of Trumbull (Sept. 17), the Panthers have their first South-West Conference clash. It stands to be another challenging test as Joel Barlow of Redding visits Monday, Sept. 20, at 5:30 p.m. Barlow defeated Masuk in last year’s SWC South Division championship and has won nine straight conference crowns.