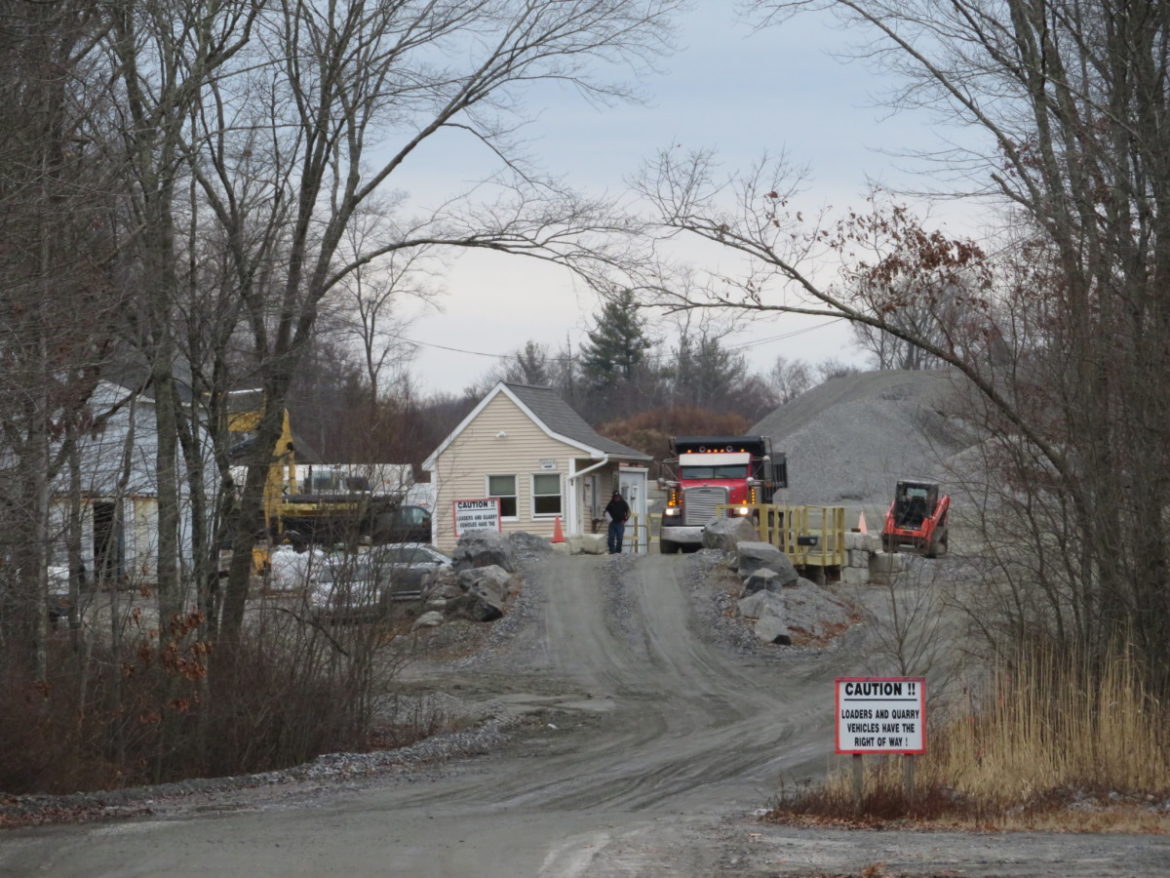 The Inland Wetlands Commission is trying to ensure wetlands violations are addressed on this industrial site on Cambridge Drive, before the new owners can prepare the property for two buildings that were previously approved.

Wetlands Agent Denise Halstead showed photos of industrial property on Cambridge Drive taken in December of 2014 to the Inland Wetlands Commission at a meeting in November, and Chairman Keith Romano noted it was before an additional 30-to-40 feet of blasting was done.

Then Halstead sent out a notice of violation to the owners of the property, which has previous land use approvals for the construction of two industrial buildings. The commission held a discussion of the notice at its Dec. 11 meeting.

Kevin Solli, an engineer hired by the property owners, requested more time for his clients to assess the current condition of the property and present a remediation plan to the commission.

“There were activities on the site beyond what was approved that we have to address,” Solli said.

He asked for 60 days to do an analysis to update information on the property and share it with the commission. “The applicant is just as anxious to get a path forward,” Solli said.

Solli said his clients were relying on legal opinion letters that said there were valid planning and zoning permits allowing them to fill in the hole created on the property by the previous owner.

Solli said a number of corrective measures have already been made. For instance, he said every load of fill that is trucked in must meet clean fill guidelines.

The applicant also questioned some of the violations, including an allegation that all life ended in a vernal pool, likely because of activity on the site. Lois Spence, the commission secretary, said there was expert testimony saying vernal pool No. 1 went from a tier 1 to no life.

Attorney Joel Z. Green, who is representing Peter Metropolos as trustee to The Thomas C. and Stella Maganas 1988 Family Trust, the owner of 36 Timothy Road, tried to speak at the meeting, but Barbara Schoenberg, an attorney for the commission, said it was not clear whether Green had a legal right to be an intervenor at the proceeding.

Green stood up and contended he did have a right to speak and Finn got out of his seat to say Green could not speak until the commission had a legal answer.

The commission decided to table the issue until they had an answer on Green’s intervenor status, which Romano anticipates will be by Jan. 8.