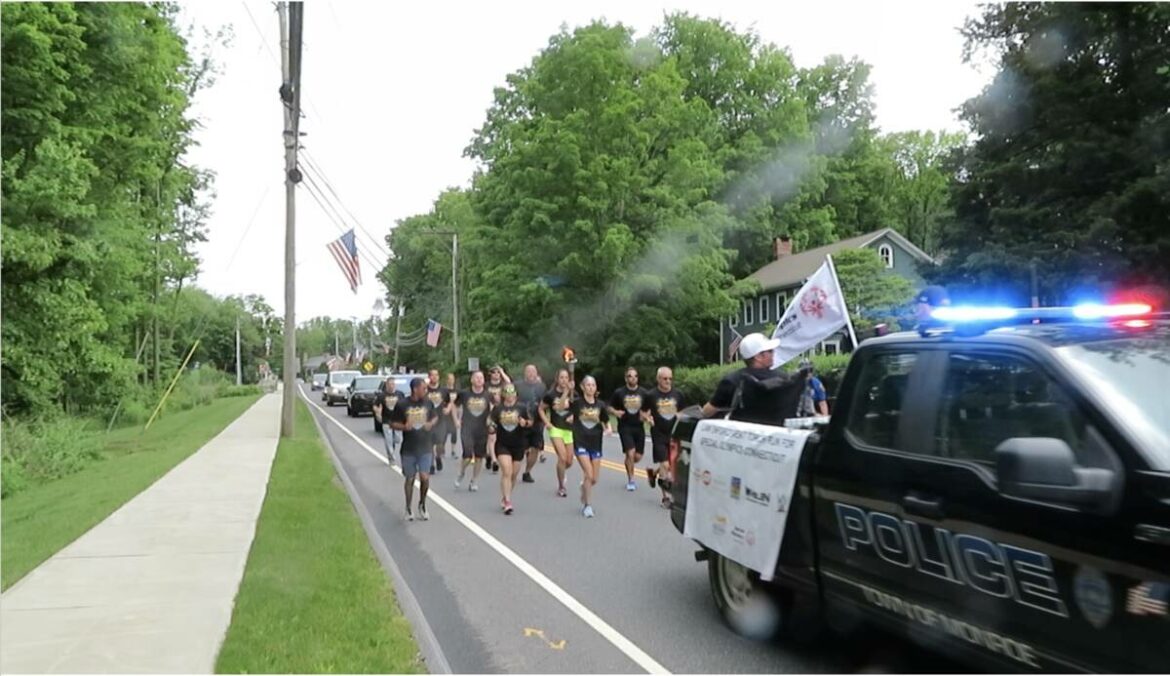 Monroe officers’ route would end at the Trumbull Police Department, whose officers would take the torch for their leg of the run.

Along the route, Monroe Elementary School Principal Kelly Svendsen, who participated in the MPD’s run, said some of her fifth graders planned to join the group at the intersection with Elm Street.

All of the children from MES were ready to cheer in front of their school, while members of its Unified Sports Team joined runners from the Board of Education driveway to the school driveway.