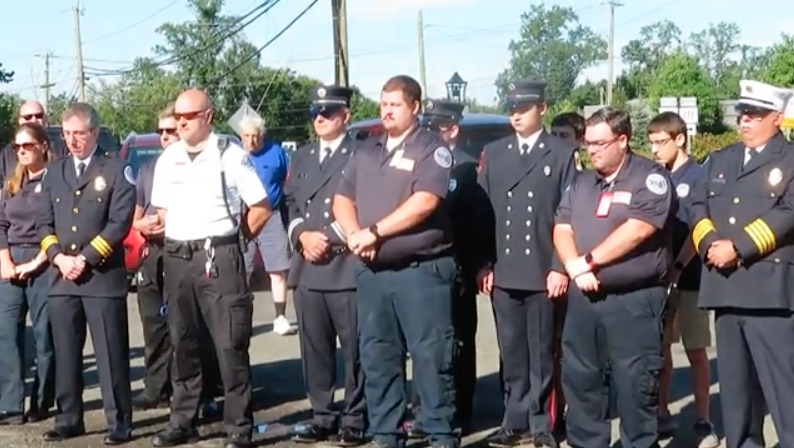 First responders pray during the 9/11 remembrance ceremony at the Monroe firehouse on Route 110 Saturday morning.

MONROE, CT — Two decades have passed since the 9/11 terrorist attacks that took the lives of nearly 3,000 Americans, including the 343 New York City firefighters who rushed into the World Trade Center’s towers trying to save civilians before the two buildings collapsed that fateful day.

“Never forget,” was the recurring message during the annual remembrance ceremony at the Monroe firehouse on Shelton Road Saturday morning.

The solemn event was attended by firefighters from all three of the town’s fire companies, including Stepney and Stevenson, police officers and a small crowd of residents.