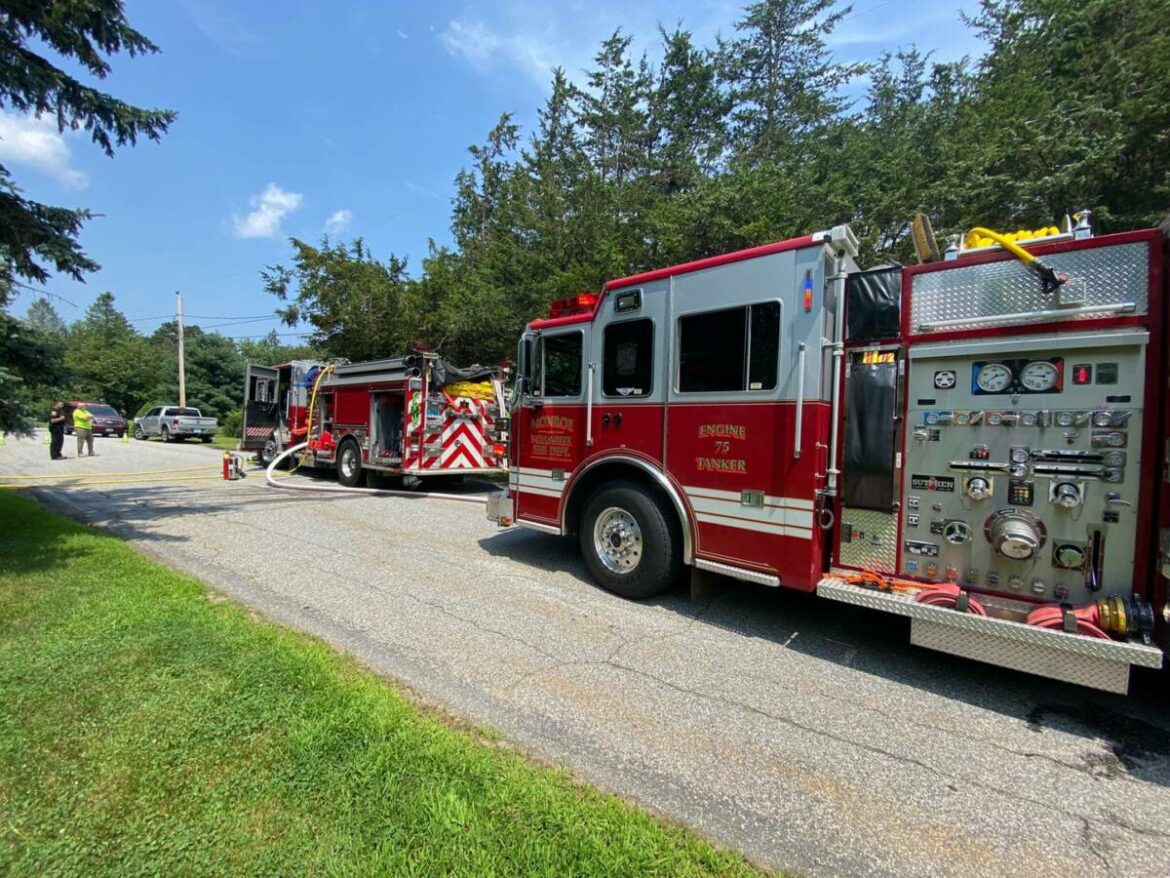 MONROE, CT — A van caught fire in a driveway on Lynn Drive early Monday afternoon and the flames spread to the house, but the owner sprayed it with a garden hose until firefighters arrived and got the blaze under control.

Monroe Deputy Fire Chief Kevin Catalano said the fire caused some damage to the house, including melted siding, and spread to some other items near the garage— but did not spread into the home.

“No one was injured and the residents were able to return to the house,” he said.

Firefighters received the call for a work van on fire in the driveway, very close to the house, just after 1 p.m. The Monroe, Stevenson and Stepney volunteer fire companies all responded.

Monroe police officers and Monroe Volunteer Emergency Medical Service volunteers also responded to the call, according to a post on the Monroe Volunteer Fire Department No. 1 Inc. Facebook page.

Firefighters found the van fire had extended to part of the exterior of the house and attached garage area, but were able to extinguish the fire before it entered the house. The homeowner helped to keep the fire in check while fire units were enroute which limited the damage. There were no injuries but firefighters operated for about an hour in high temperatures. The cause was accidental in nature. Shelton FD covered the town and responded to a separate fire alarm during this incident. Monroe PD and EMS assisted on scene.”