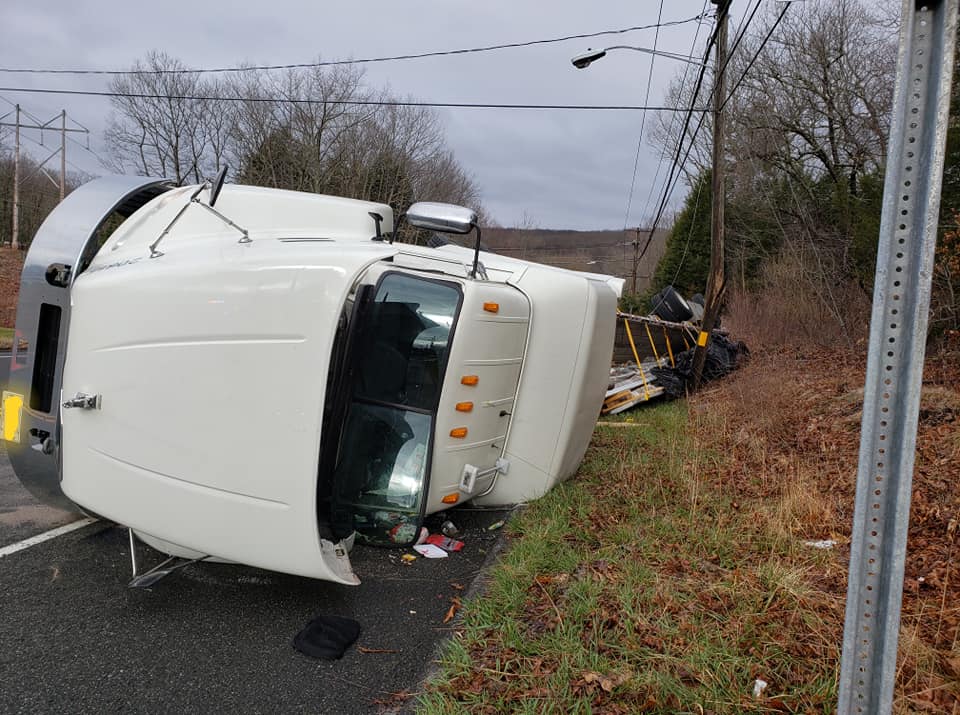 The Monroe Volunteer Fire Department shared this photo of the tractor trailer that rolled over at routes 111 and 34 Tuesday morning on its Facebook page.

The truck struck a utility pole and is currently holding it up, so Eversource must remove the pole before the truck can be towed, police said.

Monroe Volunteer Fire Department No. 1’s Squad 73 and Utility 74 provided mutual aid to Stevenson firefighters for the call, which came in around 8:21 a.m.

A Monroe woman was defrauded to the tune of $24,000 in an online scam after being convinced to purchase gift cards for Sephora makeup.

Police said she was using her computer Saturday, when she received a notification informing her that her network had been attacked. The alert appeared to be from Microsoft and included a phone number to call.

After being shuffled around to different departments, someone told her that her Citibank credit card had been compromised by $10,000 and convinced her she needed to buy $10,000 worth of Sephora gift cards to use as collateral, until the dispute could be resolved.

The woman went to several Stop & Shop supermarkets, using several credit cards to buy different amounts of Sephora gift cards. She went above and beyond the request, buying $24,000 worth of cards, according to police.

Then she called the person again and gave all of the gift card numbers and pin numbers needed to activate the cards for online purchases, police said, adding she was told she would be contacted the next morning.

When they didn’t call her, she realized it was a scam and contacted all the credit card companies involved to cancel the purchases, but the $24,000 had already been charged to her accounts, according to the report.