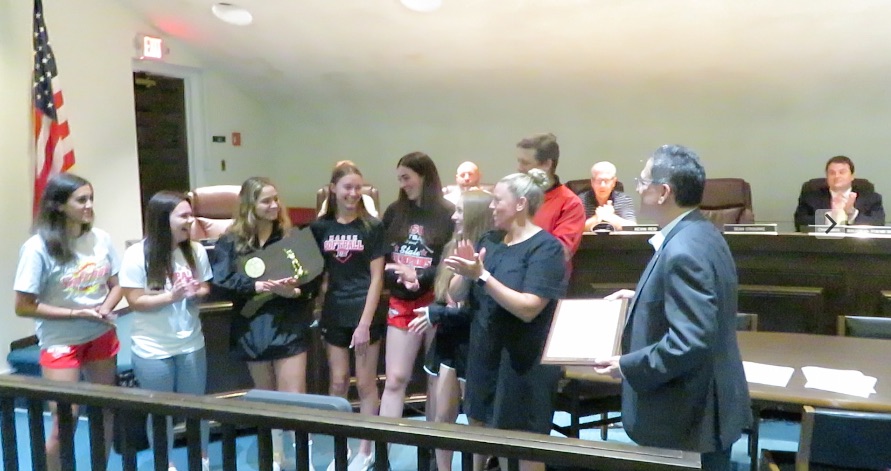 Coach Leigh Barone’s team went 24-0 in an undefeated season culminating with a thrilling 2-0 victory over the St. Joseph Cadets at DeLuca Field in Stratford in June.

State Rep. Tony Scott, R-112th, introduced a citation to the Connecticut General Assembly, signed by him and state senators Kevin Kelly, R-21st, and Sen. Marilyn Moore, D-22nd. Scott could not attend Monday’s meeting, so Council Chairman Jonathan Formichella presented the citation to the team, congratulating the Panthers on a great season.