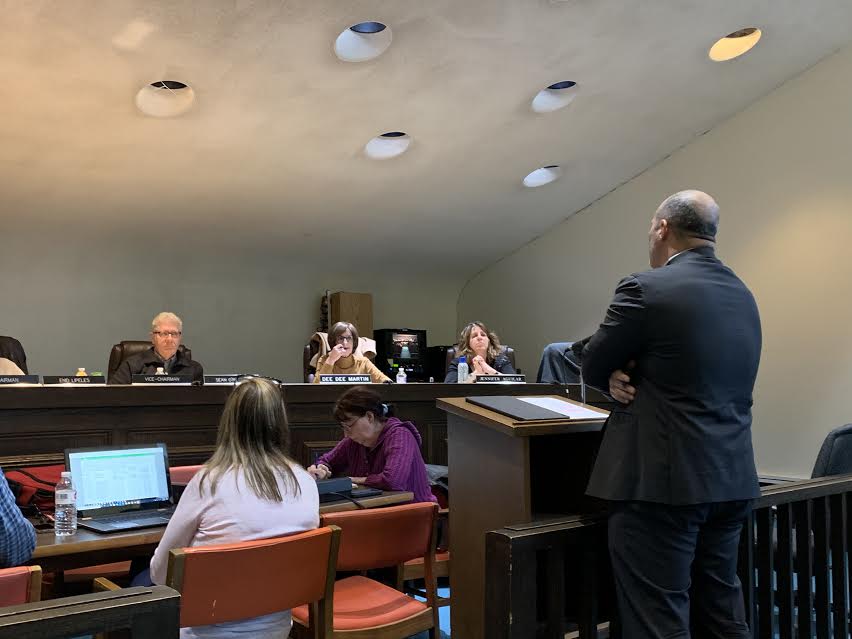 During a budget workshop Thursday night, the rest of the council agreed, before unanimously passing the municipal spending plan and sending it to the Board of Finance for its review.

“In view of what’s happening in the world, the economy, the stock market and the virus, which is driving everything, I think we should leave the budget alone,” Lipeles said after the meeting. “Some people may have trouble paying taxes next year.”

The Republicans have a 6-3 majority on the Town Council, and Democratic minority tried to add money in some areas, before voting in favor of the budget.

“I came into this budget thinking I was gonna vote no, because I didn’t think it was far sighted with economic growth,” said Councilwoman Jennifer Aguilar, a Democrat. “I won’t be voting no for this budget, because I agree with Madame Chair. Times have changed.”

“I do think, on the town side of this budget, we have a fair budget,” said Councilman Jason Maur, a Democrat. “I will agree with Jennifer. It’s not a far sighted budget. I think this could be a stronger budget, but I think it’s a good budget and I will support it.”

Though the Town Council cannot act on the $59.5 million Board of Education budget, Maur said he hopes the Board of Finance will restore some funds after combined cuts of $1 million to the rate of increase made by the school board and the first selectman.

After the Board of Finance deliberates and votes on a final town budget proposal, voters will decide on it at a referendum on May 5.

Maur had asked for a legal opinion on whether the town could ask voters to vote either yes or “no, too high” or “no, too low,” so if the budget proposal goes down, town officials will know why, before putting out a second proposal.

Town Attorney Frank Lieto researched the issue, looking at the town charter and Connecticut state statutes and determined it is legal to do that or to include non-binding advisory questions.

“The follow up question is: How should it be done?” he said.

Lieto researched other towns who have tried it before, including Orange.

“That was challenged as ambiguous and confusing to the voters,” he said. “The next time around, they didn’t have the questions, probably because of the hysteria and confusion over those questions … that’s my reading.”

To avoid causing confusion and opening the town up to litigation, Lieto recommended not doing it.

“That did answer my question,” Maur said. “I don’t plan on taking action on it.”

Martin asked if the town would be less open to litigation if an advisory question was added and worded properly.

Lieto replied, “if you did this, I think an advisory question would be the best way to do it, rather than the vote [of no, too high or no, too low].”

Steve Kirsch, a Democrat serving on the Board of Finance, spoke for himself during a public comment portion of the meeting and suggested adding more money to the budget for the coronavirus for cleaning supplies and labor, should the outbreak continue into the next fiscal year.

Maur later made a motion to increase bonding for the road paving program in the capital budget from $1 million to $2 million.

He said, to him, it made sense to budget more aggressively for two years, before reducing the borrowing to $500 by year four. “The current rates are lower than they would presumably be in the future,” Maur said.

“We don’t know what’s going to happen,” Lipeles said. “The mill rate could go up. I would not be in favor of increasing it at all. Other times, I would.”

Scott, who is chairman of the Strategic Planning Committee, said roads would be part of future discussions and adding money now could impact other projects that may be deemed more important.

Formichella said roads could be discussed through the subcommittee and he would be against voting to increase the bonding at Thursday’s budget workshop.

Maur’s motion was defeated 6 to 3, in a vote along party lines.

Maur also made a motion to increase the contingency account in the Board of Finance budget from $1,020,000 to $1,080,000, so if town officials later consider adding an economic development or grant writing position, they will have $60,000 to hire someone.

In the past, when an economic development director position was discussed, she said they did not have a job description, adding town officials could have a discussion after setting the funds aside.

“I give our volunteers all the credit in the world,” she said of Economic Development Commission members. “Mr. Kellogg has done a tremendous job, but I think someone full time could do it better.”

“Contingency is, ‘we lost four trucks in a hurricane and we need four trucks,'” Reid said. “It’s not for a plan to create a position.”

Maur’s motion was defeated 6 to 3 in a vote along party lines.