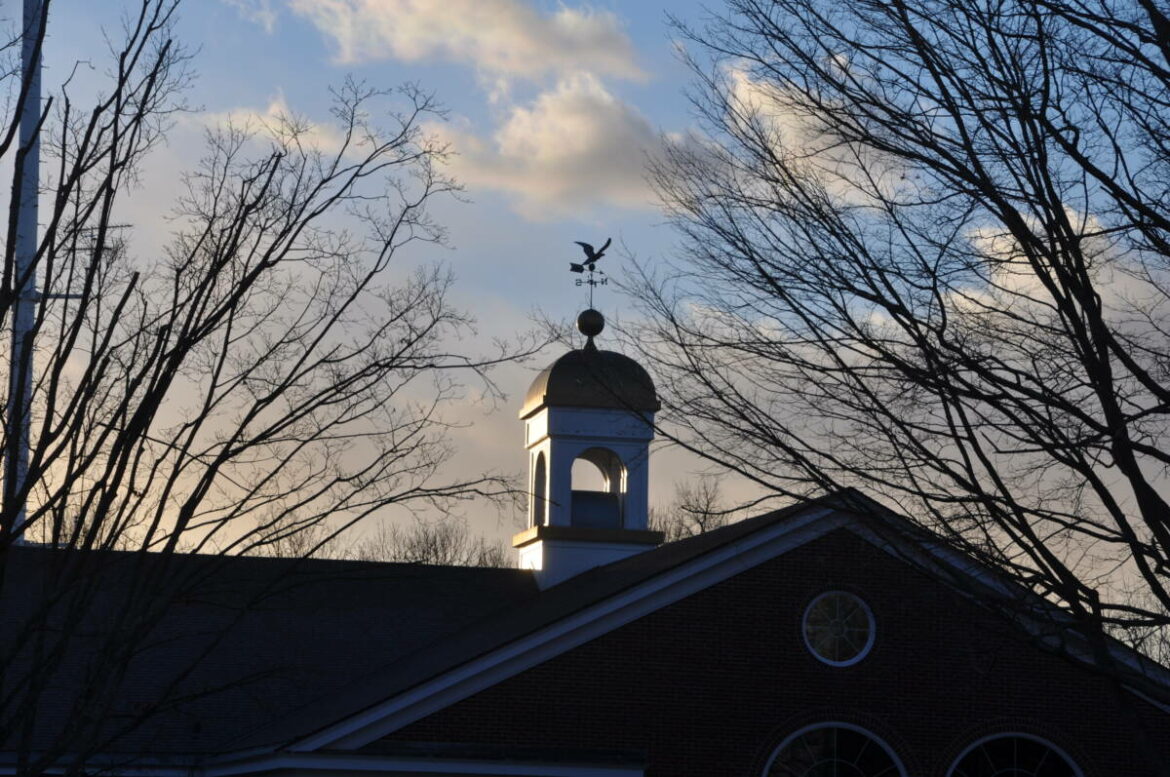 Monroe Town Hall in the evening. Photo by John Babina

MONROE, CT – Town Council members made revisions within First Selectman Ken Kellogg’s municipal budget proposal, while keeping the $31.7 million spending plan intact. It is a 0.57 percent increase over the current budget, when only counting municipal spending and reserve accounts minus the Board of Education budget.

After approving it in a unanimous vote Monday night, the Town Council will send the municipal budget to the Board of Finance, which will also review the $64.4 million Board of Education proposal before sending a final version of the Town Budget to voters at the referendum on May 3.

Before the vote, Councilman Jason Maur, a Democrat, noted how representatives of Emergency Management told them they could do without $1,000 of their budget request, because a battery could be purchased with money left over from the current budget.

But the Republican majority opposed the cut.

“I don’t think it’s appropriate to reduce the Emergency Management budget at this time,” Chairman Jonathan Formichella said. “We’re just recovering from a pandemic, plus the uncertainty of military operations in Europe, I think reducing this sends the wrong message – and a $750 reduction is micromanaging.”

Both Maur and fellow Democrat, Councilwoman Dee Dee Martin contended it is the Town Council’s responsibility to do its due diligence on the budget before sending it to the Board of Finance. Maur also disagreed that it was micromanaging, because he said Emergency Management representatives themselves said they could handle the cut.

Councilman Sean O’Rourke, a Republican, asked Finance Director Ron Bunovsky Jr. the percentage of the entire municipal budget that would be changed by all of the Town Council’s revisions. Bunovsky said there would be no impact on the mill rate, adding it is less than a percent at 0.002.

When Maur and Martin pushed back, stressing the importance of the Town Council’s role in the budget process, O’Rourke said he did not think making no changes would be a dereliction of duty.

Maur’s motion was defeated 6 to 3, along party lines, before the 9-0 vote on the $31.7 million municipal budget.

Martin asked Formichella if he could write a letter to Board of Finance Chairman Michael Manjos, telling him how the Town Council thoroughly reviewed and supports the municipal budget, and asking his board not to make major revisions to it. She also wanted the letter to ask Manjos to look at bonding for roads.

Martin said it has been past practice for the Town Council chairman to write a letter, but Formichella said it is unnecessary.

“We passed a motion earlier this evening to approve the capital projects with those three changes, which includes bonding for the roads, so any letter would only include what was passed and adopted by the council,” he said.

Formichella also said he is confident that Manjos and his board will look at everything when reviewing the budget.

Earlier in the evening the Town Council approved three revisions to the capital plan, using $42,183 from a Board of Finance contingency line, resulting in no net impact on the budget’s bottom line.

Among the changes were adding $9,932 to the water distribution service, $24,660 to EMS contracted services and $7,591 to the police pension line. Kellogg said all of these revisions represent anticipated increases due to rising costs.