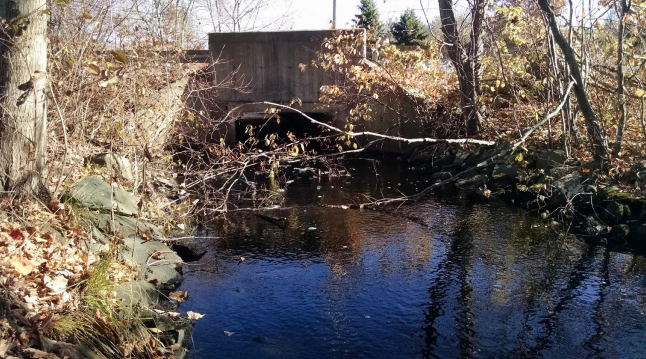 The state project to reconstruct Pepper Street involves the replacement of a box culvert. Contributed

Town Council members unanimously approved Grasso Companies LLC’s $4.7 million bid to be the contractor for the Pepper Street reconstruction project. First Selectman Ken Kellogg says it is a state project, so 90 percent of the cost will be paid for with state and federal funds.

“We are working diligently with the state DOT to move this project forward,” Kellogg told Town Council members at their meeting Tuesday, adding their vote would get the project back on track.

The first selectman said the town has to hire the contractor, then be reimbursed by the Connecticut Department of Transportation. Kellogg said Grasso had the lowest bid, adding the Norwalk company will soon move to Monroe.

Scott H. Schatzlein, the town engineer, said Grasso’s bid was a little higher than the estimate for construction, but well within the 20 percent difference the state allows.

He said construction is expected to begin in June of 2020 and end in December.

Pedestrians, bicycle riders and others use the Housatonic Valley Rail Trail, which is located along Pepper Street and connects to the 3.4 mile Pequonnock Valley Greenway.

The Pepper Street project also includes drainage improvements and Schatzlein said a box culvert for the Pequonnock River will be replaced.