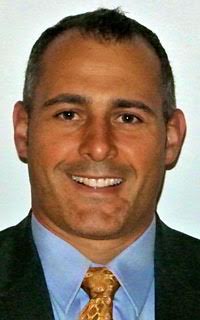 Frank Lieto, who resigned from the Town Council to accept the role of town attorney after the tragic loss of Jeremy Hayden who died suddenly at his home in October, spoke of how nonpartisan the council was under his leadership as chairman at Monday’s meeting. That was before the vote on his contract split along party lines.

The council authorized First Selectman Ken Kellogg to execute the contract for Lieto by a vote of 5 to 3.

Council Democrats spoke glowingly of Lieto’s qualifications to serve as town attorney, but questioned the legal opinion saying there were no conflicts with a section of the town charter that does not allow a Town Council member to accept a town “office of profit,” before a year has passed since the council resignation.

“This has nothing to do with Frank’s qualifications,” Jason Maur, the Democrat who raised the issue, said after the vote. “It’s solely my view that it would violate the charter.” Looking at Lieto, Maur added, “outside of that charter provision, we agree this is the perfect position for you.”

Maur expressed his opinion that the Town Council cannot waive the charter provision, which he said can only be waived by a court of law.

“A concern was raised because the language contained in Section 1 of Chapter II of the Monroe Town Charter (the ‘Charter’) provides in relevant part that ‘[n]o member of the Council shall . . . be appointed to any office of profit under the government of said Town during the term of office and for one year thereafter.’ (Emphasis added). The term ‘office of profit’ is not defined within the Charter,” Marino wrote.

“Having completed my review, I am of the opinion that once Attorney Lieto resigns his position on the Town Council, he may be appointed and serve as Town Attorney,” Marino concluded in his legal opinion on Dec. 2.

Nevertheless, Lieto, volunteered to work free of charge for the first year. Then the contract will allow him to be paid $150 per hour after Dec. 10, 2020.

Council Republicans expressed confidence in Marino’s legal opinion and all voted to support Kellogg in executing the contract for Lieto to serve as town attorney.

Jonathan Formichella, a Republican, said Marino has a wealth of experience with town government, having served as town attorney for several towns. He also spoke highly of the law firm’s reputation.

“I give great weight to the person who wrote this letter,” Formichella said. “This is a person of great legal skill.”

Enid Lipeles, who was unanimously voted in as the new council chair, and fellow Republicans Vice Chairman Sean O’Rourke, Terry Rooney, Kevin Reid and Formichella all voted in favor of allowing Kellogg to execute Lieto’s contract.

Martin mentioned the “graciousness” of Lieto for agreeing not to be paid in the first year, but asked Kellogg for assurances that payments for legal work would not be deferred to the following year.

“It doesn’t read that way,” Kellogg said of the contract. He said there is no plan to do anything like that, adding, “neither would I entertain it.”

“That’s the assurance I want,” Martin said before asking Lieto the same question.

“It would be unethical for me as an attorney to bill for services not in the agreement,” Lieto replied. “I would never think to do so.”