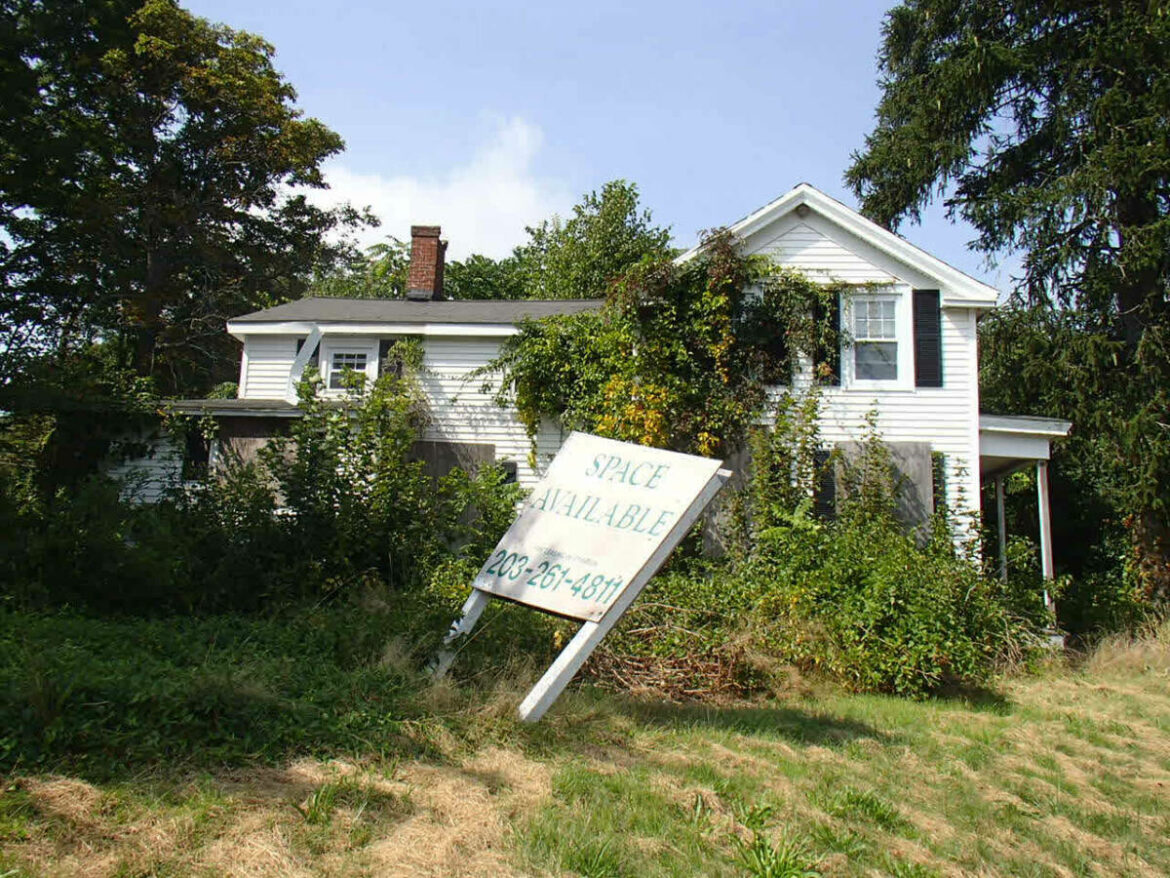 This is the field card photo for 255 Monroe Turnpike.

MONROE, CT — Town Council members unanimously voted to abandon a portion of Spring Hill Road by Route 111 Monday night, clearing the way to commercial development of a parcel at 255 Monroe Turnpike, which currently has a boarded up white house on it.

Lorraine Tartaglia, of Tartaglia Commercial Properties, made the request on behalf of Two Fifty Five Monroe Turnpike LLC,  to make way for a restaurant, though plans for use of the property are not finalized.

William Holsworth, the town’s community and economic development director, said the parcel’s triangular shape makes it difficult to develop, but discontinuing the roadway will allow more room for things such as a larger building, parking lot or drive thru.

The portion of the street that has been discontinued borders 365, 373 and 375 Spring Hill Road and 255 Monroe Turnpike.

Prior to the Town Council’s 9-0 decision, the Planning and Zoning Commission had approved a municipal referral.

During the Town Council’s Legislative and Administrative Committee meeting Monday, First Selectman Ken Kellogg told members the town took all of the statutory procedures needed to move forward, and posted signs on the roadway.

Notifications went out to all of the affected property owners, according to Kellogg. “There was no correspondence, phone calls or anything from the neighboring property owners,” he said.

DallaCosta said he and his partner, whose late parents previously owned the property, were not necessarily against the discontinuance of the roadway, though they had some concerns.

DallaCosta said they would lose some of their property without compensation and after their portion of the street is abandoned by the town, it would become a private road the town will no longer plow snow from, the latter point raised by Town Councilwoman Dee Dee Martin.

Attorney Vincent Marino, who represents the town, said each adjoining property owner who abuts a discontinued road becomes part owner to the midpoint of the road, so they actually gain property, not lose it.

Any negotiations over how to handle access, snow plowing or other issues are between the property owners.

“I would just like to offer to the gentleman who spoke, please feel free to contact the town planner or me to facilitate any conversations,” Ken Kellogg said after the vote.

DallaCosta said he appreciated that.

DallaCosta later told The Sun that he, his wife and Tartaglia have had conversations and showed a redrawing of his driveway on the map. He said Tartaglia has been very nice to deal with and offered to have the snow plowed, as the private negotiations continue.

“The town does not have a seat at the table between the private parties’ negotiations,” Holsworth said Tuesday morning. “But we absolutely want to facilitate the conversations between the parties to assist in making sure everybody is happy.”