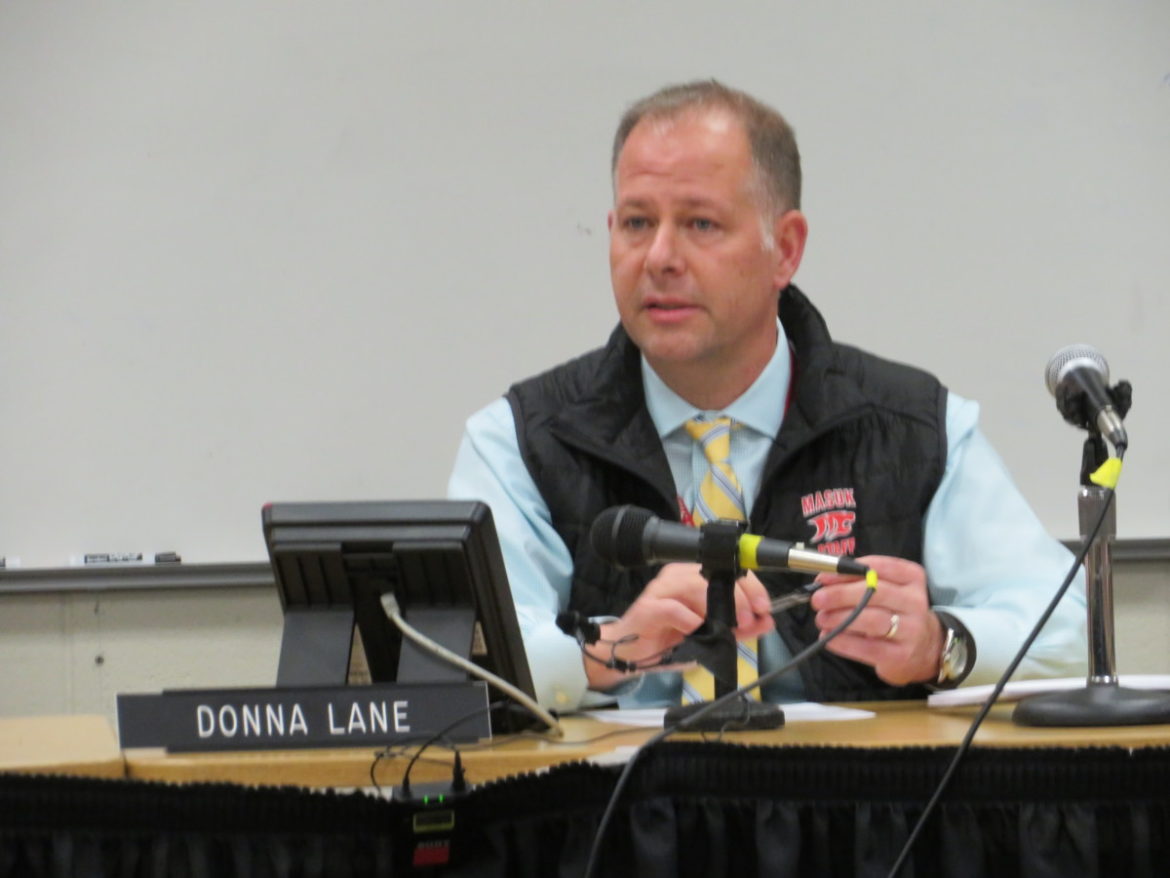 Joseph Kobza at an emergency Board of Education meeting last year.

MONROE, Conn. — As the novel coronavirus spreads in Connecticut, Acting Superintendent of Schools Joseph Kobza says Monroe will join several other districts in closing its schools to slow the outbreak.

Kobza had sent a message to parents in PowerSchool during the day, notifying them that schools will be closed Friday, before announcing at an emergency Board of Education meeting Thursday night that the closings will continue through next week.

“I know there’s a lot of heightened anxiety and tension with this,” Kobza said, “and the best thing we can do is to work together, take the information on a daily basis and try to make rational decisions moving forward.”

“Our concern is the health and safety of our students and staff,” he said. “That’s a priority.”

On Wednesday, he said administrators, in consultation with the town’s Emergency Management Team, will evaluate the situation to determine whether or not to reopen school for the following week of March 23.

Teachers will report to work this Friday to come up with academic work students can do from home, similar to assignments done to avoid the “summer slide.”

Though there has yet to be a positive test in Monroe, as of Thursday evening, Kobza said there were five presumptive positives in the state so far.

Kobza said a presumptive case is when someone tests positive for the virus. Then those results must go to the Centers for Disease Control and Prevention (CDC) for confirmation. None of the Connecticut results came back yet, he added.

When Connecticut had its first case, Kobza said medical experts tried to find patient zero, but that quickly changed and now it has become a community spread, according to Kobza.

The town has a page on its website with information and updates on the coronavirus, as well as links to official information from the Connecticut Department of Public Health and the CDC.

Kobza has been meeting regularly with Kellogg and the town’s Emergency Management Team, which includes Brault, and follows guidelines set by the Connecticut Department of Public Health, the CDC and Gov. Ned Lamont’s office.

Lamont declared civil preparedness and public health emergencies in the state due to the coronavirus, which causes the COVID- 19 disease.

Kellogg said the civil preparedness declaration gives the governor the power to close all of the schools in the state if he deems it necessary. But for now, Kobza said the decisions to close and reopen schools are made locally.

What is being done?

“We’ve done some additional cleaning at our schools,” Kobza said. “Our schools are very clean places. But this idea of deep cleaning makes it sound like people in hazmat suits are in the hallways.”

Nevertheless, he said disinfectants are being used on things that are commonly touched, including doorknobs, desks and table tops.

“We postponed or canceled all of our field trips,” Kobza said. “Then we’ll go week-by-week and keep revisiting that.”

He said the school district has been working with its venders and praised businesses for their understanding. For example, a track banquet planned at Roberto’s Restaurant was canceled and the restaurant did not make them pay the deposit.

In another example, The Stone Barn expressed a willingness to work on rescheduling the Masuk Prom Fashion Show.

“We canceled and postponed large gatherings that were nonessential to education,” Kobza said, adding the Ring Dance was among the cancelations.

In other actions, a limit was placed on outside visitors to the schools and any students and teachers who had been studying abroad could come to school if they were symptom-free, unless it was from a place hard hit by the virus.

“We had students who visited Italy do a 14-day quarantine,” Kobza said of a preventative measure. 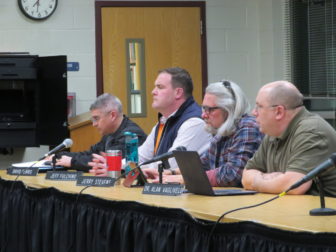 Whenever a significant number of school days are missed, the Connecticut State Department of Education’s requirement of a 180-day school year can be a concern.

But Kobza said the governor waived the requirement, so long as school districts exhaust all of their options first.

If Monroe misses enough school days, Kobza said the town would first use days from Spring Break, then have school go on until June 30. In a last case scenario, school would also be held on Memorial Day.

Kobza said some school districts are doing distance learning, holding classes via the Internet. Though those could count as school days, he said, “that is fraught with peril.”

The state of Connecticut affords all children equal access to a free education. If Monroe were to do distance learning, Kobza said he would have to be able to guarantee that every student has a computer at home. If some did not, he said the district could lend a laptop or a Chromebook.

Then, Kobza would have to guarantee that every student had wifi at home.

Special education is more tricky, because some requirements in students’ individualized plans could not be met.

Kobza said he would be reluctant to sign the form attesting that every child in Monroe was afforded equal access to an education, because it could open the town up to liability if parents contested that.

If things such as annual and tri-annual evaluations for special education students are missed, Darleen Fensore, interim director of Student Support Services, said the district will have to make it up as soon as possible once schools are reopened.

‘We can get through this’ 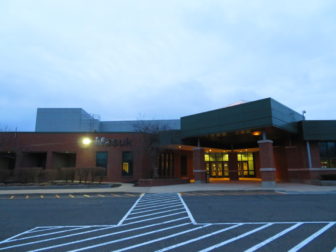 An emergency Board of Education meeting was held at Masuk High School to discuss COVID-19 Thursday.

Kobza said there are a host of other issues from a prolonged closing of schools, such as scheduling of standardized tests like the SBAC and the SATs being affected.

Nick Kapoor, a board member, asked about the prospect of losing two to three weeks of school and Kobza said “that’s huge.”

David Ferris, a board member, said, “I thought we got the facts from Joe today. We need to make educated decisions.”

Ferris said he had only wanted to make sure Monroe wasn’t following other school districts without facts behind their decision. “We’re a leading district and I want to stay this way,” Ferris said, satisfied with Kobza’s reasoning for the school closings.

“We promised this man our support in executive session,” he added. “We need to give him our full support. We can’t leave him holding the bag.”

Fellow board member Shannon Monaco, who participated in the meeting via conference call, praised Kobza and his staff for their handling of the situation, which changes, sometimes by the hour.

Before the meeting ended, the first selectman made one last remark.

“The things we are doing are meant to slow the spread of this disease to protect all of our community,” Kellogg said, adding how the vast majority of those infected recover. “It’s a difficult time, but we can get through this.”