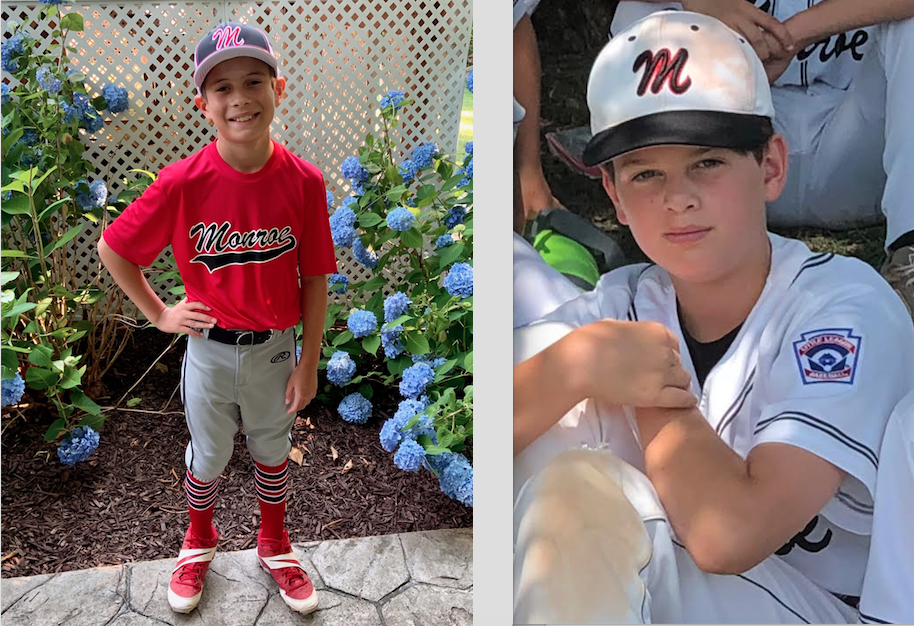 MONROE, CT — Monroe Little League released the names of its Players of Week for their outstanding performances on the field and at the plate.

In the Majors, Steven Curtin of the State Farm Boyle Agency enjoyed a dominating performance on opening day, combining with Michael Daley for a no-hitter in an 8-0 win over Manny’s Barbers/Vazzy’s Osteria. Curtin pitched three innings, striking out eight of the 10 batters he faced.

He also dominated with his bat, going four-for-five on the week with a double and three hard hit singles, including one off of the fence on Saturday. Curtin also scored three runs and stole a base.

When not pitching, he played spectacular defense at shortstop, recording six put outs in two games. 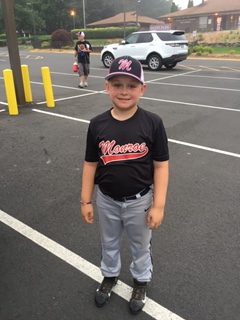 In AA, Mike Naughton, of Gaetano’s Deli/Valley Roofing and Siding, pitched three innings, while leading his team in a well-played game that featured only one hit by either team.

In AAA, Jack Richer of Wells Fargo Advisors went 5 for 7 at the plate, while providing excellent defense at first base, shortstop and catcher. He led Wells Fargo to a 12-5 win in their first game of the season over Colony Grill and helped spark a comeback that fell just short in a 7-6 loss to Berchem Moses. 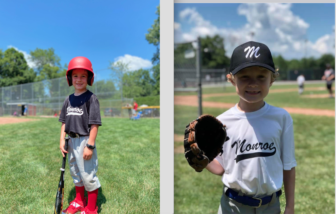 Colin Driscoll, left, and Noah Russell were among the Monroe Little Leaguers taking the field on its opening week. Contributed