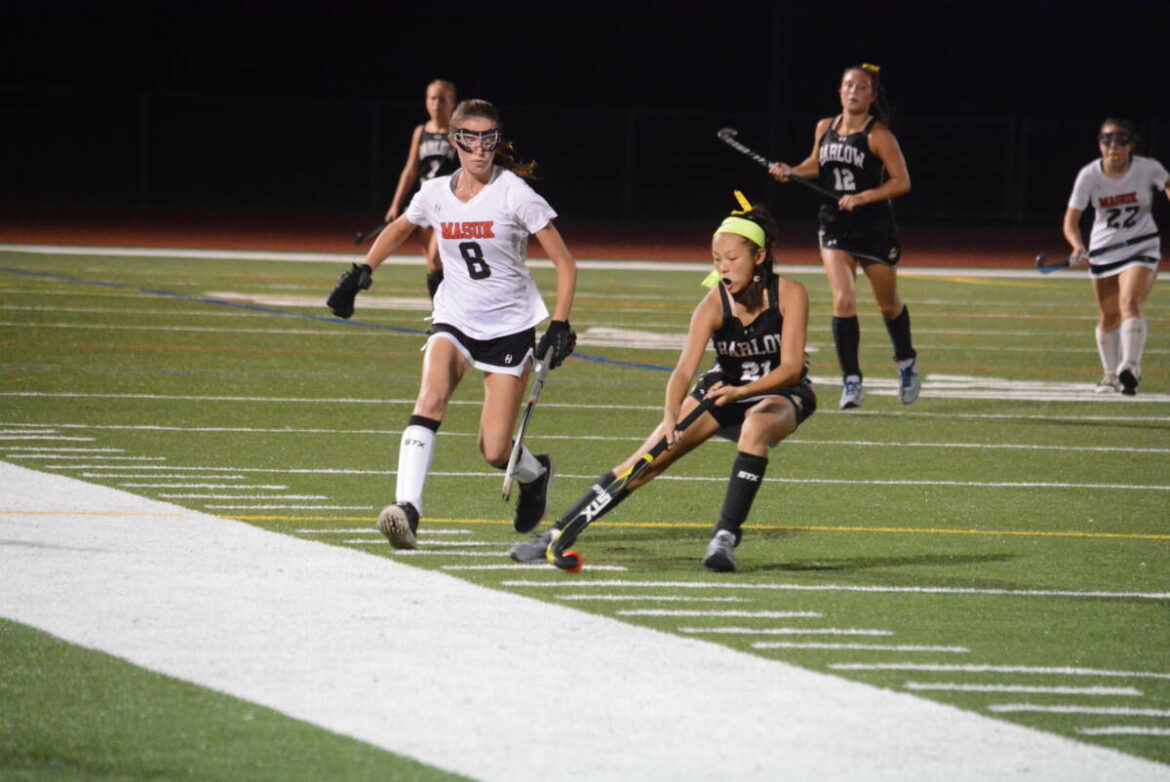 Masuk field hockey player Ella Bunovsky goes for the ball in a game earlier this fall.

SOUTHBURY, CT — For the third consecutive game, Masuk High’s field hockey team went to overtime. After a tie and OT loss, the third extra session was the charm as the Panthers pulled off a 3-2 win over host Pomperaug on Sept. 25.

“It was a complete team effort,” Masuk Coach Kathleen Foley said. “They worked tirelessly, even playing a player down at one point. All our communication and conditioning paid off scoring the tying goal with six seconds left in the game and winning [in overtime].” 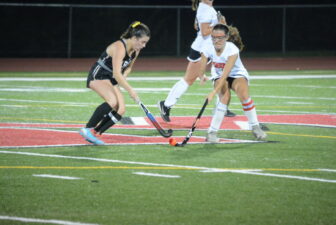 During the 7 on 7, open field OT, Pomperaug had a shot on goal saved by goalie Valerie Vilca (12 saves in the game). Pomperaug was also denied on a penalty corner that set up Masuk’s decisive goal. The corner was stopped by captain Lauren Henry, who the passed to Ella Bunovsky, who carried it down field before passing it off to captain Molly Halliday to score the game winner.

Bunovsky, set up by Sam Henry, got the game to extra time with the late goal. Bunovsky also assisted Halliday on Masuk’s first cage-finder.

Masuk blanked visiting Weston 3-0 on Sept. 27 and the Panthers fell 4-1 at Brookfield on Sept. 2

The Weston game was scoreless for a full half, but Masuk got two goals from Amelia Logan and one from Henry after the intermission. Halliday and Bunovsky had assists. 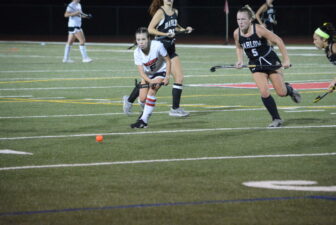 Masuk field hockey player Molly Halliday goes after the ball against Barlow in a game earlier this fall.

Thanks to the Panthers’ defense’s strong hold and midfield support from Izzy Viglione and Ellie DeGeorge, Masuk’s goalie Valerie Vilca only needed to make four saves to shut out Weston for the second time this fall. Masuk blanked Weston 7-0 in the season opener.