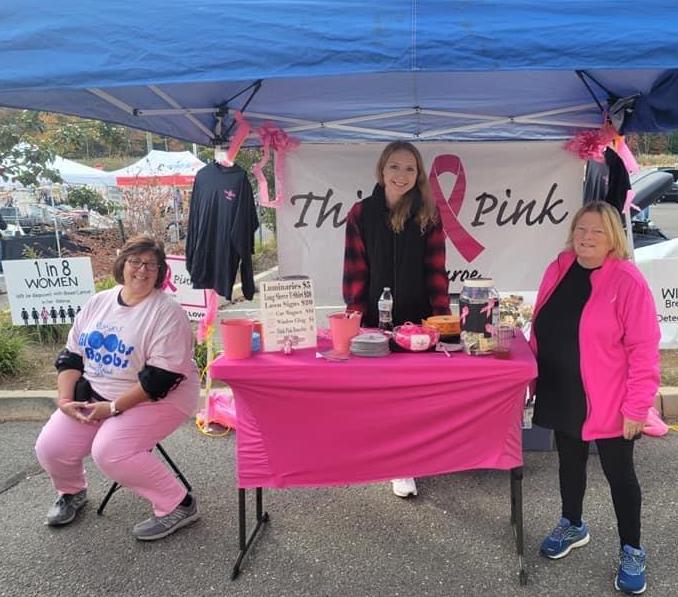 MONROE, CT — Think Pink Monroe, which focused solely on awareness last year, at the height of the COVID-19 pandemic, came back in full force this year, raising $14,000 for town families battling breast cancer.

Aside from reminding women to get routine mammograms, and pointing out that men can also get the disease, Think Pink Monroe raises funds while working with St. Vincent’s Swim Across the Sound. 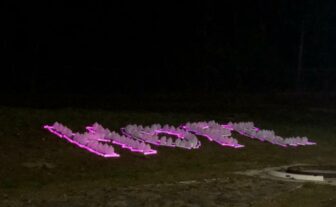 Over the past three years, Maur said over 36 town families received roughly $70,000 worth of assistance, helping with everything from rent, mortgage payments, taxes and car payments to rides for treatments.

Think Pink Monroe’s committee organizes the Think Pink Palooza on the green in front of Monroe Town Hall to start off each year’s campaign.

Think Pink Monroe volunteers raise awareness through social media and with a table at the Monroe Farmers’ Market, and sell T-shirts to raise money for the cause. There is also a Think Pink Luminaria of Hope display. This year it was held at halftime of a Masuk football game.

Maur wants to thank everyone who supported Think Pink Monroe, from those who approached its volunteers at the Farmers’ Market, to the companies and private individuals who made financial donations.

“Nina Capozziello, a Masuk senior, came to every event and helped us sell things at the high school,” Maur said. “She was outstanding in her commitment to Think Pink Monroe this year.”

Maur thanked First Selectman Ken Kellogg, the Town Council and the Board of Education for their support of the cause. She said police officers also came to Think Pink Monroe events and put its magnets on their vehicles.

“I also want to thank the Monroe Farmers’ Market for allowing us to come and bring awareness,” Maur said.