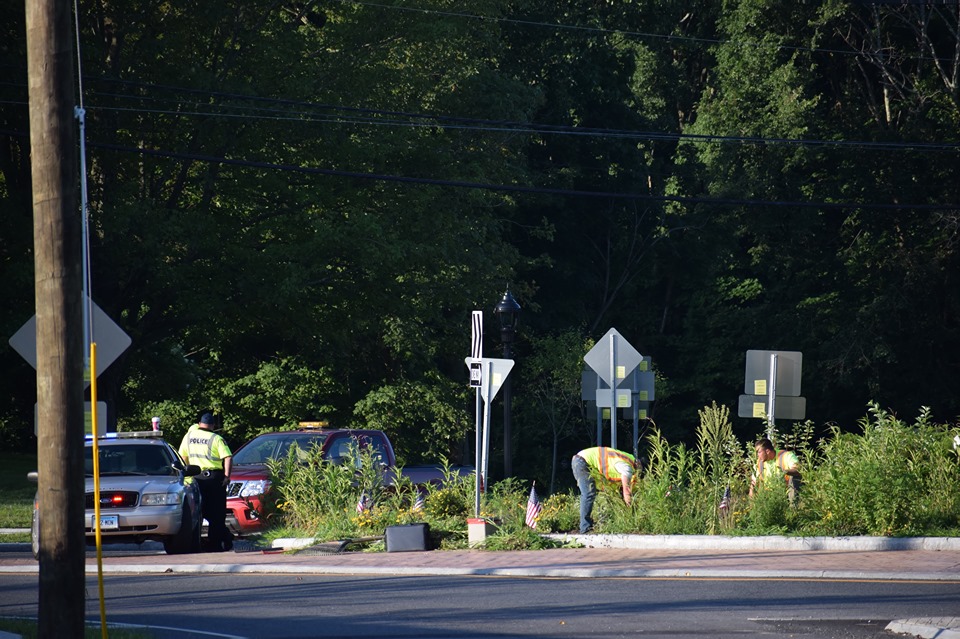 Karen Coffey, of Monroe, shared this photo of a work crew weeding the roundabout at routes 110 and 111 Saturday morning.

Weeds are being pulled Saturday to clean up the appearance of the traffic circle at the intersection of routes 110 and 111 following complaints from residents about its appearance.

On Wednesday, the Connecticut Department of Transportation’s Commissioner’s Office apologized for the landscaping and told First Selectman Ken Kellogg the work would be done soon.