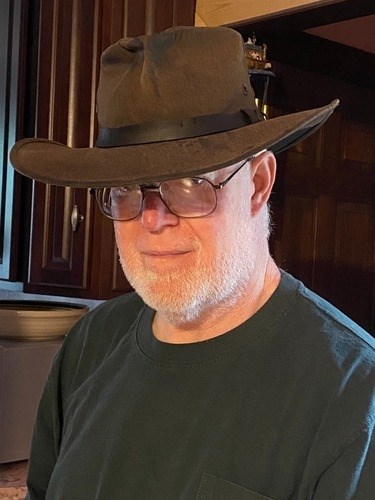 The Rev. Carl N. Smith was called home to be with his Savior on March 3, 2022, at age 66. He is survived by his wife, Thea R. Smith, and was predeceased by his first wife Barbara-Joan Smith.

A life-long resident of Monroe, Carl was born to Normand E. and H. Margaret Smith in 1955. He was a graduate of Masuk High School and Sacred Heart University. In 1992, he received his Master of Arts in Religion from Liberty University in Lynchburg, Va. He served on Monroe’s Town Council from November 1981 to November 1985. In 1983 he received the Outstanding Young Men of America Award.

Carl was ordained by the Conservative Congregational Christian Conference (CCCC) in January 1997 and was received by the Presbytery of Connecticut and Southern New York of the Orthodox Presbyterian Church in June 2006.

A lover of music, especially country music, Carl could often be found playing his guitar or singing by the campfire or along with CDs in the car. Johnny Cash and Roy Orbison were favorite performers. He was a wealth of information on many subjects, from history to sports to animals — especially the breeds of his well-loved dogs. He had a sense of humor and was gifted at puns.

Carl was a loving husband, faithful friend, devoted preacher, but most of all he was a determined overcomer. His albinism and legal blindness from birth presented him with many challenges and made him the target of bullies. But he accepted with grace and without bitterness what God allowed in his life — including his latest struggle with Lewy Body Dementia. He was loved and he will be missed.