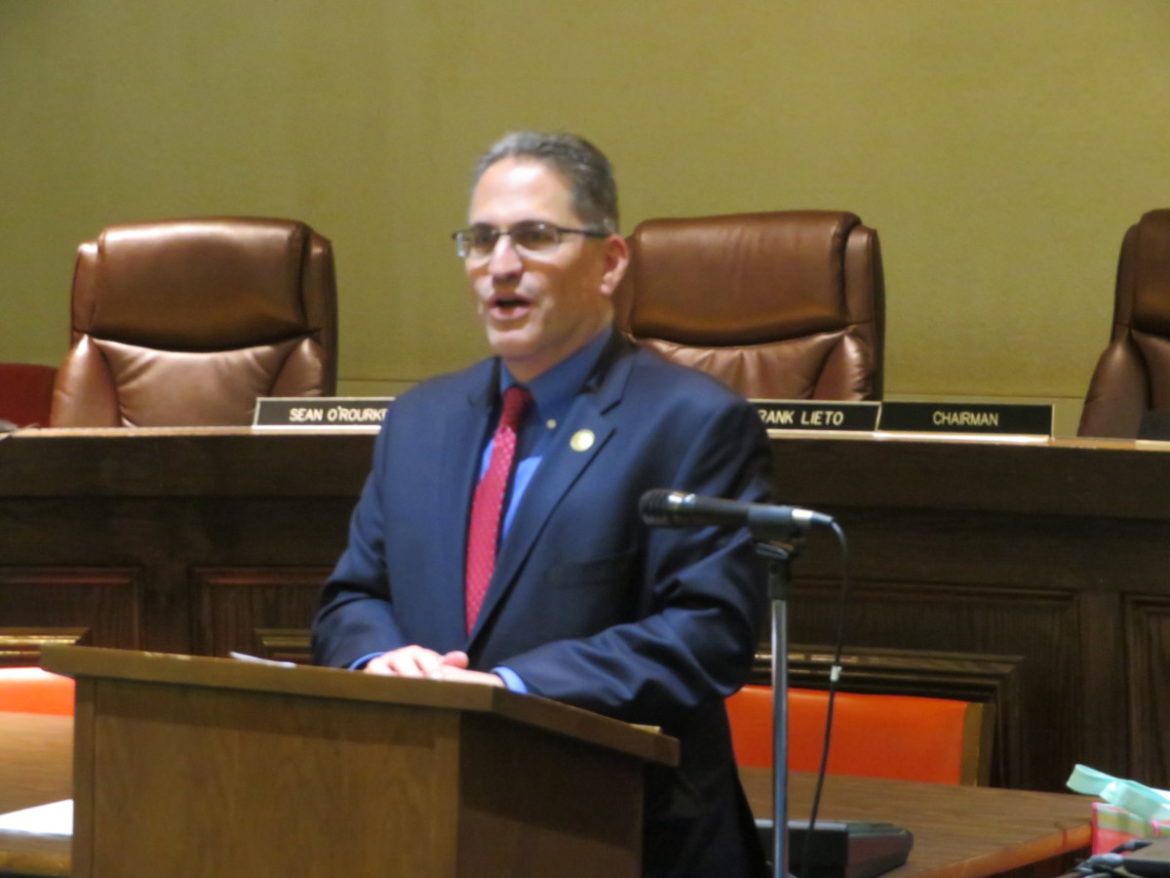 Probate Judge T.R. Rowe swore in all of Monroe’s newly elected leaders during an inauguration ceremony in the packed Council Chambers of Town Hall Monday night, from First Selectman Ken Kellogg, the Republican incumbent who was not challenged, to the other town officials and members of Monroe’s boards and commissions.

“Congratulations to all our newly elected and re-elected town officials,” Kellogg said after taking his oath of office. “Most of you serve without monetary compensation of any kind. You donate your time, skills and expertise to all the people of Monroe. On behalf of Monroe, I thank you.”

“We must all give our paramount gratitude to the voters of Monroe,” he continued. “Yes, of course I know that I, and several others, ran unopposed this year. However, the voters still came out and made their voices heard. And the great people of Monroe have placed their trust in each of us. We must honor and respect that trust and take our oaths of office to heart.”

The inauguration began with a flag ceremony performed by Boy Scout Troop 63 and Cub Scout Pack 162, whose members led everyone in reciting the Pledge of Allegiance. Then Julia Tristine, a Masuk High School student, sang “The Star Spangled Banner.”

David York served as the master of ceremonies and gave the Invocation and Benediction.

State Rep. J.P. Sredzinski, R-Monroe, attended the inauguration and continued his tradition of handing out lapel pins with the town of Monroe’s seal to candidates winning their first terms of office. 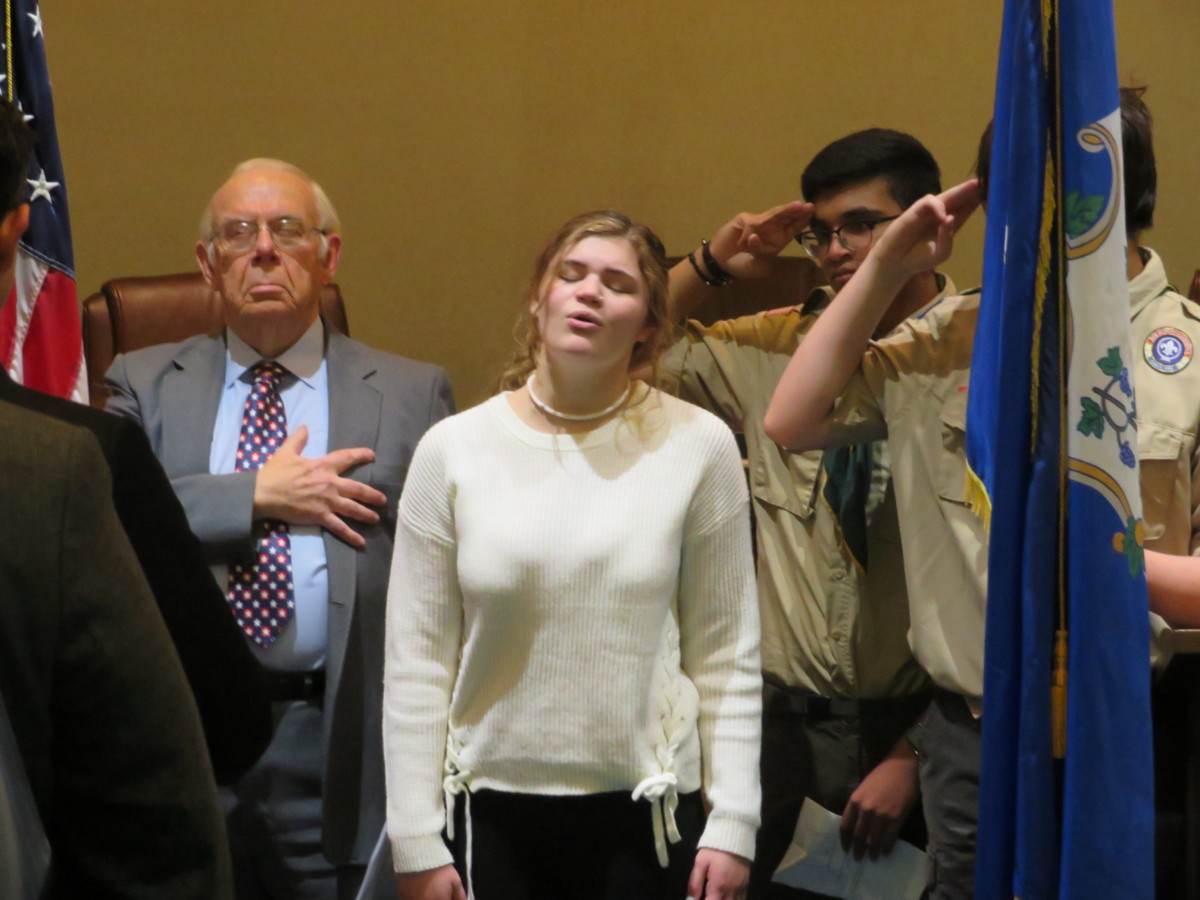 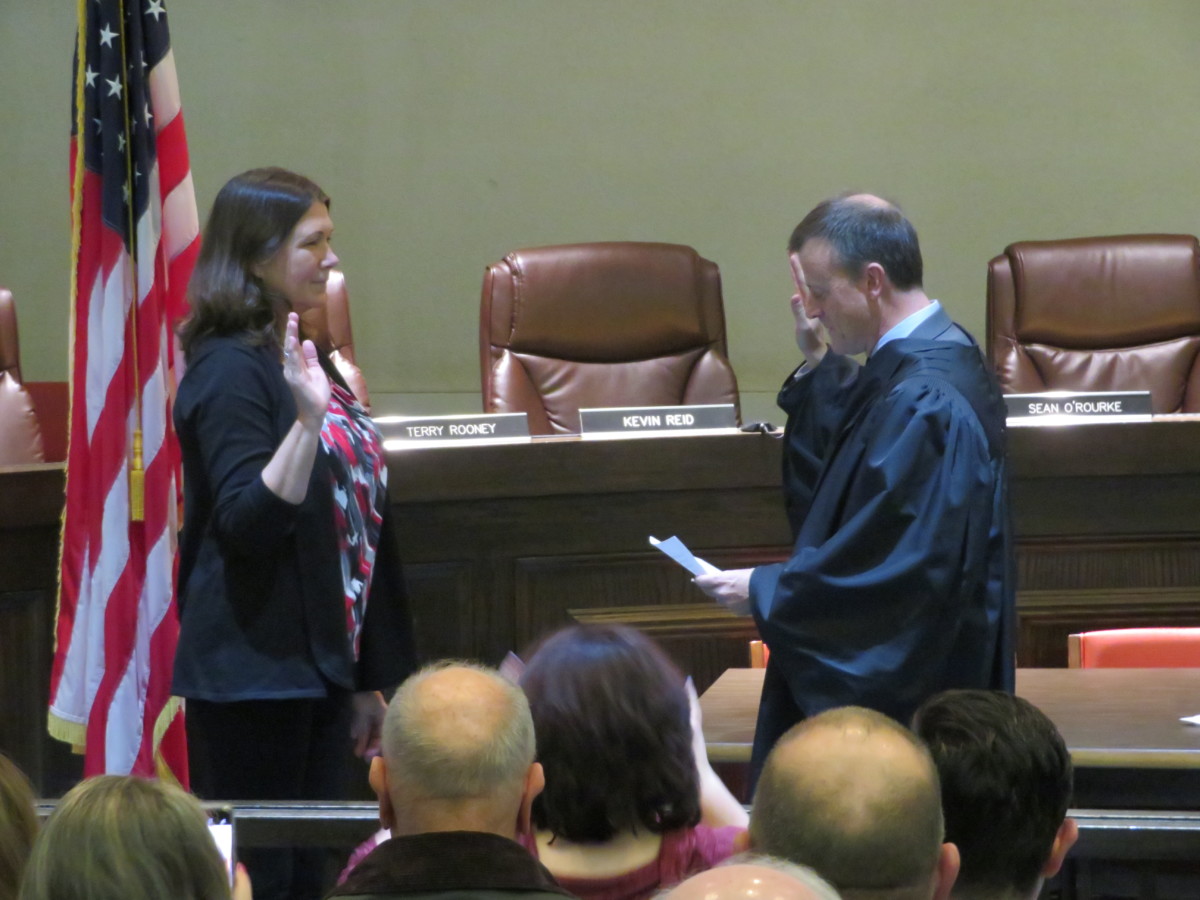 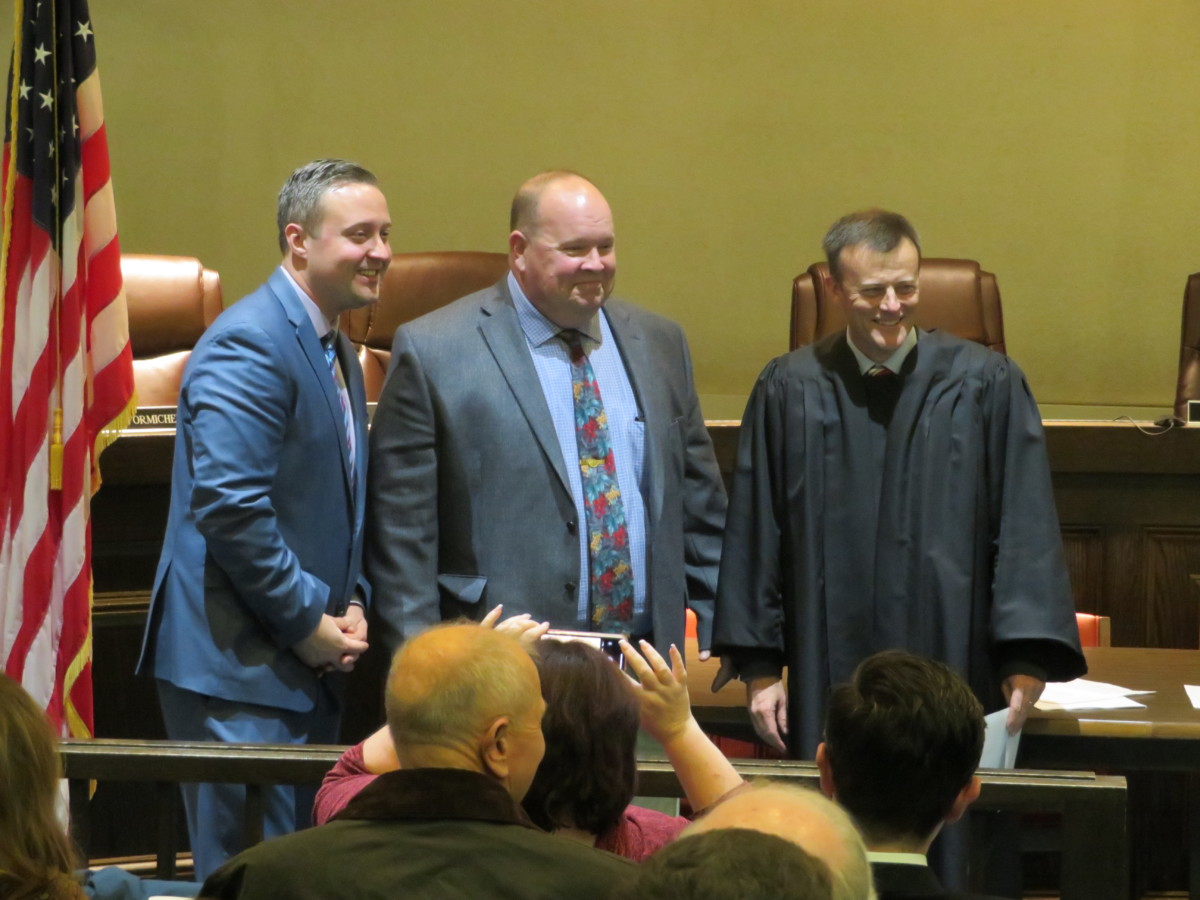 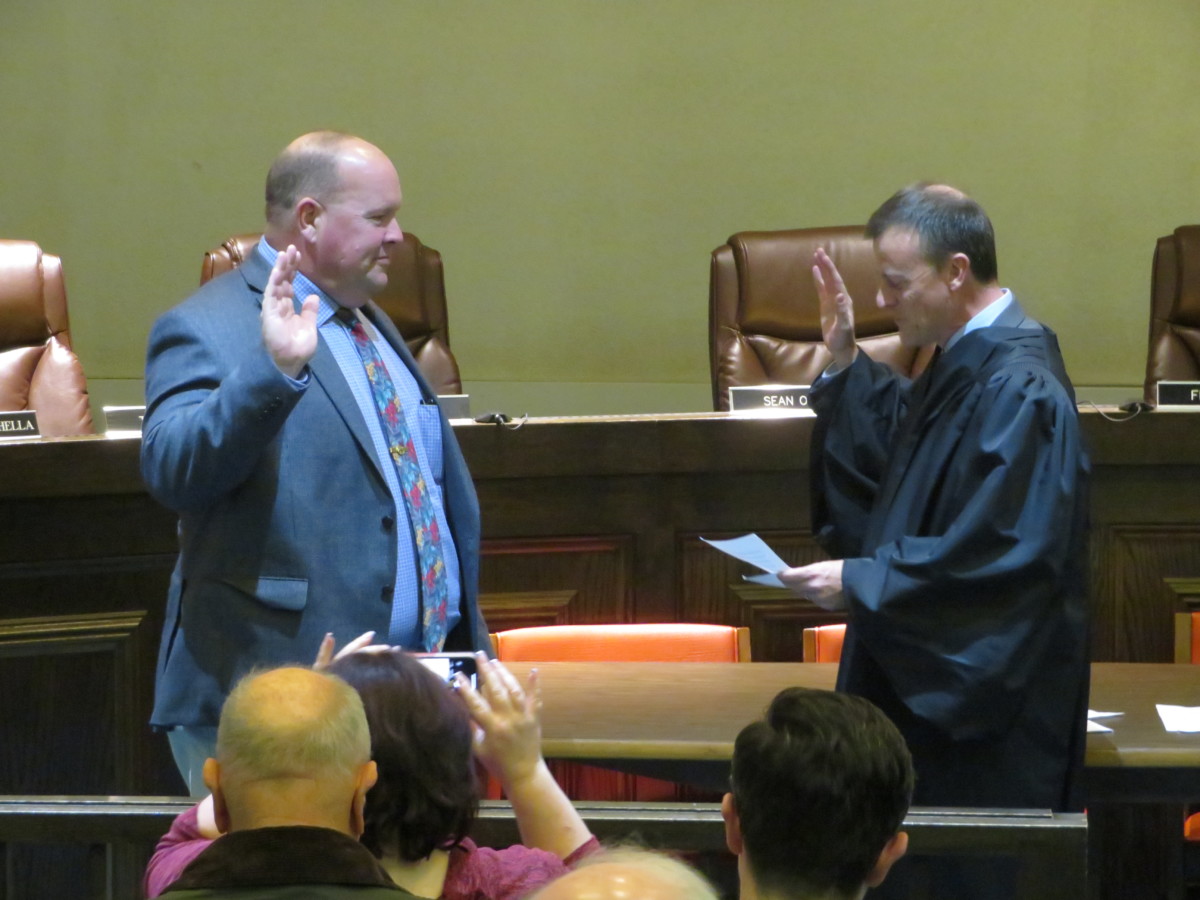 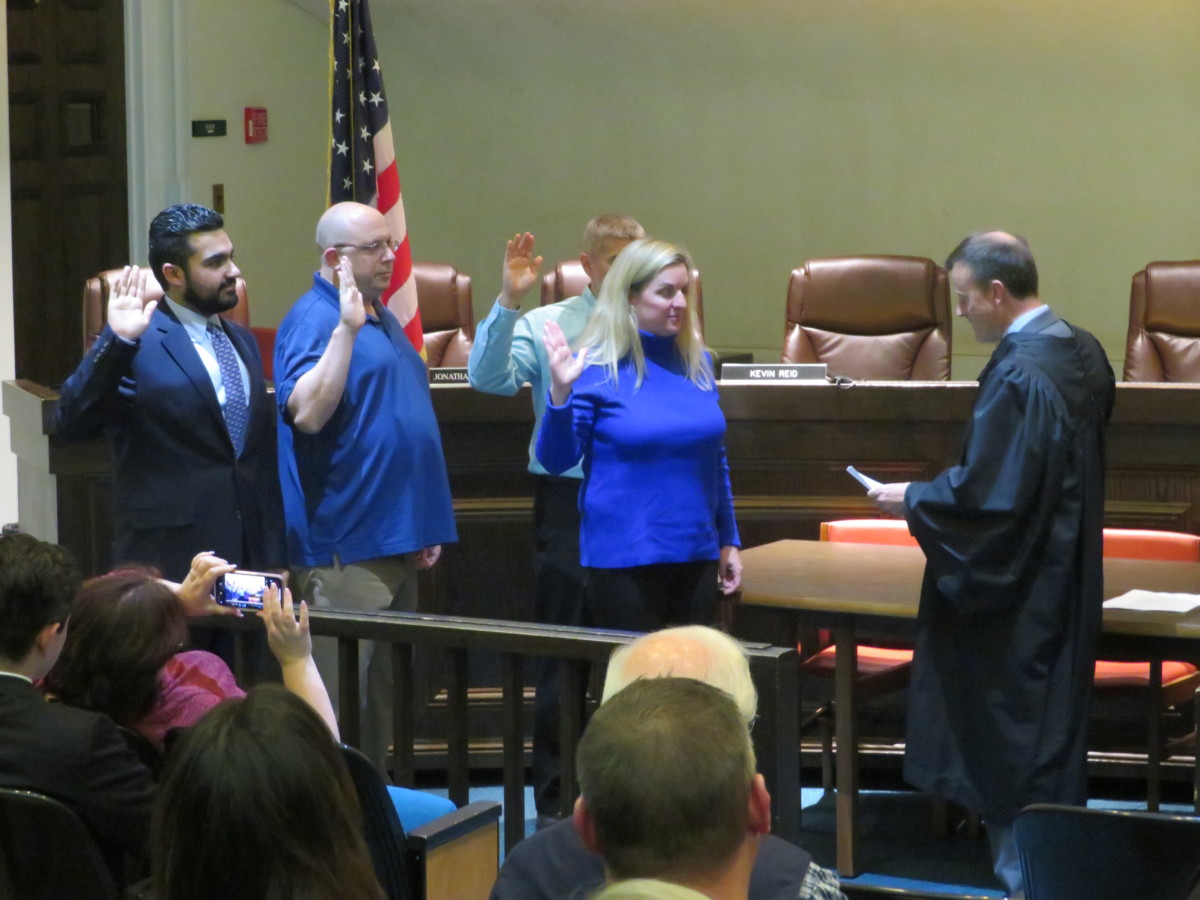 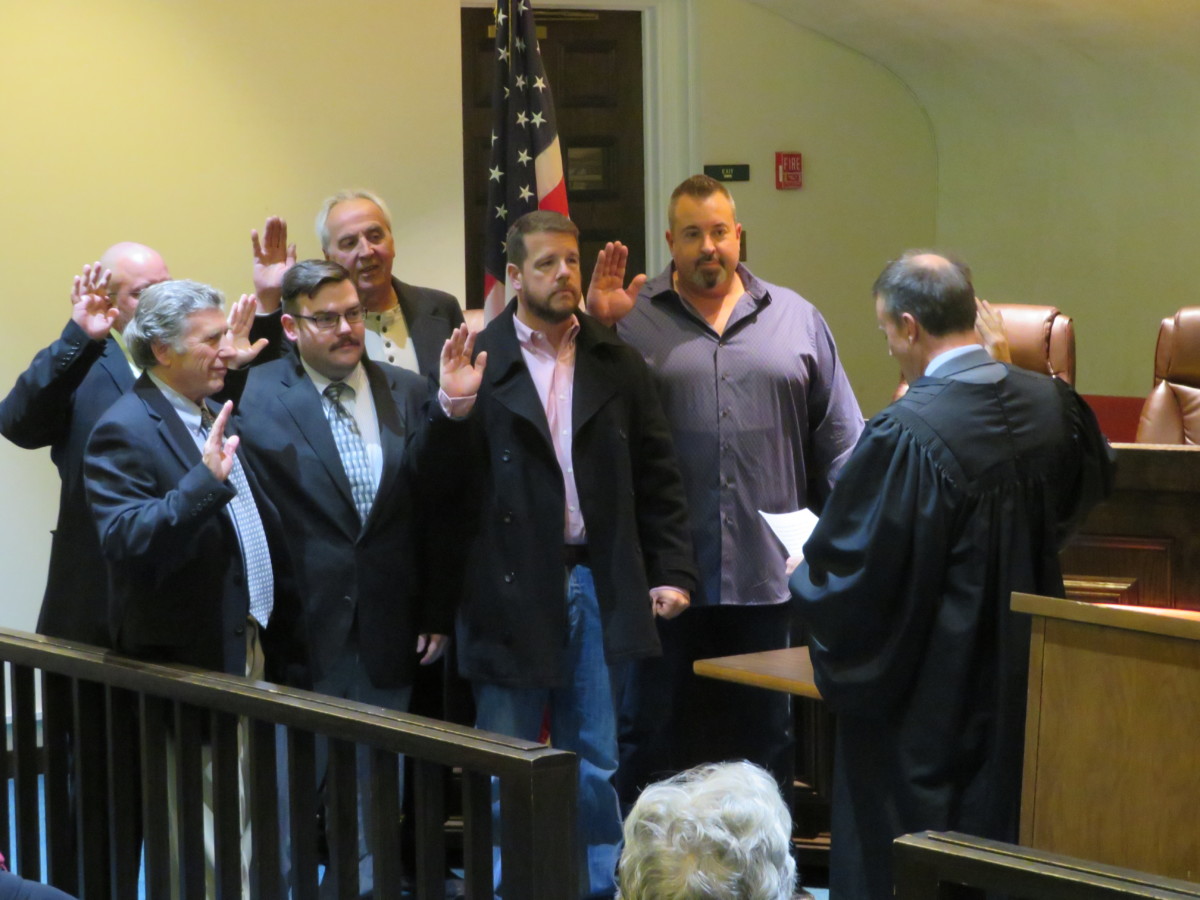 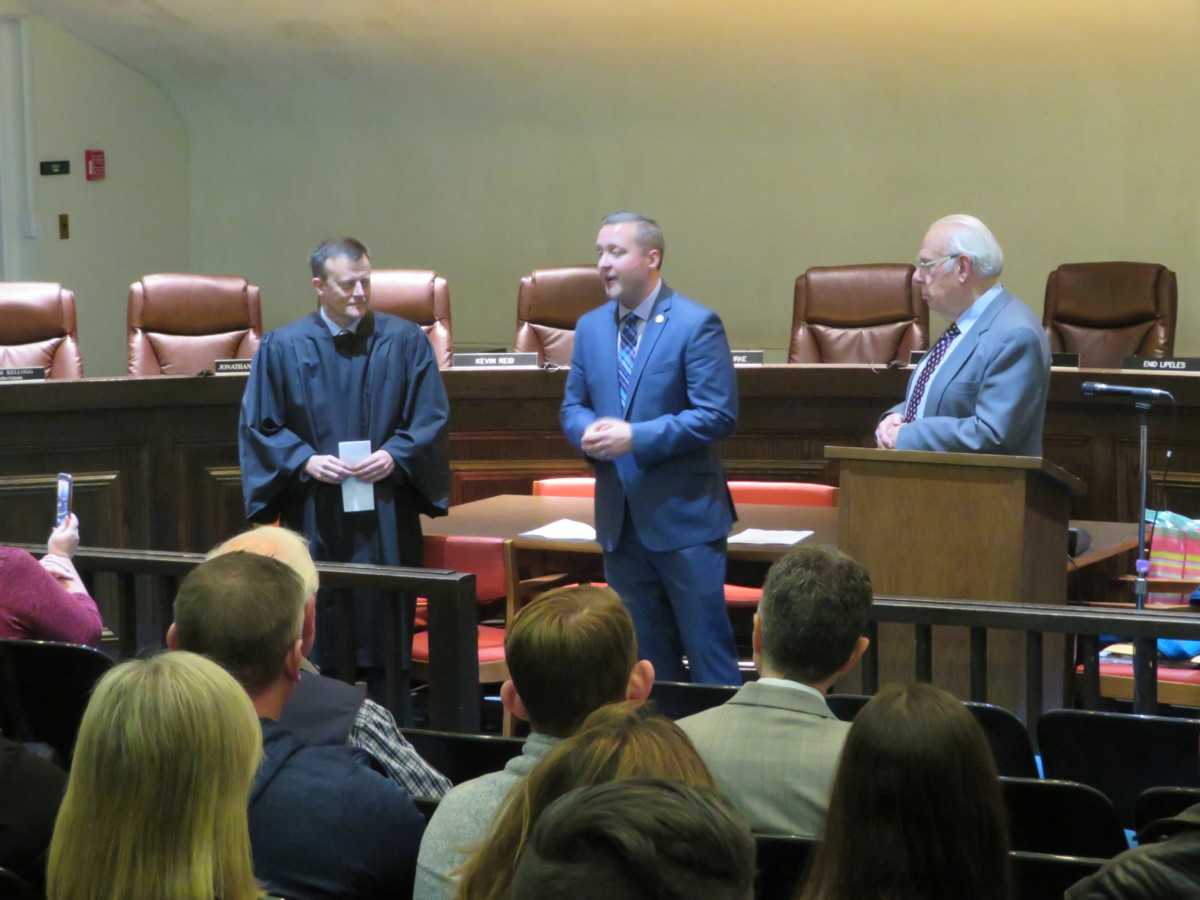 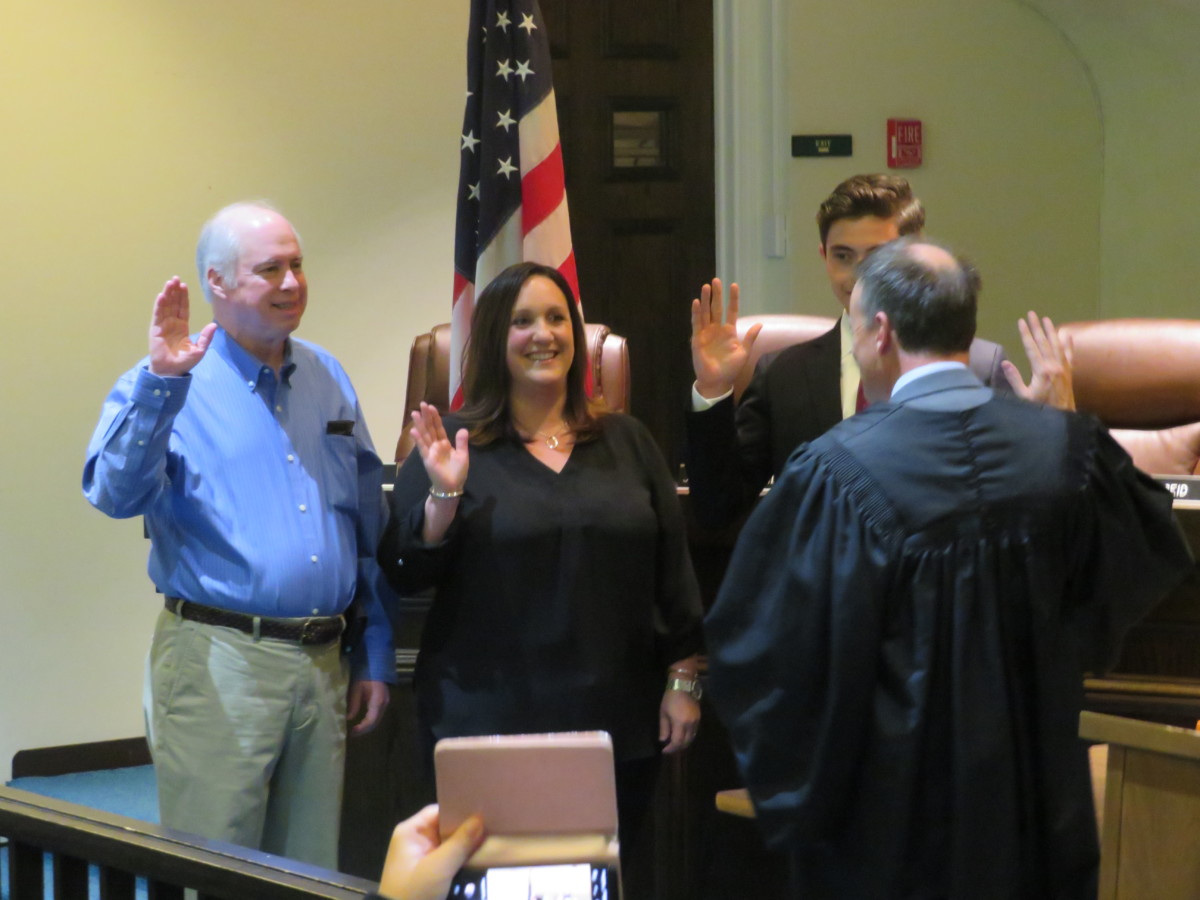 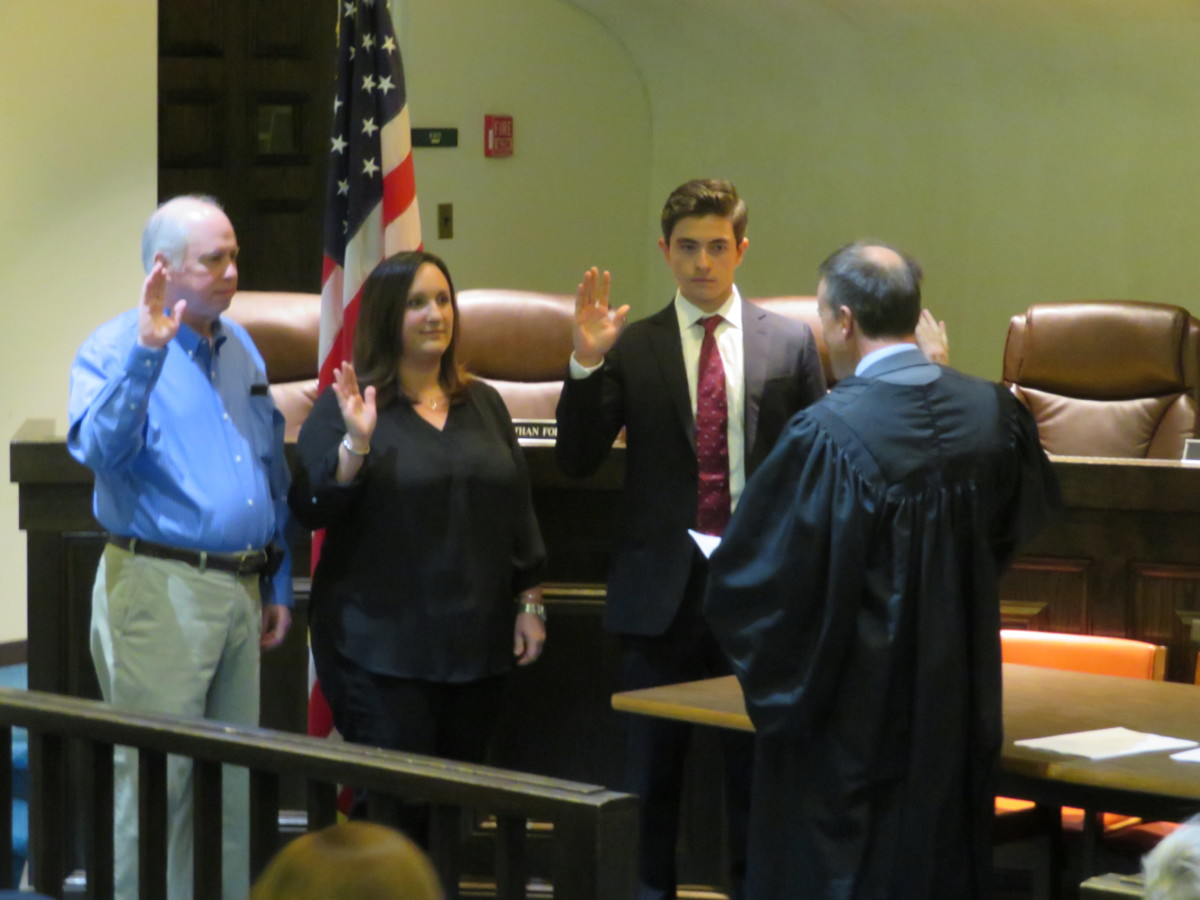 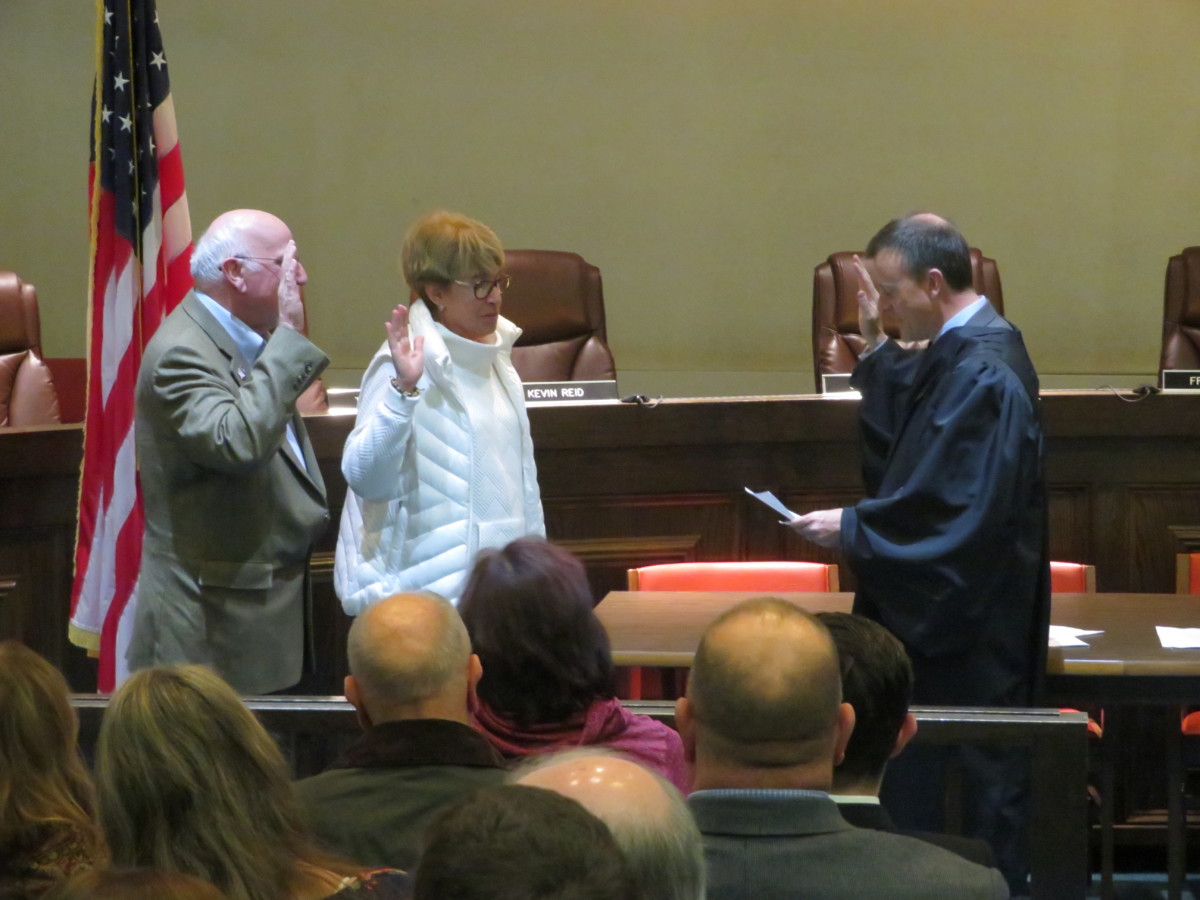 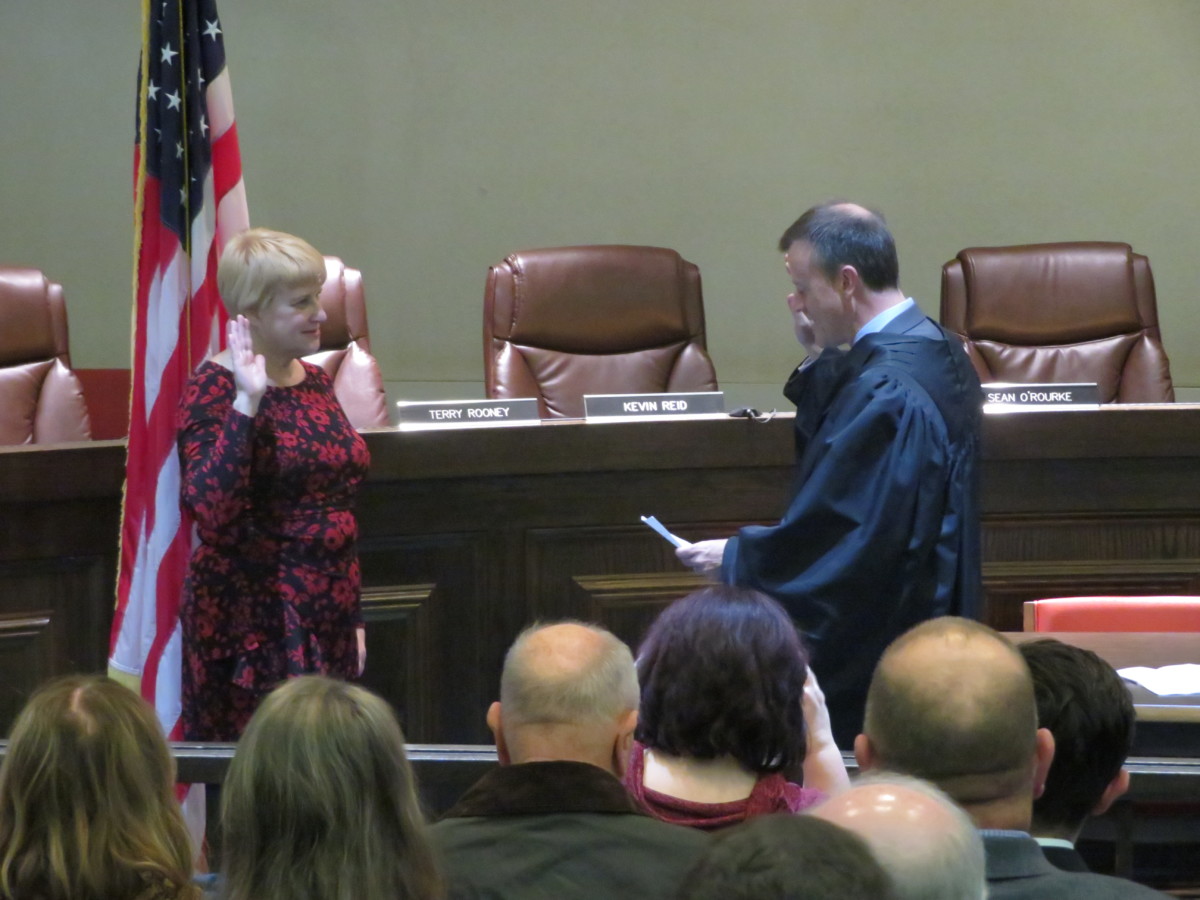 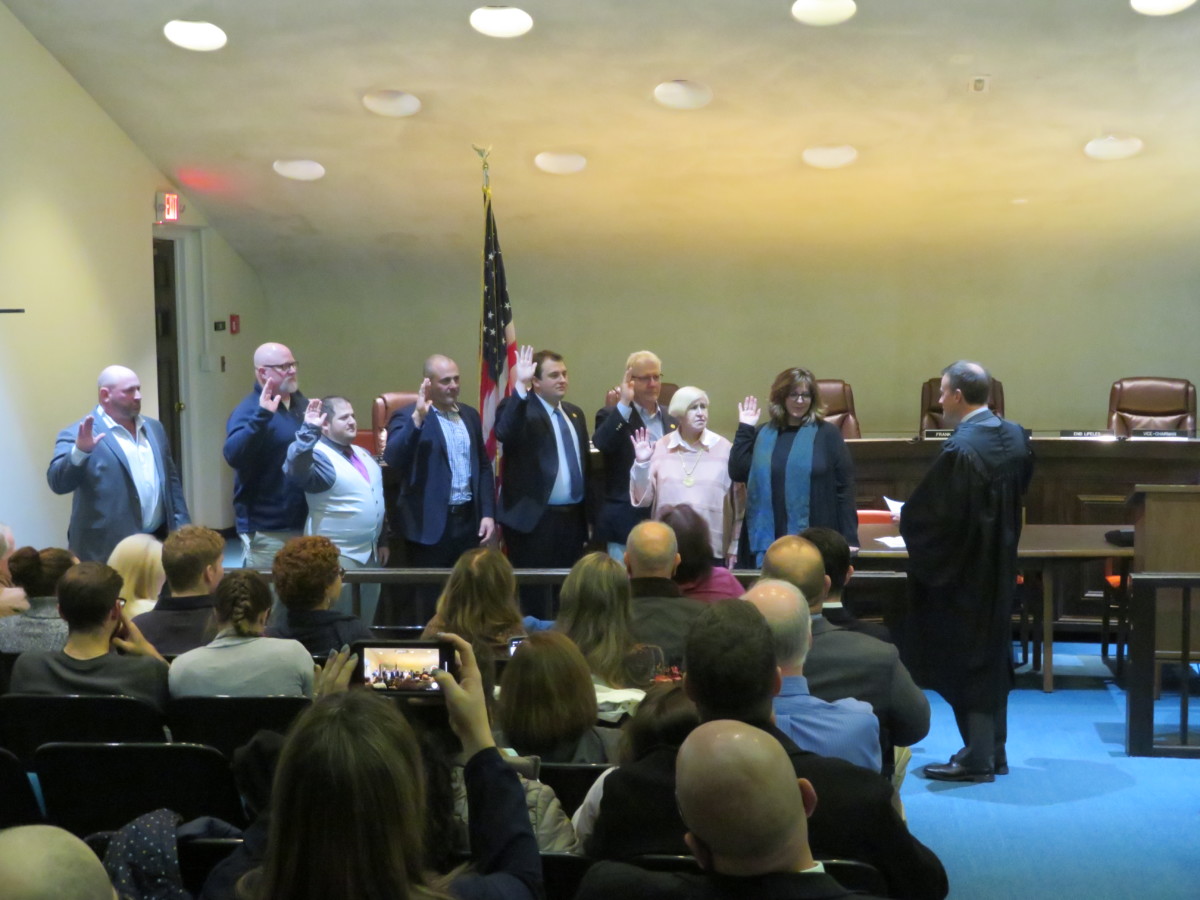 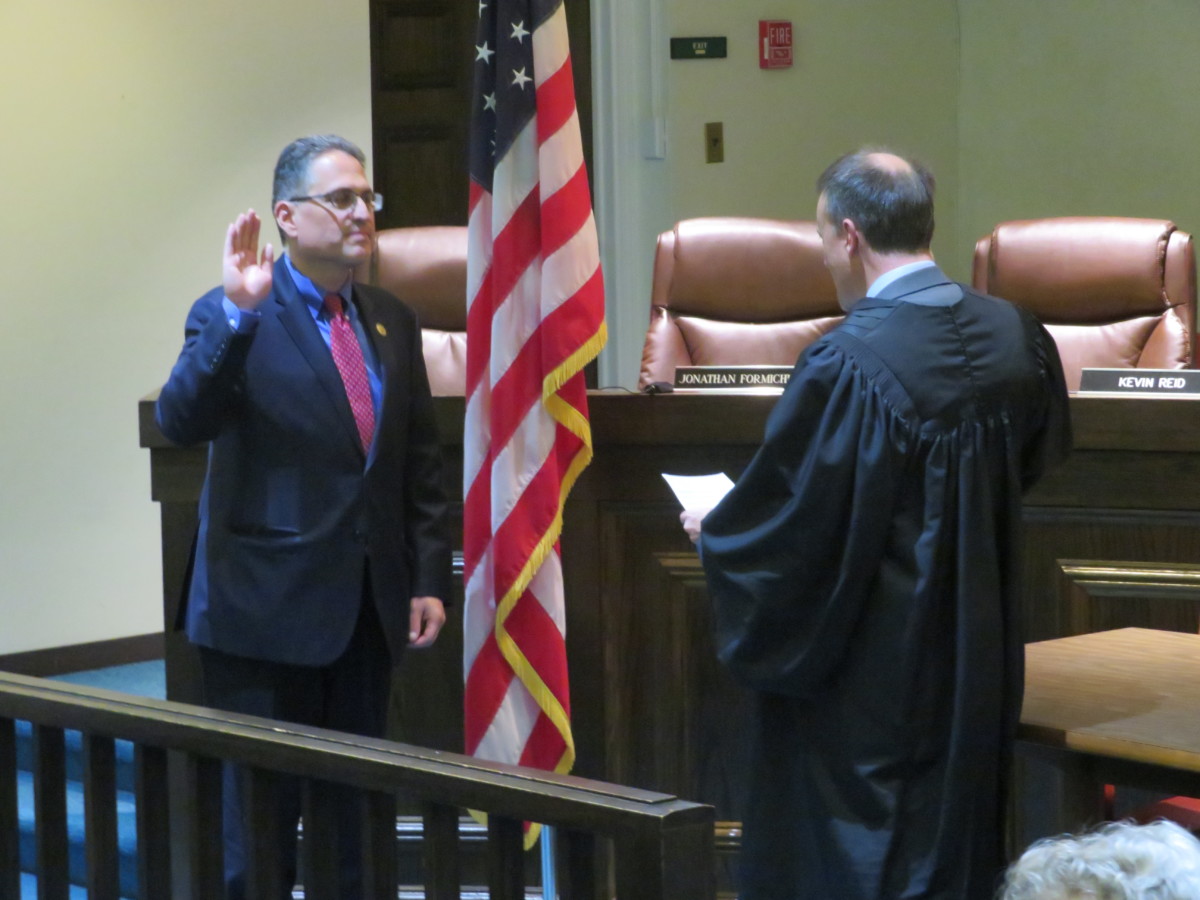 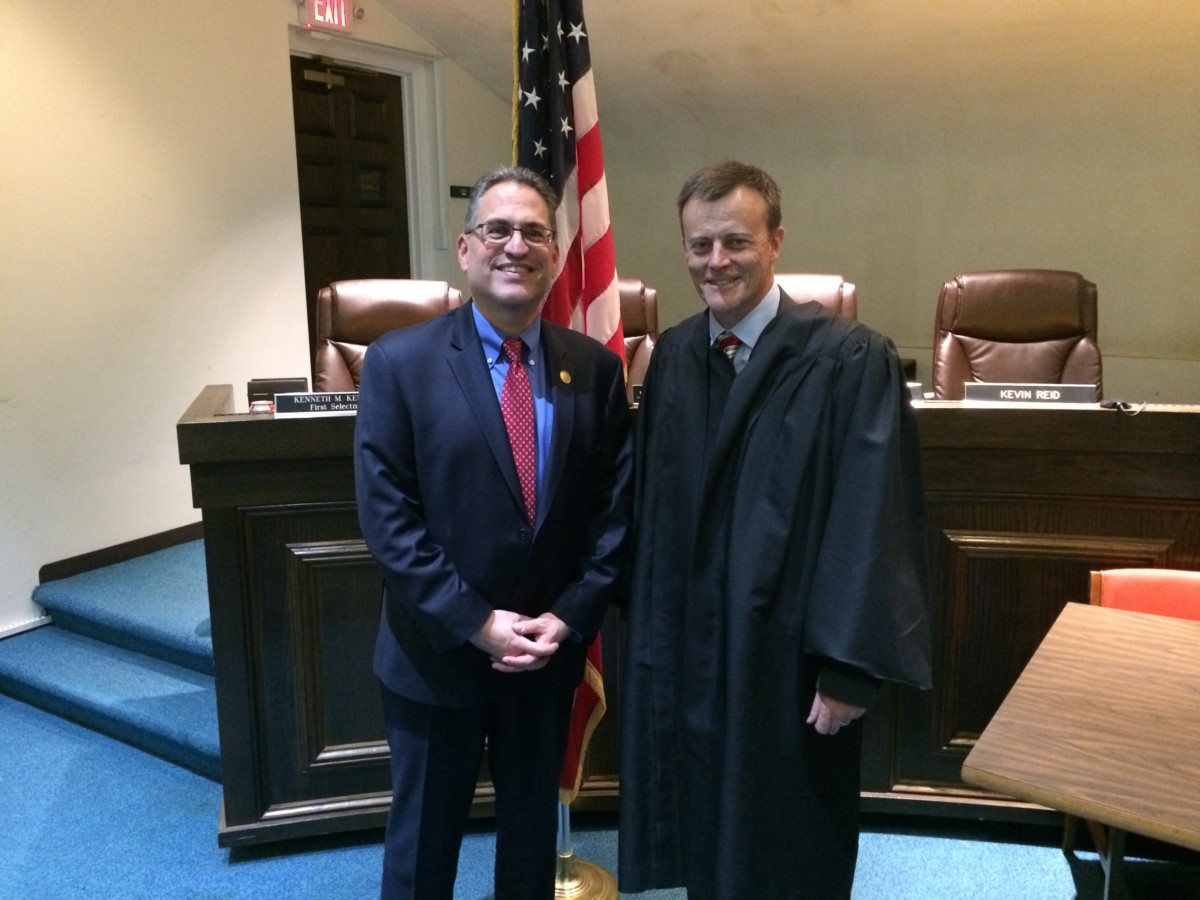 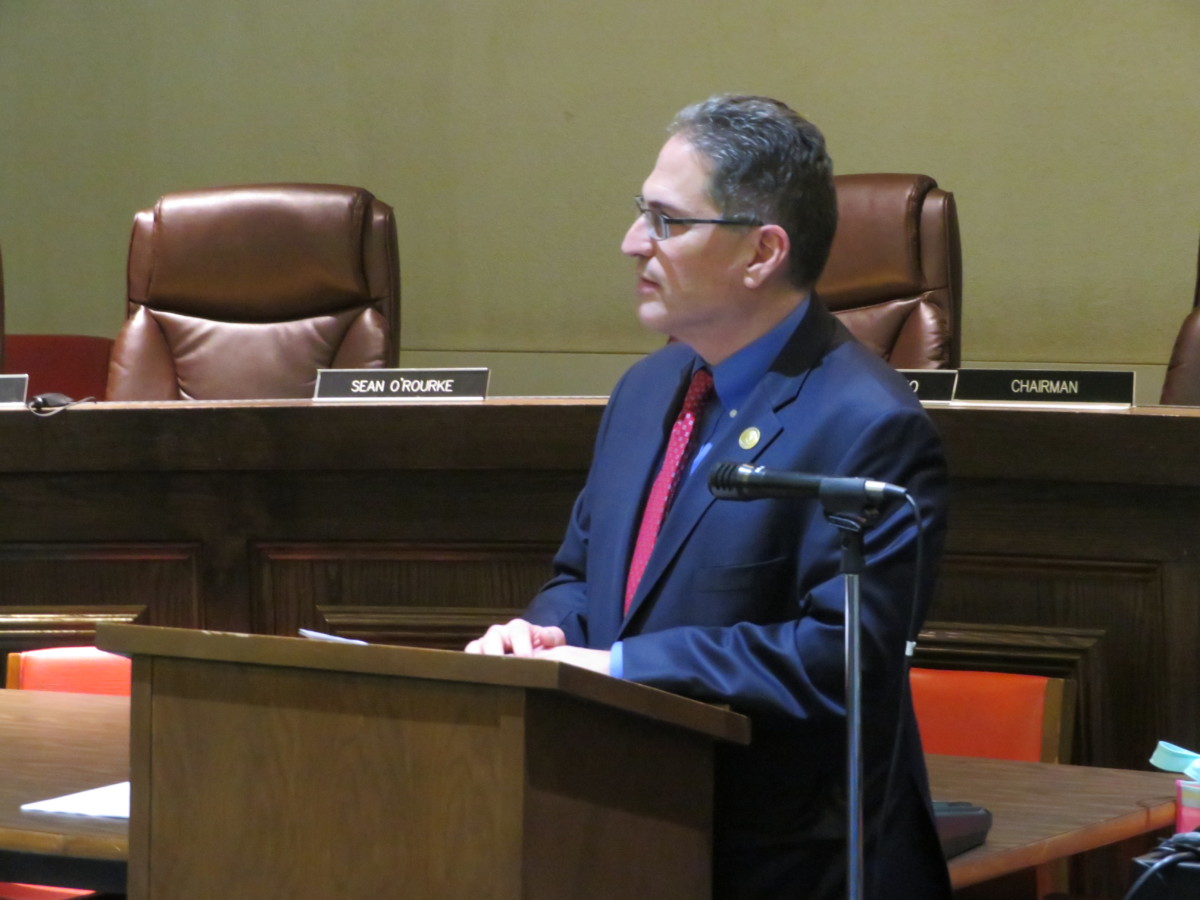 The first selectman used the example of his plan to make the process of renewing Wolfe Park stickers more convenient for residents, by including park stickers with motor vehicle tax bills that are mailed out, to illustrate what town officials can accomplish by working together.

“While many people were very pleased with the outcome, I know that it is still a relatively small thing,” Kellogg said. “I bring up this story because it demonstrates that together, we can look beyond the roadblocks and focus on solutions. We could have allowed any one of these relatively small challenges to stop us in our tracks. Instead, the power of collaboration and the focus on getting to a positive outcome allowed the team to succeed.”

“Thank you all for being here tonight, and joining me in the next chapter for our town,” Kellogg said, “a chapter that will continue this spirit of team work and collaboration that allows us to accomplish great things.”