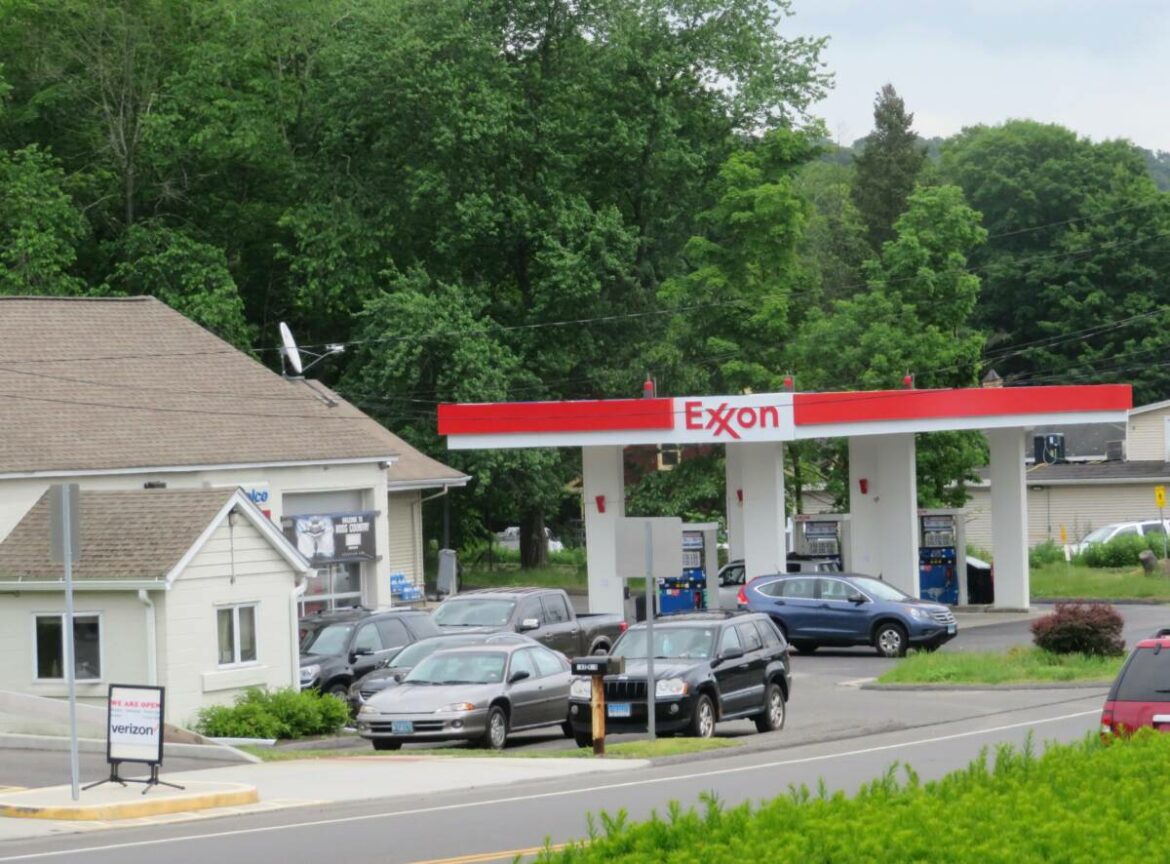 Burglars threw a trash can through the glass window of the front entrance to gain entry to The Buck Stop Exxon at 456 Main St. in Monroe.

MONROE, CT — Thieves who broke into The Buck Stop Exxon at 456 Main St. Wednesday fit the description of the suspects who committed similar burglaries in Trumbull, Derby, Orange and Seymour that same morning, according to police.

In the Monroe case, police officers responding to a commercial alarm at approximately 3:04 a.m. noticed that a trash can was used to smash the window of the front entrance. An ATM machine was found in the parking lot, in several pieces, and $5,700 in cash was stolen out of it, police said.

Police in Monroe and the surrounding towns believe the suspects are driving a gray Kia Sportage, according to Monroe Police Lt. Stephen Corrone.

Police said the theft took place sometime over the weekend, adding the total value of the tanks is between $200 and $300.

Big Y Loss Prevention reported the theft of over $318 worth of AAA batteries from the supermarket at 535 Monroe Turnpike on June 1.

The department reviewed surveillance footage from May 27, which showed a white male enter the store with a reusable bag at 10:58 a.m., go to the battery section, place batteries in the bag and cover it with clothing, before leaving the store at 11:09 a.m. without paying, police said.

Big Y Loss Prevention believes he is the same suspect who stole from several Big Y stores in surrounding towns, according to police.