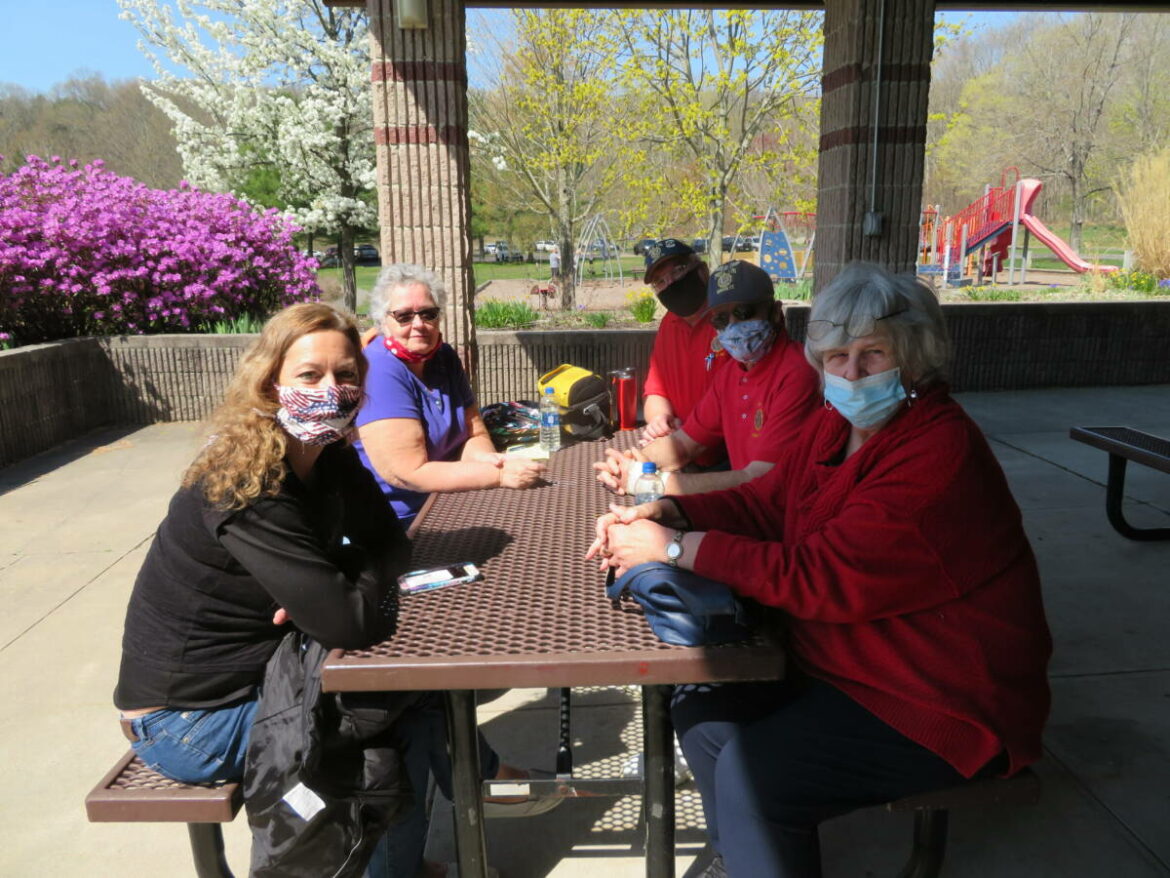 MONROE, CT — Sunlight shimmered off the water of Great Hollow Lake Saturday morning and pink and white flowering trees were in full bloom near the pavilion, where American Legion and Auxiliary members gathered for the annual Third District Kids’ Walk to benefit the Connecticut Children’s Medical Center in Hartford.

Last year, the event was held in September due to COVID-19 restrictions, but this weekend the Walk returned to its regular spring date.

“We love doing this,” said Victor Yanosy, commander of the American Legion’s Sippin-Winspur Post 176 in Monroe, adding every penny raised goes to the medical center. 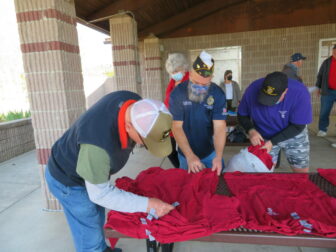 Last year, Yanosy said their event had one of its best years, raising over $2,700, which included a generous donation from Post 60 in Danbury. It used to be held at the Riverwalk in Shelton, before being moved to Monroe, where participants take a scenic, one-mile-walk around Great Hollow Lake.

The Third District includes American Legion posts in Fairfield County. All seven of Connecticut’s American Legion Districts participated in the Kids’ Walk at designated areas around the state.

Men and women from Legion posts in several area towns attended Monroe’s Walk, including Chet Luba of Post 16 in Shelton. Luba is a U.S. Army veteran who served during the Vietnam War. He serviced from 1969 to 1996, rising to the rank of sergeant first class. 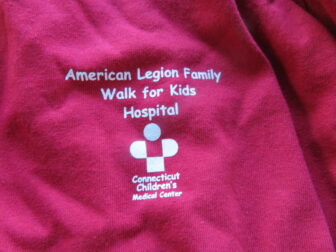 All money raised from the Walk benefits the Connecticut Children’s Medical Center.

“It helps the children and the families too,” Luba said, adding it supports one of the four pillars of the American Legion: children and youth. “Six or seven different areas of the state are doing this today.”

“It’s great. I’ve been doing it every year,” said Phyllis McKoy, a member of Post 140’s Auxiliary in Bridgeport.

“It’s good to come out now,” said Luis Sanchez, commander of Post 140. “We’re getting our shots. I myself gained 15 pounds during this COVID pandemic.”

Sanchez, an Army veteran and Bronze Star recipient who served during the Gulf War, did the Walk with his fiancée.

Looking for a few good veterans

Tom Moore, adjutant of Post 86 in Wilton, served as an interrogator in the Army from 1983 to ’88. He said the American Legion has an aging membership, with 70 percent of its members age 70 or older and 15 percent who are in their 60s.

As the country loses World War II and Korean War veterans, the American Legion can use an infusion of youth to join its Vietnam vets. 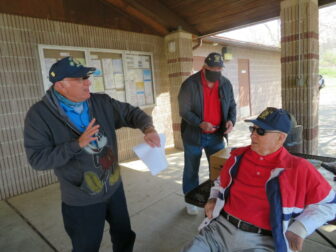 Moore said Congress had changed the membership requirements to allow all who served since Japan’s attack on Pearl Harbor, Dec. 7, 1941, because the country was considered to be in a constant state of war ever since WWII and the start of the Cold War.

“Everyone who has been honorably discharged and served at least one day of active duty can join,” Moore said.

Luba said he enjoys the camaraderie with fellow veterans and the volunteerism.

The American Legion has a program called Boys State, which allows high juniors to learn how the state government is run, “from dog catcher to governor,” Luba said. And the Auxiliary has Girls State.

The Legion also has an oratorical contest, where high school students can advance all the way to a national competition in Indianapolis, Ind.

“Being in the American Legion, we continue to serve our country, our state and our communities,” Sanchez said.

“You can sit down and have a beer or two and people open up,” he said, “‘Wow, I thought it was only me. You had that issue too?’ We can talk to one another and relate.”

Raelene Miller, president of the Third District Auxiliary and a past department president, said a military parent, spouse, child or grandchild can become an Auxiliary member.

“We’re trying to increase the numbers,” she said of membership.

McKoy joined 42 years ago, under her father, Army veteran Ponce d’Leon Jones. “We do so many things for the community,” she said. “We give out scholarships to kids. Our job is assisting the veterans.”

“I like working with veterans in our veterans hospital,” Miller said.

Auxiliary members send cards to the veterans to let them know people care, according to Miller, who said she has also arranged for pickups at schools, where teachers had children create greeting cards.

At Christmastime, Miller said the Auxiliary holds a shopping event at the hospital, allowing the veterans to get free gifts for every member of their families, which volunteers wrap for them.

Mary Pendergast is a new Auxiliary member. “My dad is a veteran and he has since passed,” she said of joining. “I just feel really welcomed in the Auxiliary.”

2 thoughts on “The American Legion Kids’ Walk: ‘We love doing this’”