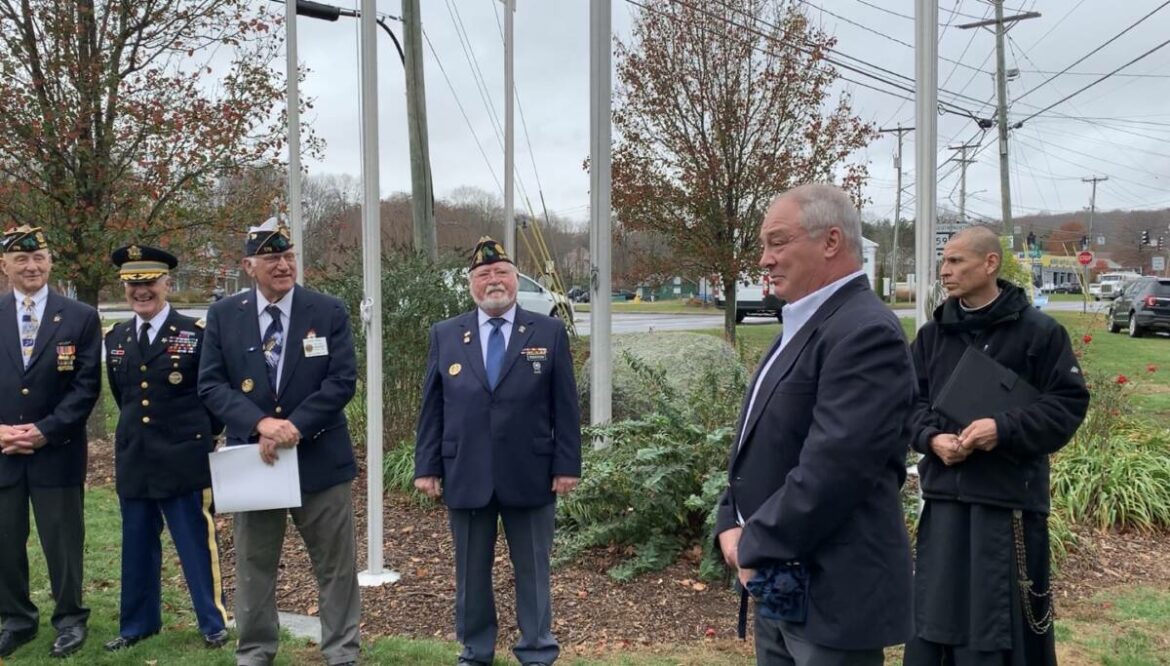 In addition to the veterans and members of the Women’s Auxiliary, a small crowd of civilians were in attendance, along with First Selectman Ken Kellogg of Monroe, First Selectman David Bindelglass of Easton, and State Rep. Tony Scott, R-112th.

“It always seems to be interesting that Veterans Day comes right after the election,” Bindelglass said. “[President Abraham] Lincoln said, ‘government of the people, by the people, for the people will not perish from the Earth.'”

Bindelglass noted the famous quote was said as the president stood before a battlefield.

“That, really to me, is an acknowledgement of the fact that none of our ability to govern ourselves, our prosperity, all that we have and sometimes take for granted, would not happen without the service of people like you all,” he said. “On behalf of Easton, on behalf of myself, thank you so much. Thank you for your service and may God bless you all.” 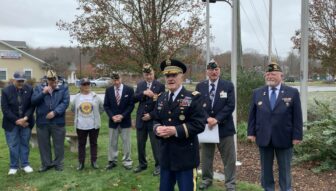 While honoring the men and women who served and are currently serving their country, Ret. U.S. Army Col. Ron Berry, of Easton, called upon fellow veterans to start a new movement to inspire high school and college students to serve, bringing a much needed infusion of youth into our armed services.

Kellogg thanked the commanders of both legions, Victor Yanosy, of Sippin-Winspur Post 176 in Monroe, and Donald Rodgerson, of the Charles L. Ruman Post 160 in Easton, for organizing Friday’s ceremony.

He also thanked the Save Our Stepney Task Force for Flags Over Stepney, a display of 13 American Flags on the green. 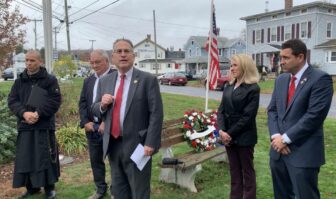 “We come here every year on the 11th hour of the 11th day of the 11th month, not just to remember the armistice, but to honor all of our veterans — those who have and those who continue to serve our country each and every day,” Kellogg said.

“I too was reflecting on what we did just three short days ago, we voted,” he said. “The right to vote, as President Reagan once said, is the crown jewel of American liberty. The brave men and women deserve the gratitude of protecting those freedoms.”

“For those veterans who are here today, on behalf of the town of Monroe I sincerely want to thank you for what you have done,” Kellogg closed. “We are forever grateful for the gift that you have given to us: the gift of freedom and service to our community and to our country. Thank you. I salute you.”

Scott mentioned his grandfather, who served in World War II. He worked in intelligence, but due to a problem with his eyesight, he could not be deployed overseas to fight with his brethren.

“He was open and honest about the stories and how he felt not being able to go over there,” Scott said of his grandfather’s experience.

The fact that it pained him to not be there, shows how tight the military community is and how powerful they are together as one, Scott said. 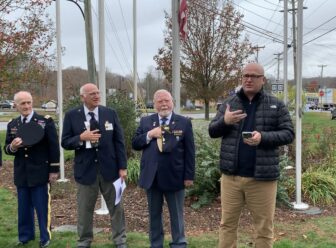 There was a presentation of wreathes and the American flag was lowered to half-staff.

Father Adan Rodrigues, pastor of Our Lady of the Rosary Chapel, gave the opening prayer and The Rev. Kevin Merritt, senior pastor of Stepney Baptist Church, offered the Benediction.

Merritt read 2 Samuel, a part of the Bible telling the story of David when he was under constant attack from King Saul, before growing up to become his successor. David sings to the Lord to be his stronghold, refuge and savior, rescuing him from violence.

After the ceremony women started singing “America the Beautiful” and others joined in. 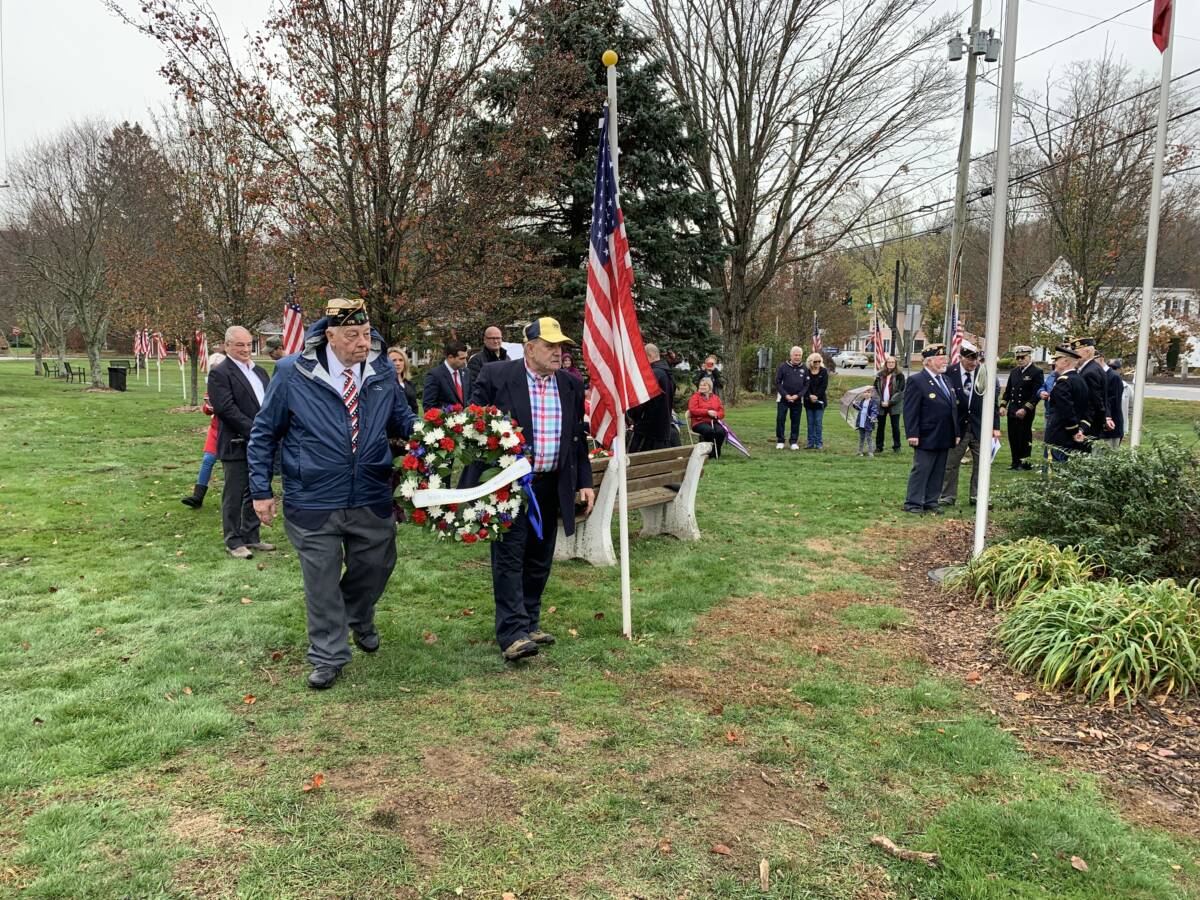 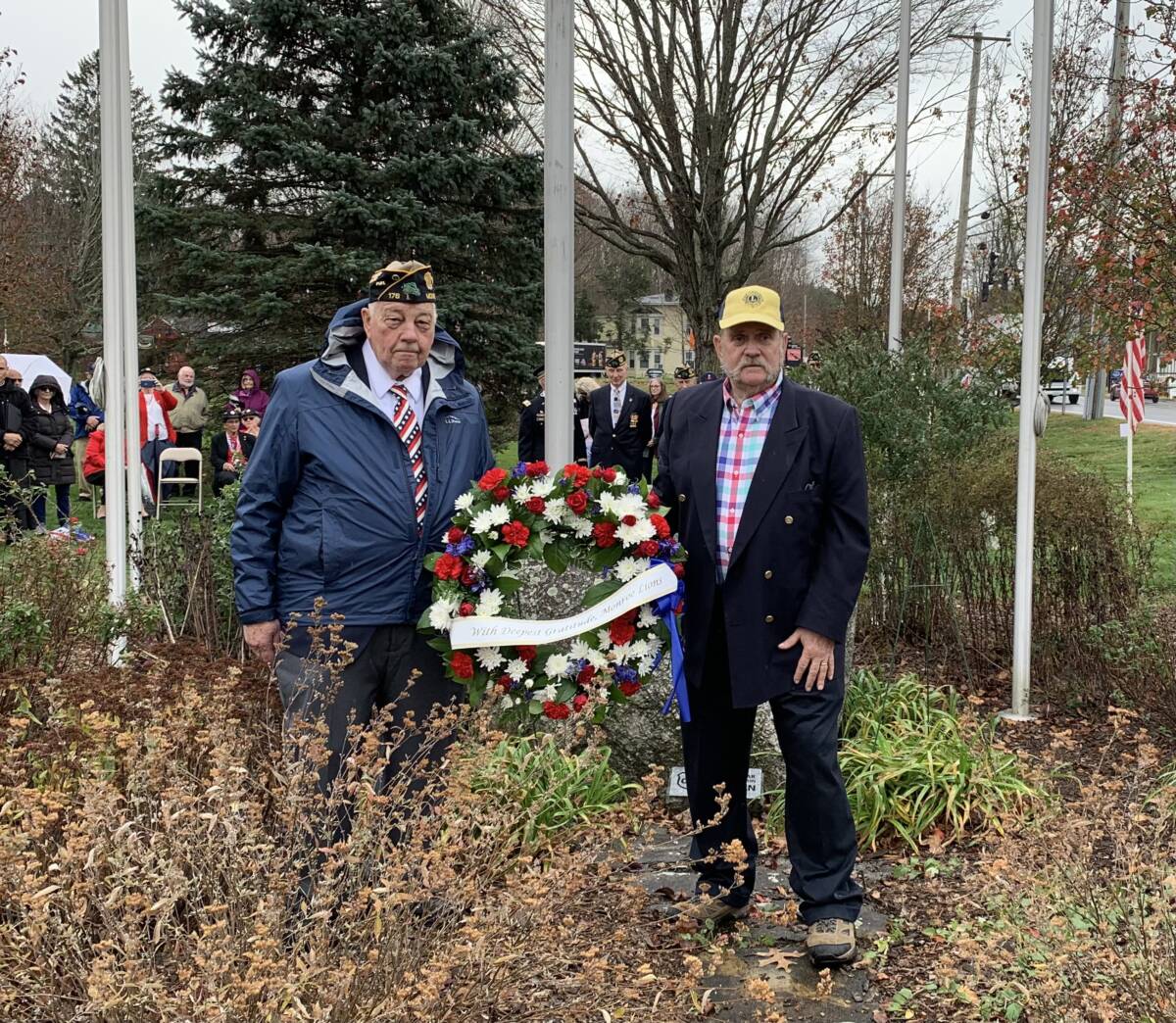 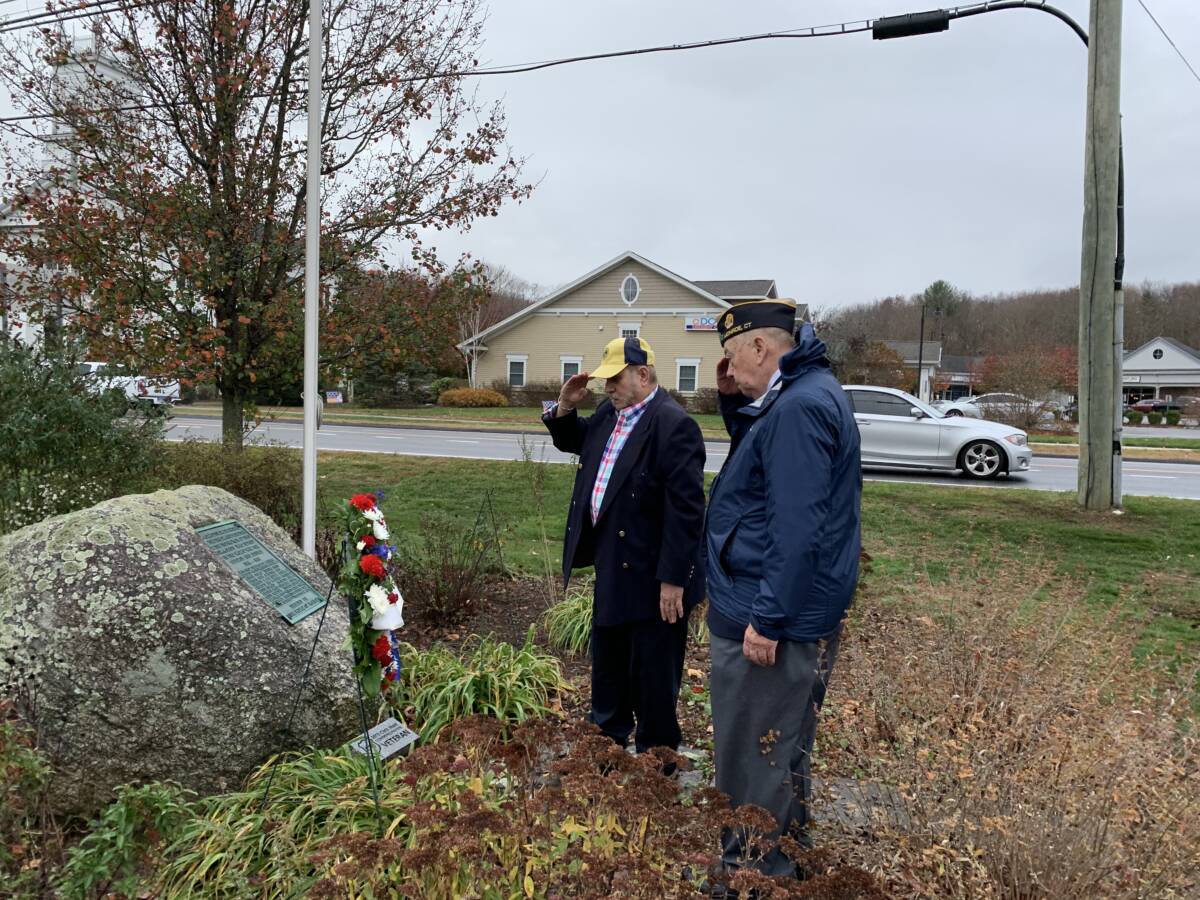 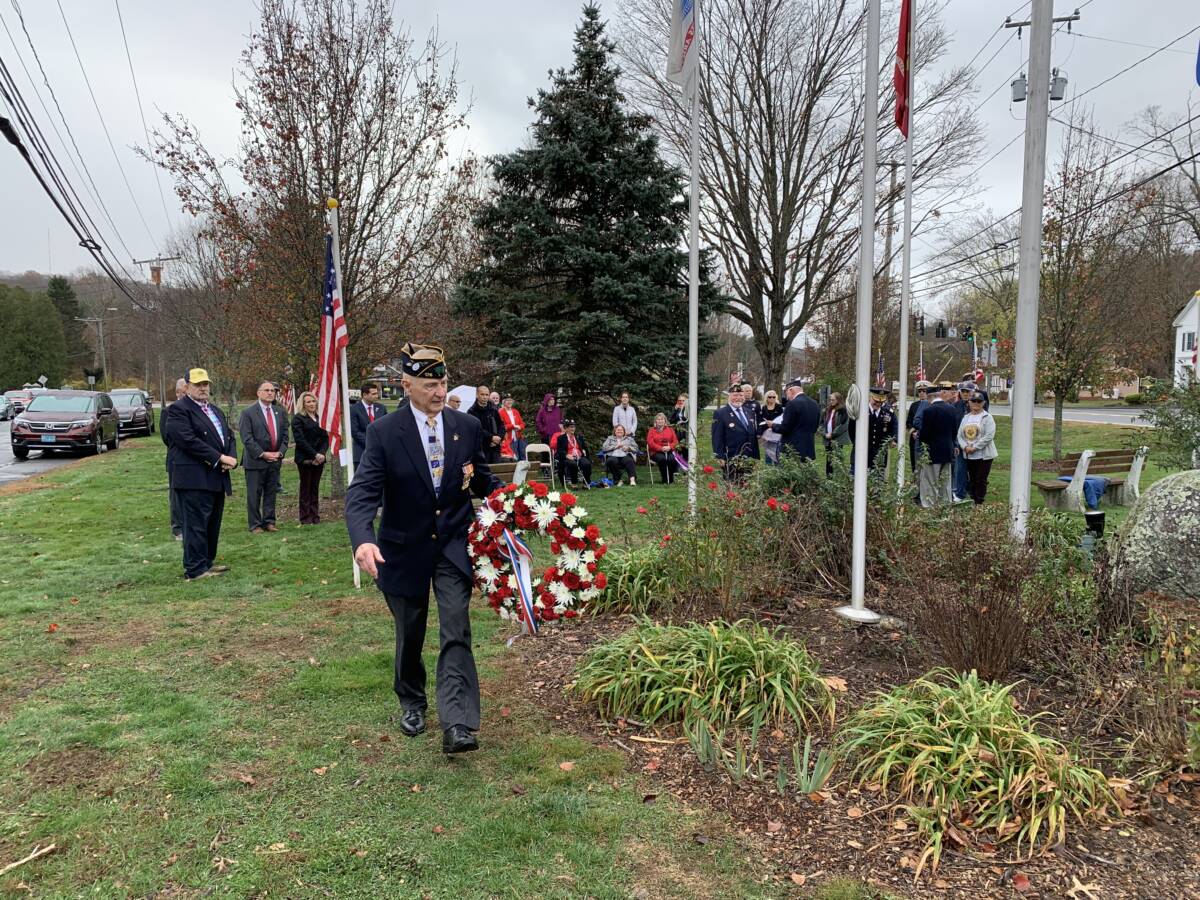 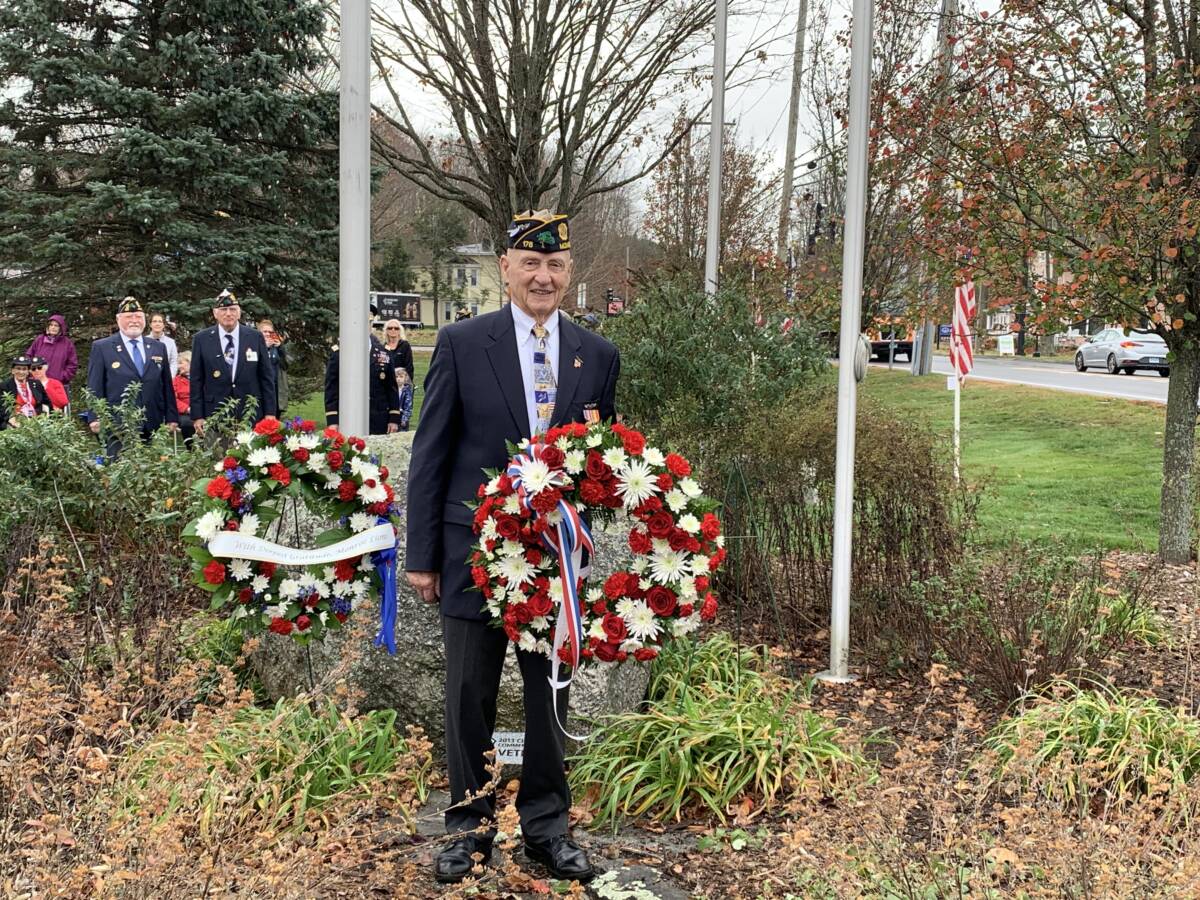 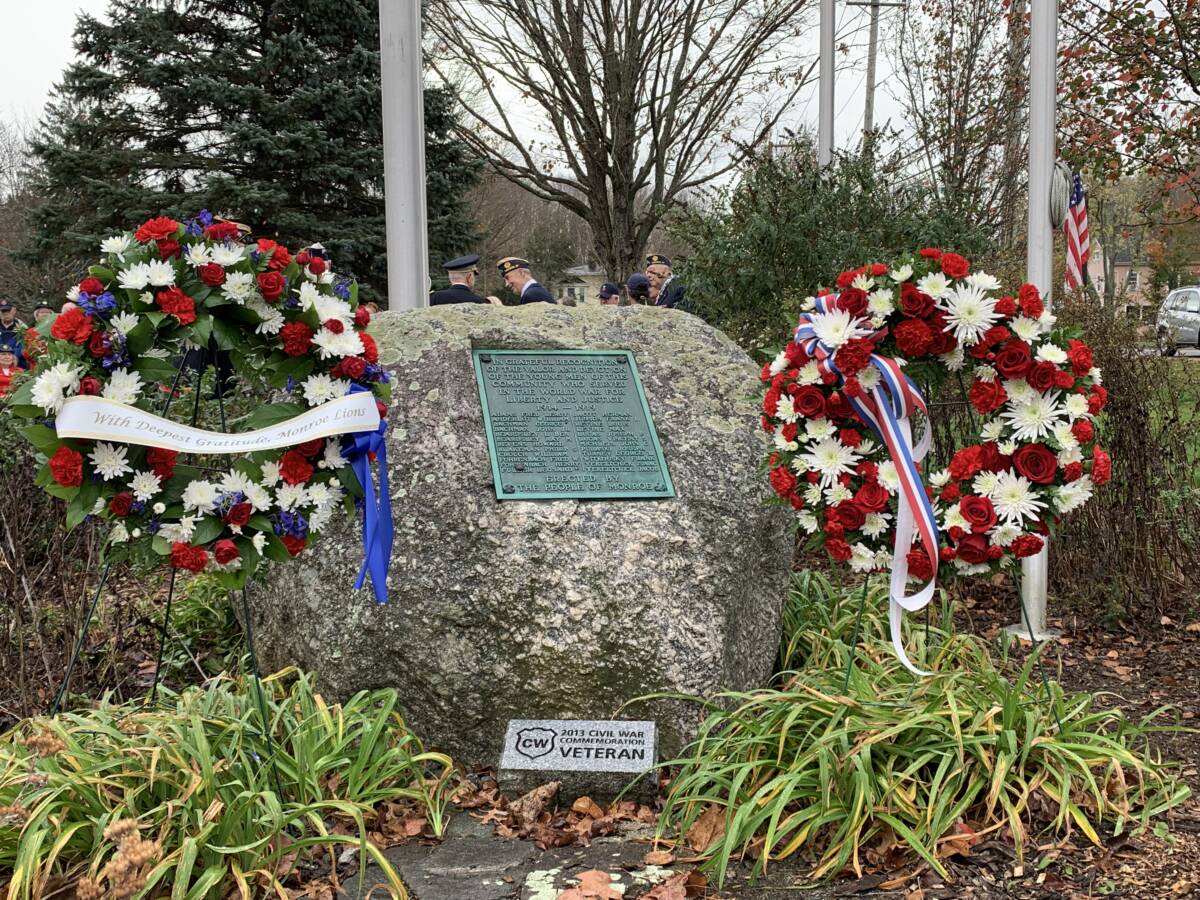 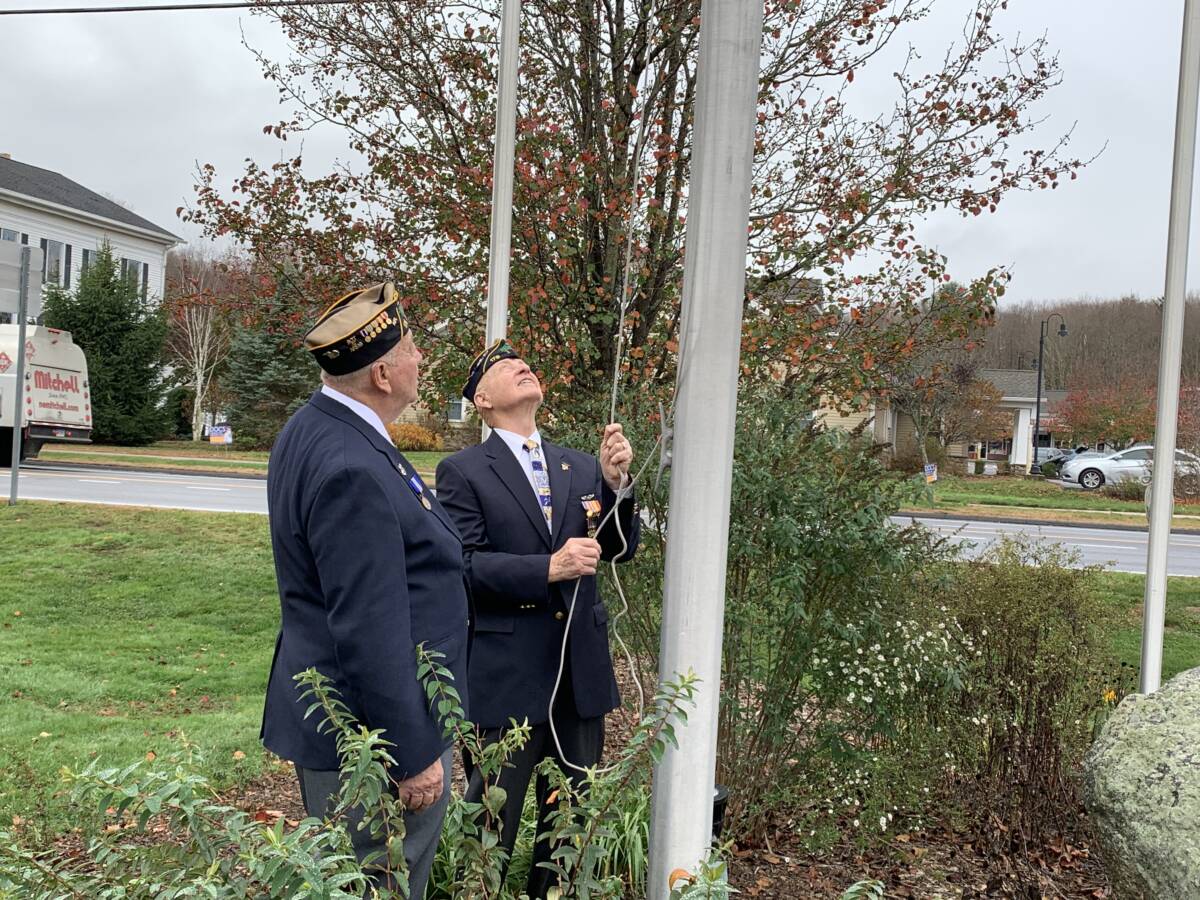 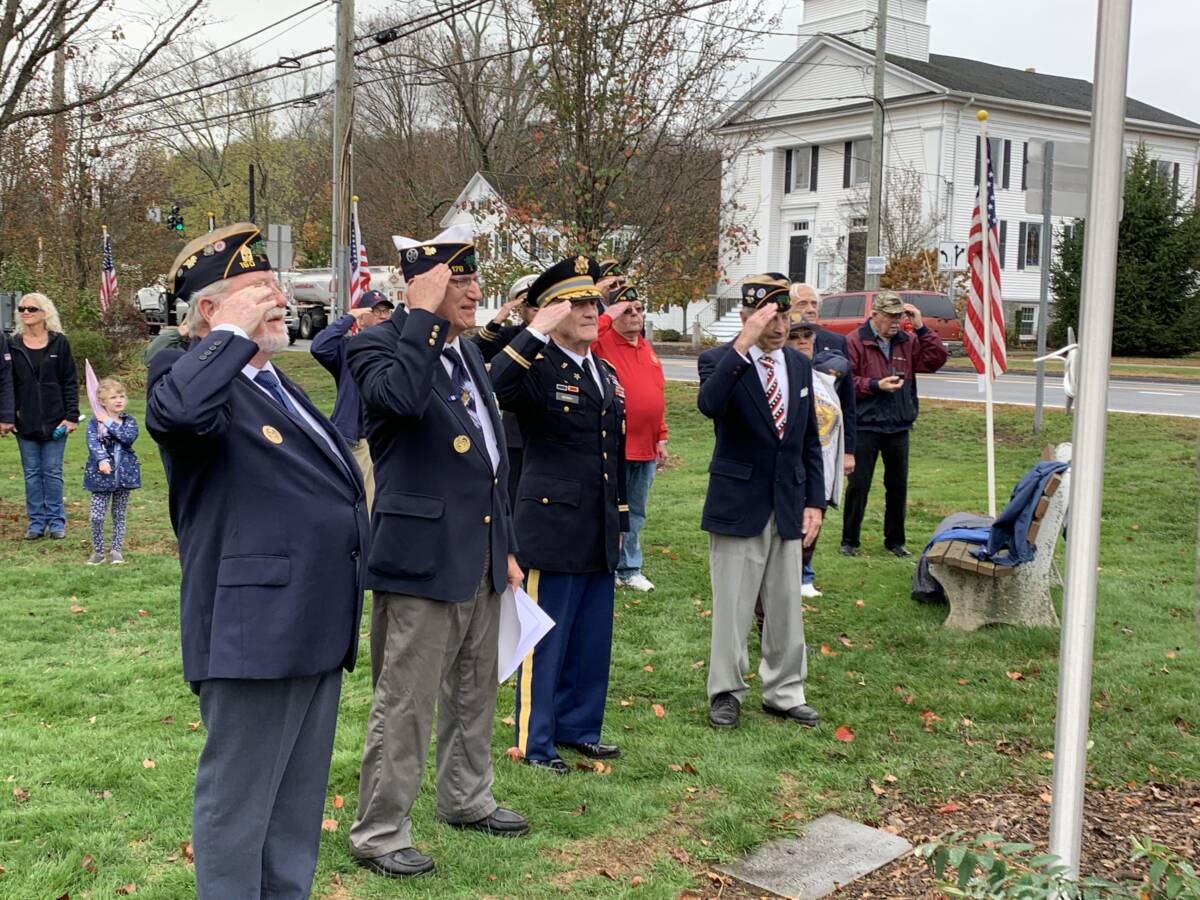