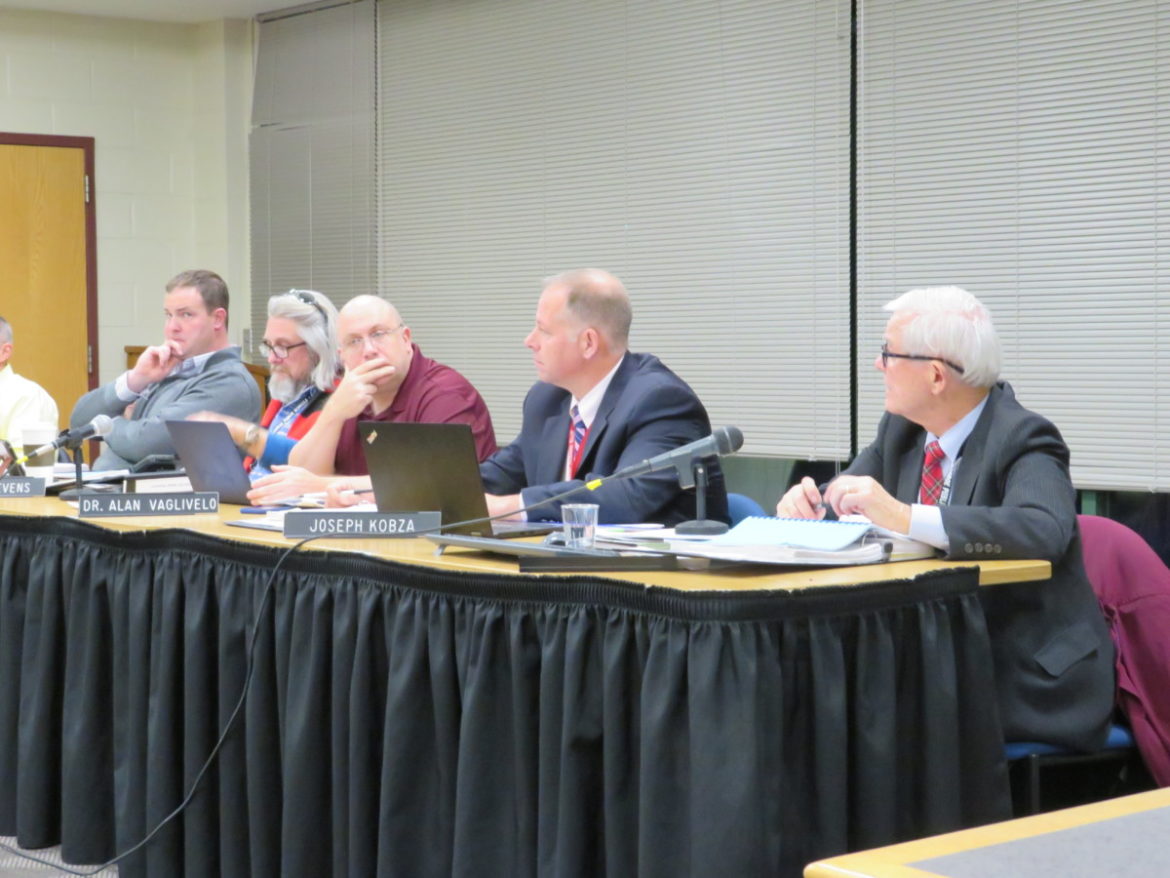 Board of Education members held a budget workshop for 2020-21 Monday night, but the need to close a deficit of over $1 million in the current fiscal year hung over the room like a dark cloud. Tempers flared during the discussion, leading to an abrupt end to the meeting.

Though the school district’s interim finance director, Frank Connolly, insists board members were informed of the ballooning deficit throughout the year, board member David Ferris said, “I just feel like a bomb was dropped on us.”

“When were we going to be told about this?” Ferris asked. “I’m tired of this. I’m going to get some fresh air.”

Ferris got up from his seat and stormed out of the Masuk Media Center. Looking back at the tables where board members and administrators sat, he said, “this is unacceptable.”

Chairwoman Donna Lane called for a recess and as soon as the meeting got back underway minutes later, she announced it was adjourned.

Connolly estimates the total shortfall at “roughly” $1.4 million, though some board members say it is around $1.5 million.

Connolly said a $95,000 special education budget deficit the school board already anticipated blew up to $300,000 by last week, adding the board was informed then.

He said Superintendent of Schools Jack Zamary’s office has kept the board informed as the medical deficit rose to $685,000 and the board already knew about a $300,000 “negative plug” agreed to during the last budget process.

The negative plug underfunded the budget by $300,000 with the intent of the district making up for it with savings throughout the year. A hard spending freeze this year, resulted in a savings of $400,000.

Connolly said the district found a $117,000 deficit for transportation within the budget, adding the setting of the transportation budget preceded him, so he does not know why it is short.

The budget for paraprofessionals has a $95,000 shortfall.

Time is running out

Connolly said he could get a more solid estimate of the total shortfall within a month.

“We’re now in the middle of February,” Lane said of when the board would have the information. “How are we possibly going to save $1 million in four months and two weeks? We aren’t going to be able to pay our bills.”

Connolly suggested asking the town for help with the $685,000 medical insurance deficit, as municipal leaders had assisted the district earlier in the fiscal year.

“The town doesn’t have an unlimited amount of money to give us and any amount would have to be voted on by the residents as a special appropriation,” Lane said. “Townspeople can say, ‘no. We gave you an allocation. You have to live within your allocation.'”

After the meeting, Connolly said, “we’ve been reporting the numbers all along,” adding his belief some board members were surprised at how high the total is when everything is added together.

While trying to close out the current budget year, Board of Education members are still deliberating on the superintendent’s $60.5 million budget proposal for fiscal year 2020-21, which represents a 5.7 percent spending increase.