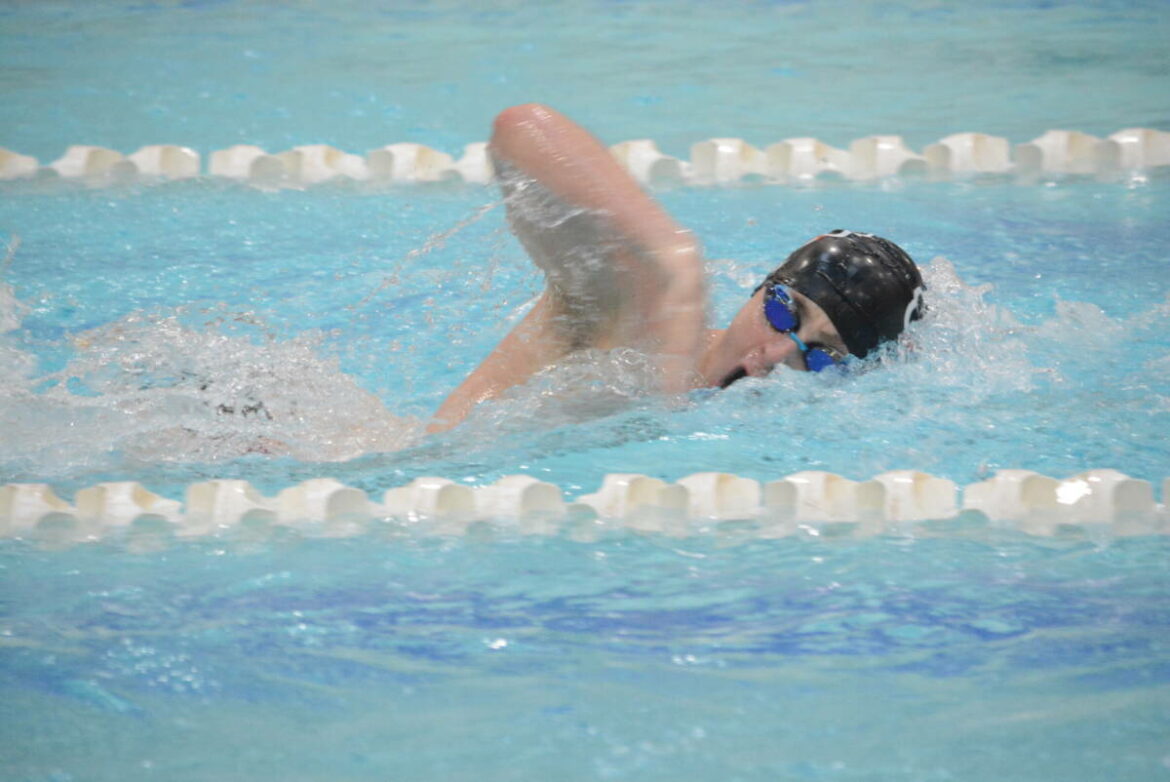 Kenny Clark of Masuk competes against the New Milford Green Wave on Jan. 11.

MONROE, CT — Although the visiting New Milford Green Wave earned an 89-81 victory over the Masuk Panthers in a boys’ swim meet on Jan. 11, the Panthers made some waves with several event wins and second-place finishes.

“It was a super close meet, we were tied in the second half at one point and it came down to the last couple events. The boys got up and raced and left everything they had in the pool,” Masuk Coach Emily DeMace said.

The 200 medley relay team of Roan Riordan, Ryan Youngcourt, McHugh, and Kirberger was second in 1:51.15.

“Backstroke was a win for us — we swept the board and took first, second, and third. The 200 IM and 200 free and 100 fly were also great events for us. New Milford put up a fight and Masuk fought hard. It was a super-close and fun meet to watch,,” DeMace said.

This was only Masuk’s second meet since Dec. 21, but DeMace is encouraged by the performances of her swimmers despite time away from the pool.

“We’re still getting back in the swing of things after some time off with the holidays and COVID playing a factor, but I think this meet was a push to get them back in shape and working hard for our next meet against Bunnell/Stratford,” said the coach, whose Panthers are set to visit Bunnell/Stratford on Jan. 25 at 4 p.m.

“We’re very excited to see what they can do. We’re training hard right now in this pause of dual meets,” she added.

Masuk is scheduled to be on the road for three straight, including a Feb. 1 visit to Weston and Feb. 8 trip to Newtown.

An early-season meet with Fairfield Prep has been rescheduled and will give Masuk three meets in a week to close out the regular slate, pending more schedule shifts.