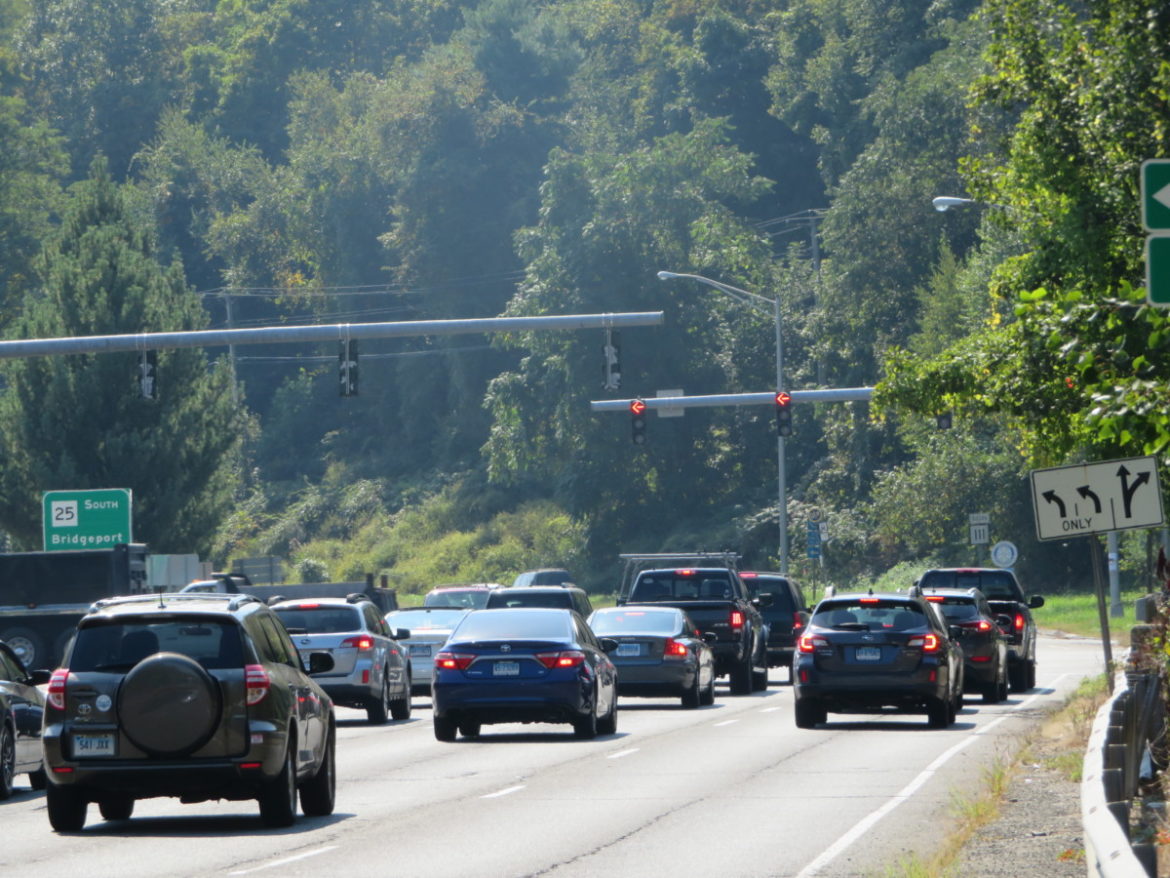 The Connecticut Department of Transportation will be doing a milling and paving project on Route 111 in Monroe and Trumbull.

Monroe’s main commercial thoroughfares of routes 25 and 111 take traffic to businesses, schools and medical facilities, and both roads are conveniently located near major highways. But Main Street and Monroe Turnpike are frequently congested during peak hours.

The results of a planning and engineering study to find potential solutions to the problem were recently released.

“Though it’s not in Monroe, the Route 25/111 intersection is one thing the study highlighted for redesign,” Monroe First Selectman Ken Kellogg said. “It all comes with costs and, as long as state and federal money is available, I think improving traffic flow at that intersection is worthwhile.”

The town joined Trumbull and the Connecticut Metropolitan Council of Governments (MetroCOG) on the study to identify and prioritize short- and long-term solutions to existing and future traffic needs along the corridors, as well as to address safety and operational concerns.

Kellogg said everything is conceptual with the exception of the installation of a light at the entrance to Chip’s plaza on Route 111 and the redirection of the Pequonnock River Trail crossing to the light, which has been approved for funding by the Connecticut Department of Transportation.

“The town of Trumbull has begun design for this crucial safety improvement and held a public meeting to introduce the project on June 26th, 2019,” Kellogg said.

The study was fully funded by the state of Connecticut and done with the consulting firm Tighe & Bond leading the project. MetroCOG served as the project manager. In addition to the final report, technical memoranda, appendices, meeting presentations and additional outreach materials are available online.

While the study only includes suggestions on how to improve traffic flow, Kellogg said the data could be used to guide future projects.

Though the study found Route 111 is less congested than 25, it says Monroe Turnpike is moderately congested during peak hours in the four-lane section in southern Monroe and northern Trumbull, and father north at the intersection with Purdy Hill Road.

Kellogg said he would be open to widening Main Street in areas where it is possible, but not where taking property would hurt business owners, who despite receiving compensation, would lose parking.

“I would not support anything that would force somebody out of business,” Kellogg said. “The intent is to help ease traffic congestion throughout, not to hurt businesses. We would never support a project that would have that type of result.”