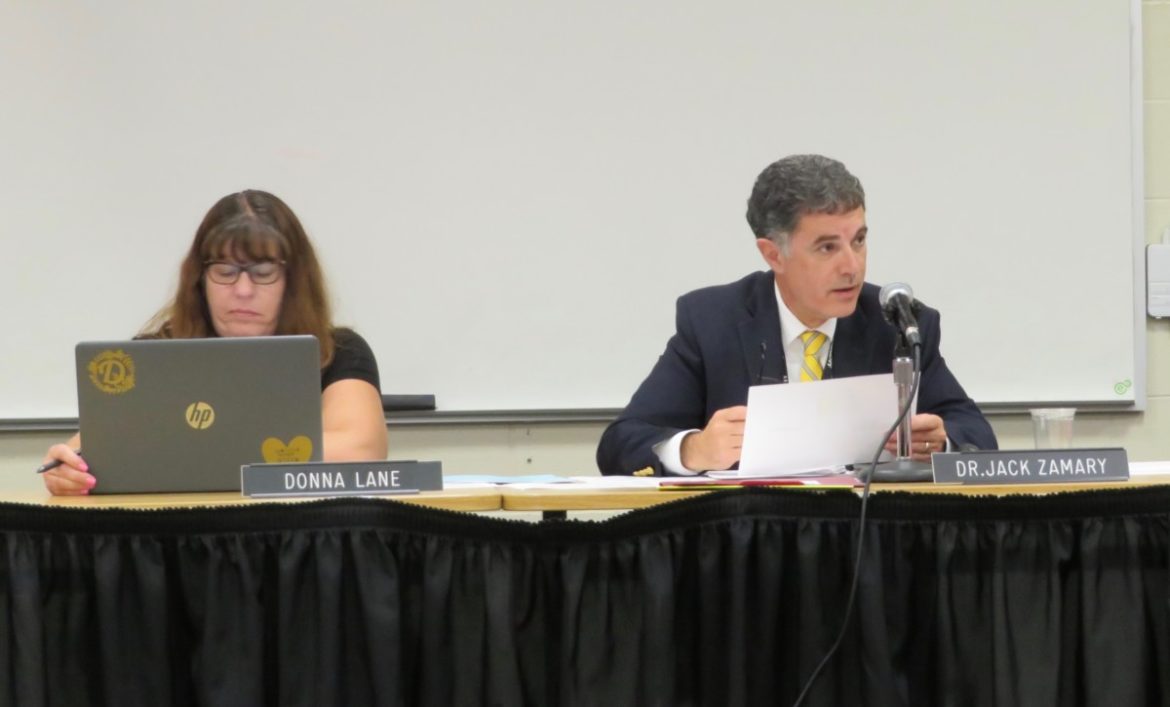 Students taking the Smarter Balanced Assessment Consortium test last spring earned the highest scores, in both English language arts and math, since the inception of the test four years ago, according to Superintendent of Schools Jack Zamary.

Students meeting or exceeding goal in ELA from grades 3 through 8 totaled 82.5 percent and 73.3 percent of students met or exceeded the standards for math.

“I’m very proud of all of our students and staff for their ongoing work,” Zamary said Tuesday. “These outcomes are a reflection of the good work that goes on in our schools every day.”

There was a pilot of the test in 2014-15 when the SBAC was replacing the CMT and CAPT tests. The SBAC has been taken in the four years since, according to Zamary.

Monroe’s students were third on the ELA portion of the state test in their DRG (District Reference Group B) of comparable school districts, finishing only behind Region 5 (Amity) and Cheshire.

But Zamary said Region 5 was only 0.8 percent higher and Cheshire only 0.1 percent higher than Monroe, so the differences were statistically insignificant.

“There was no difference between us and the other districts,” he said. “We’re at the top of our DRG.” DRG B includes 21 towns.

“We rank 10th out of 188 districts in Connecticut,” Zamary added.

“I attribute it to our staff. We have people doing great things,” the superintendent said of the district’s success.

Monroe public schools has a strong relationship with Columbia University’s Teachers College, where it gets resources and teacher training for ELA, according to Zamary.

“We’ve been doing that for five years and it’s really showing up in our outcomes,” he said. “It is the best resource for ELA instruction available, as far as I’m concerned. They provide outstanding training. The teachers love it. The kids love it.”

Zamary said the instruction begins with a mini-lesson of five to seven minutes, when the teacher gives an overview of what students will be learning. Then the teacher has students share what they’ve learned from her, sometimes talking to each other in groups before sharing it with the class.

“This lets the teacher know what they need help on and whether they understand the concepts the teacher just presented,” Zamary explained.

Then students do independent work, reading and writing while the teacher confers with students individually. If she finds some students do no know what they’re doing, she will pull out a small group to work with while the rest of the class continues what they were doing.

Though 73.3 percent of students meeting or exceeding the district’s math standards may seem low at first blush, Zamary said that portion of the SBAC is more demanding.

“The highest score in the DRG for math was 79.7,” he said. “We’re all working hard to improve math performance. It’s a reflection of student achievement, but also the demand of the test.”

Zamary said Monroe has made progress over time toward meeting the state’s rigorous math standards. For example, the year before the latest results, he said 67.3 percent of students met or exceeded the standard.

“That is significant,” Zamary said of the six percent improvement. “This is the first year we are in the 70 percent. Previous years we were in the 60s.”

Monroe public schools is ninth in its DRG in math and ranks 23rd out of 185 districts in Connecticut.

Two years ago, Monroe lost its math coordinator, but last year Zamary said the town allowed the district to reinstate the position. The SBAC improvement has come under Math Coordinator Cindy Brooker.

“That position has been extremely helpful in finding the necessary resources for our teachers to provide the best instruction for students,” Zamary said.