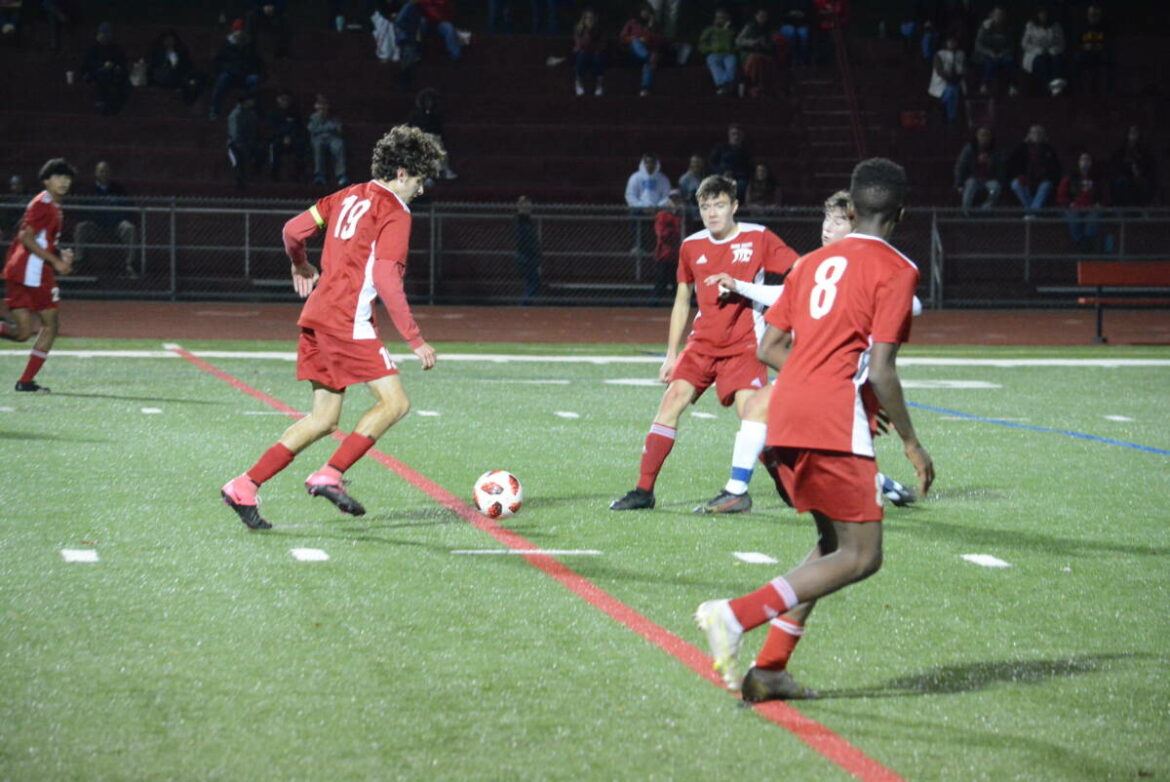 Jonah Lesiw moves the ball for the Panthers in the Class L State Tournament opener.

An overall solid season came to an end for the Masuk High boys’ soccer team. The No. 16 Panthers lost 2-0 at No. 9 Guilford in the Class L State Tournament quarterfinals on Saturday.

“It was a hard-fought battle and I am proud of the way the boys played. We dominated possession and had some chances, but unfortunately were not able to find the net,” Coach Brendan Cavanaugh said.

“They played ’til the last whistle and never gave up — and for that I am beyond proud. This senior class was a special group and they will be sorely missed. They were such a close knit group, grew up playing with one another, and that is why we were so successful this year.”

Masuk finished with a record of 11-5-3 and had a nice run in the state playoffs by edging No. 17 RHAM in a penalty kick thriller then upsetting top seed Ellis Tech.

“This being my first year as the head coach of the program, I think we did an unbelievable job in continuing to build the soccer program at Masuk,” Cavanaugh said.

The Panthers will lose a lot from the lineup due to graduation.

“Losing 13 seniors and seven starters will be tough to replace,” Cavanaugh said. “We have some young players coming back next year and I hope we can replicate the success we had this year. Overall, it was an unbelievable first year as head coach at Masuk and I hope we can have success moving forward.”

Players who received recognition this season are: