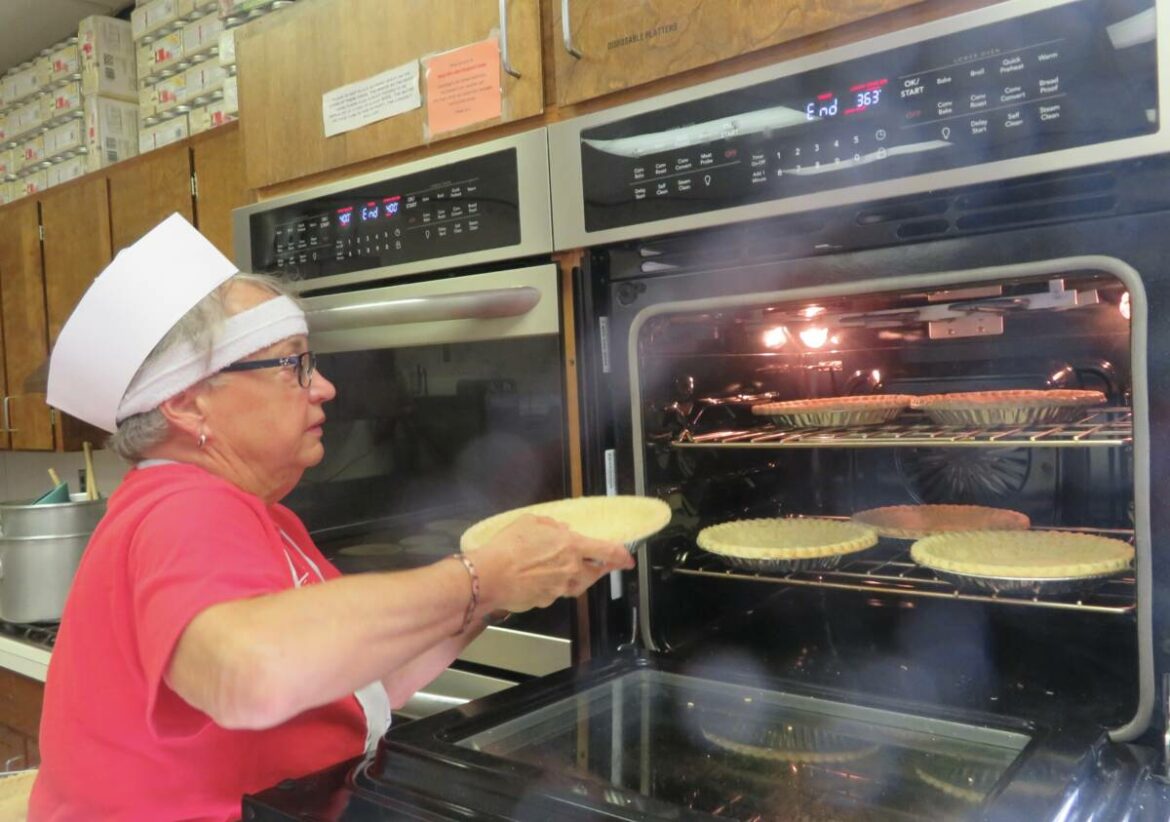 MONROE, CT — Sixteen members of Monroe Congregational Church rolled out of bed early Friday morning to pick strawberries at Jones Family Farms in Shelton at 6 a.m., filling their baskets with 500 pounds of fruit.

Joyce Rousseau, chair of biscuits and pies, led the operation. She had always helped her late mother, Sue Zaleha, the original chairperson when the church’s annual Strawberry Festival began 50 years ago.

“We baked strawberry rhubarb pies the first year,” Rousseau said. “They made it at home and drove it here. The pies slid on a car seat and made a big mess.” 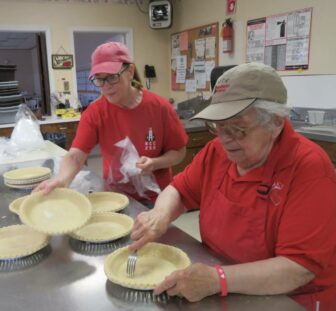 Another year, she said pies were set on a pingpong table that collapsed — and a few of them bit the dust.

After the first pie debacle, Rousseau said the church women switched to the strawberry glaze pie recipe on the side of Jones Family Farms’ boxes and stuck with it ever since.

Festival goers will soon sink their teeth into Monroe Congregational Church’s famous pies when the event gets underway this Saturday from 10 a.m. until 5 p.m. It will also be held Sunday from noon to 5 p.m. 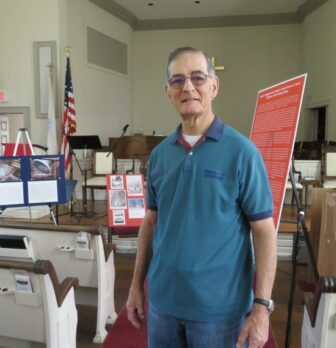 Gary Thompson, the church historian, will share his knowledge with a display inside the church this weekend.

Gary Thompson, the church historian, said a strawberry festival was first held in 1872 to raise money to buy the center green, which is also owned by St. Peter’s Episcopal Church.

Then a century later, the church decided to organize the strawberry festival as an annual event to help pay off the mortgage for the Rexford House in 1972.

“To make a long story short, it was a success,” Thompson said, “so they had it year after year, after year.”

The Strawberry Festival paid off the mortgage within a few years and Thompson said proceeds are now used for church outreach, building maintenance and general expenses. 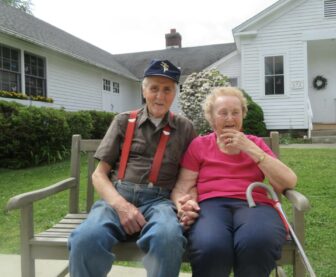 Myron and June Wininger have been volunteering at Monroe Congregational Church’s Strawberry Festival since it became an annual event 50 years ago.

Myron and June Wininger, a married couple of 70 years, are among the Strawberry Festival’s original volunteers. They were at the church Friday to help set up the event for the weekend.

“I live on Church Street and lived in Monroe since I was in the eighth grade,” said June, 89.

Her husband, Myron, 92, grew up in Trumbull.

“We were married in this church,” June said.

Fifty years ago, The Rev. Robert Keeling was the pastor and his wife, Connie, had the idea of having a strawberry festival to help resolve Monroe Congregational Church’s financial problems, June said.

“We didn’t have people on the green for the first one,” Myron said.

“We didn’t have crafters,” June agreed. “There used to be a separate craft fair and we merged it.” 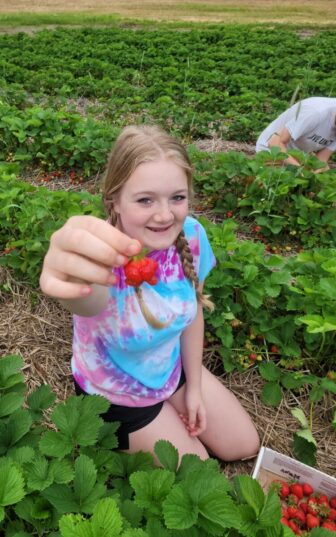 Volunteers whose strawberry baskets weigh the most will receive a prize, bought from one of the festival’s crafters. Photo by Josh Post

The first year the two events merged, June said the crafters had to have a strawberry theme.

She said the festival started out with pies and strawberry shortcake and gradually grew over the years. Myron remembers when the youth group started to grill hamburgers and hot dogs under a large tent borrowed from St. Peter’s.

“We only had one day when it started out,” June said, “but it was so much work to prepare, we soon expanded it to two days.”

One year, Connie Keeling had an idea to make dolls and June joined other creative women in the task.

“We had Little Red Riding Hood on one side and the wolf on the other side,” she said of one doll. “We made Raggedy Ann and Andy and other dolls.”

The festival also added live music and games for children. 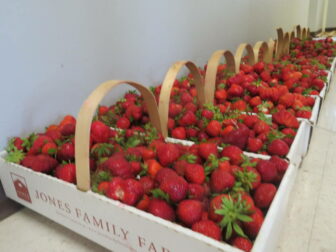 Church volunteers picked 500 pounds of strawberries at Jones Family Farms Friday morning, but plan to pick even more over the weekend, for an expected tally of 3,000 pounds.

On Monroe Congregational Church’s Strawberry Festival turning 50, June said, “oh, it’s marvelous. The whole church is involved with it. A lot of other churches have tried to have an annual festival and couldn’t get enough volunteers.”

John Maiolo, a co-chair of the festival committee, said about 100 church members are volunteering. He showed a long row of sign-up sheets for different jobs displayed on one wall.

Volunteering for the Strawberry Festival is a family affair. The Winingers said their three adult children volunteered over the years. And on Friday, Maiolo’s wife Kathy was among the women working in the kitchen.

Among the original festival volunteers are Franklin Renz and Lorrie Sippin, according to the Winingers. 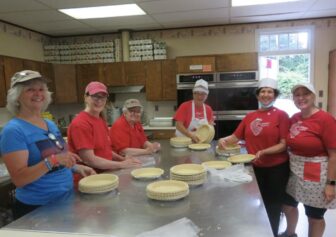 “She’s been at every one,” June said of Sippin, “and she worked at every one. She didn’t just come. She made pies.”

“We need this knowledge and this continuity, because that is the epitome of what a local festival is,” said Maiolo, a volunteer of 25 years. “Without Joyce and Ann, it wouldn’t work.”