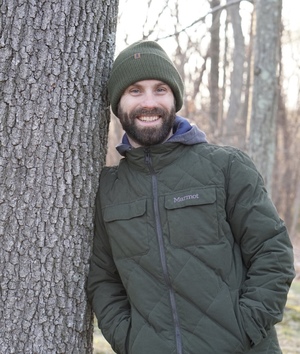 Dincher answered questions posed by CT New Junkie, “a Connecticut news site that understands the usual media offerings just aren’t enough.” The site gave permission for The Sun to publish the Q & A so its readers can learn about the candidate:

Do you agree or disagree with President Trump’s recent decisions to label certain American cities as “anarchist,” and to send federal agents – uninvited by local authorities – into cities such as Portland, Oregon? In your opinion, is this a legitimate use of federal force and rhetoric, or is this an overreach?

It is unconstitutional for the Federal Government to interfere in a state without that state legislature’s permission.

The pandemic has led to massive changes in our workforce, with many jobs disappearing entirely, at least for now. If elected, how do you envision reshaping the workforce to create new opportunities for those whose jobs have evaporated – for example, in restaurants and bars and throughout the service sector?

By freeing the market as much as possible. Connecticut’s regulatory burdens are immense and are stifling job creation and economic mobility. I will introduce legislation to decrease regulations, taxes, and licensing burdens and always vote against increases to the same.

The coronavirus is going to be with us for the foreseeable future, bringing with it, massive ongoing disruption to all of our systems, from food supply to employment to health care to education and more. From a broad perspective, how do you holistically envision addressing this crisis in the long-term?

By freeing the market. Market actors are far better at adapting to changes and can work quickly to provide resources where they are needed most. Individual planning, not central planning, is required.

What measures do you support to help protect voting rights this year and for the years ahead, within the context of the pandemic and post-pandemic voting?

Election security is a critical part of our representative republic. Electoral reforms such as Ranked Choice Voting, Multi-Member Proportional Representation by Single Transferable Voting, opening the counting of ballots to the public (no more back room counting the night of the election), issuing state voter IDs to all registered voters, should all be considered to ensure fair and accurate elections and representation.

Do you agree or disagree with President Trump’s directive for all schools to return to a full schedule this school year? What parameters and/or process do you endorse in making decisions involving the operation of public schools in the age of COVID-19?

The world is facing an impending climate emergency. With the US spending more than the next 10 countries combined on our military budget, do you think that it is important that we transition some of those resources to combat and build resiliency ahead of a predicted global climate catastrophe? How can Connecticut’s existing engineering, manufacturing, and technical project management expertise be transitioned to address that next emergency before it is too late?