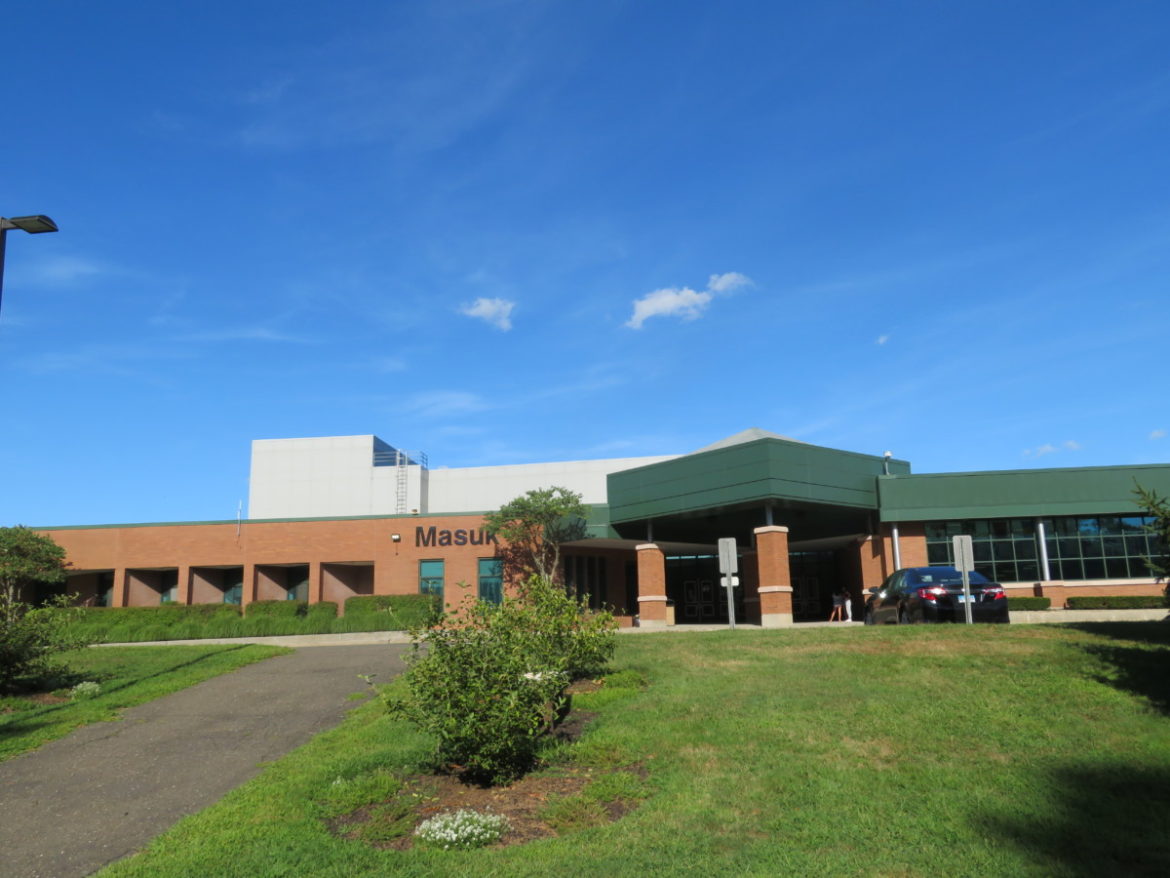 The following story is written by Ian Lowell, a secondary instructional leader of history and social sciences at Masuk High School.

This fall Governor Ned Lamont and the Connecticut Department of Education set aside $1.5 million in federal COVID relief funds for a first of its kind student initiative called Voice4Change. The program gave Connecticut high school students the opportunity to propose their own plans for school improvements with budgets of up to $20,000.

While many students came forward with ideas, the proposals had to fit one of five state required areas of focus ranging from health and wellness to technology or academics. The students also had to create a detailed budget, action plan, and commit to seeing the project through to its completion. If accepted by the State review panel, students at each school would campaign for their programs followed by a full student body vote to select a school winner.

The approved program with the most votes would get funding. Ultimately, two proposals were created to improve student life at Masuk High School.

Senior Dylan Pinto’s proposal is one close to her heart. It is called Wingman. The program was started by Ian Hockley, the father of Dylan Hockley, a Sandy Hook first grader who lost his life on that day’s tragic events.

Wingman provides leadership training for students who then work within their school and community to mentor younger students. The Wingman program is designed to empower students to help one another build a more positive school climate and a more inclusive community.

Furthermore, the program helps cultivate leadership training at a time when many traditional leadership opportunities have been lost as a result of COVID-related shutdowns and limitations.

“I settled on The Wingman Program for my Voice4change proposal because it is a program I am very passionate about and have been involved with for years, and thought it was the perfect opportunity to implement such an amazing student-led leadership program in our town, “ said Pinto.

A member of the program through her dance studio, Dylan has been trying to bring this program to the greater Masuk community since 2020, but lacked the funding to make it a reality. 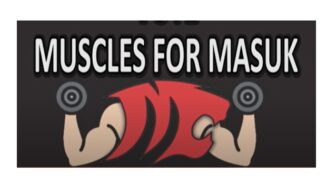 Junior Class President Christopher Tierney has always envisioned his role in student government  as a spokesman for his constituents. Chris settled on a program he titled, “Muscles for Masuk”.

As a premier athletic school where more than half the student body participates in a school sport, the Carl Bodnar Weight Room is one of the busiest places in the school, all hours of the day. Through the great efforts of the room’s namesake, much of the original equipment was purchased second hand or donated.

Unfortunately, the heavy use has taken its toll. Working with physical education teacher Justin Scarpati, Chris developed a list of equipment in need of replacement as well as new equipment to complement the existing collection.

The other issue Chris kept hearing about was the high heat in the warmer months and poor air quality. Without better ventilation workouts can get unbearable. So Chris also spoke to Head Custodian Dustin Perkins and budgeted for two air conditioning units

“After talking to many of my peers and asking what facility in our school is the most outdated and would benefit the most people from getting an upgrade, the weight room was the clear choice,” said Tierney.

Across the state, there were over 150 proposals that met the requirements to move forward for student voting in their schools.

“The Connecticut State Department of Education is immensely pleased with and proud of the innovation and creativity present in the student proposals,” State Education Commissioner Charlene Russell-Tucker said. “Students responded to our call-to-action with a focus on their social-emotional well-being. Our students are not only our future leaders – they are the changemakers of today.”

Both Dylan and Chris campaigned during the months of February and March up through Election Day, March 28. They created signs, campaign videos, and worked hard to “get out the vote”. It became a very practical effort in civic education as the kids shared efforts to attract swing voters as well as mobilizing those within their own “parties”.

For Dylan and Chris, their work demonstrated the kind of informed civic action that is the pinnacle of our school mission to develop engaged and responsible citizens. Dylan said, “I have learned so much from this experience from how to campaign and market myself, what the public finds important, how to engage people in a campaign, as well as how to get people with no prior involvement involved in a program like Wingman.”

The student body at large also learned the importance of their role as citizens by exercising their right to vote and providing input on the programs. The whole process was an authentic immersion in the practice of participatory democracy.

After all votes were tallied, Masuk students chose “Muscles for Masuk” as the winning program. Chris will receive the $20,000 funding from the state and the Carl Bodnar Weight Room will be getting a much needed makeover.

Always seeing himself in his role as representative of his peers, Chris couldn’t be happier. “This project is important to me because my goal was to positively impact as many people as I could,” he said, “and after hearing so many positive responses and winning the student body vote I feel that I have accomplished that.”

Additionally, the State Department of Education chose to fund five “at-large” proposals they felt especially met the goals outlined in the Voice4Change program. Impressively, Dylan’s Wingman program was one of these five “at-large” winners and will also receive state funding for our school and students.

While not all elections can turn out this well for both parties, it is an important lesson for all Masuk students that truly every vote counts!