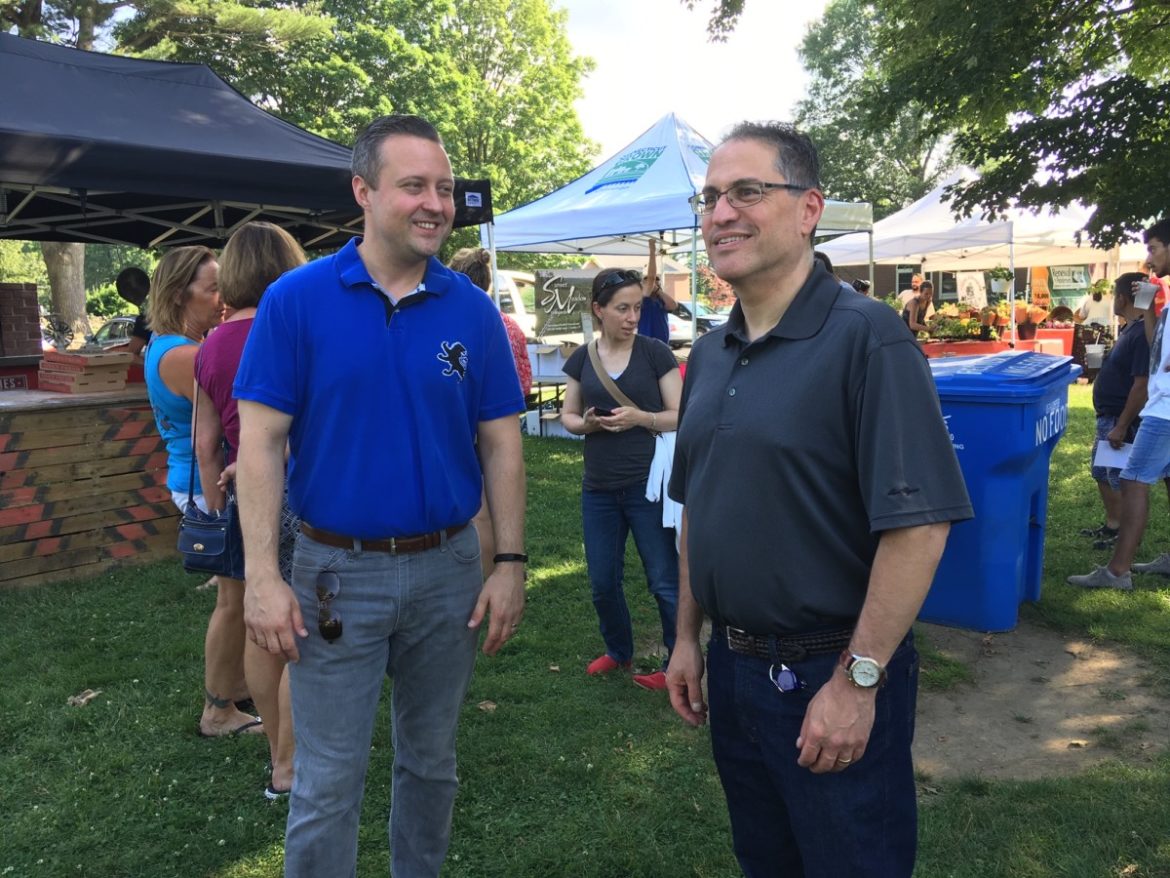 Though voters approved a town budget with a tax increase just below one percent last May, First Selectman Ken Kellogg still feels the same challenges many other municipal leaders do when it comes to keeping property taxes in check.

State officials have cut financial aid to towns and cities in recent years to close Connecticut’s billion dollar budget deficits, putting the onus on municipalities to find the money in their own budgets.

“When you hear the plight of the towns, you can’t keep raising taxes,” said Sen. Kevin C. Kelly, R-21st.

Though it did not happen this year, Gov. Ned Lamont’s desire for towns and cities to shoulder some of the costs for teacher pensions would mean a significant increase in Monroe’s budget.

However, State Rep. J.P. Sredzinski, R-112, said a bipartisan effort by town leaders and legislators reduced Monroe’s cuts and spared municipalities from sharing in teacher pension costs, which the state underfunded over the years.

“It was just enough of a bipartisan push not to put that onto municipalities, but we’re worried about it,” Sredzinski said of the pensions. “The big issue is the foot in the door.”

Kelly said the governor also proposed a total cut of over $1.4 million in Education Cost Sharing money for Monroe over a two year period, but the legislature approved a biannual budget with $240,000 in cuts.

ECS funding is based on a formula, but the state consistently underfunds many towns like Monroe.

“My goal is always to hold the towns and cities harmless,” Kelly said. “I believe when the state makes promises to its municipalities, it needs to keep those promises and to fully fund those responsibilities that they make them do.

Sen. Marilyn Moore, D-22nd, did not respond to a phone call and emails for comment.

Sredzinski credited Kellogg for doing his part in working to get the ECS funding back and sending letters about the teacher pensions to the legislature’s Finance Committee, the governor, the Connecticut Conference of Municipalities and the Connecticut Council of Small Towns —while encouraging residents to do the same.

“Monroe is about schools and keeping our quality of life,” Sredzinski said. “That’s not a partisan issue.”

One challenge to towns and cities is local budgets must be approved before the legislature approves Connecticut’s budget, so municipal leaders must put together their budgets without certainty of how much aid to count on from the state.

“Every year it’s a challenge, like any family or any business the town is not immune to the pressures of the market place,” Kellogg said. “That’s why I work extremely hard to grow our grand list to lower the burden on the residential side of the equation. I work really hard to keep spending under control and to prioritize and increase services.”

Kelly said spending, volatility and bonding caps, which were part a proposal by the Republican minority in the legislature, were adopted in the finalized state budget in a bipartisan vote two years ago.

That led to a $2 billion rainy day fund and an improved state bond rating, according to Kelly.

However, the senator did not express confidence that the state’s financial situation will improve anytime soon.

Kelly said the governor proposed closing a budget hole with $450 million in savings from refinancing pensions for state employees, but the unions have not agreed to it.

Because Lamont is required by the state constitution to balance the budget, Kelly said he will not be negotiating from a position of strength.

“They put a 10 cent tax on plastic bags,” Kelly said of the Democratic majority. “The governor projects $40 million in revenue, but a lot of grocers are going to do away with the bags.”

Kelly said all state legislators must set the right priorities.

“We need common sense solutions and to focus on solid middle class kitchen table economics,” he said. “It’s what every Connecticut family has to do.”